When I’m finished with The Boys, maybe I’ll spring for HBO and watch Our Boys, a just-released co-production with the Israeli network Keshet. New Yorker television critic Emily Nussbaum called it “a story of family grief and family dysfunction, and also a beautifully paced thriller about a police investigation” and also “a challenging work of art about the intractable problem of identity—the struggle of any individual to maintain core values, when the world demands nothing but solidarity based on shared victimhood.”

The Hebrew title, “Ha Na’urim,” doesn’t quite connote the childishness of “boys.” It’s closer to “youths.”

Good Boys, an August theatrical release about 12-year-old boys who bumble into some R-rated trouble, is still playing despite a mixed critical reception. 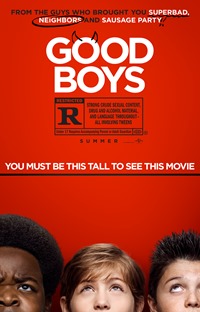 This Good Boys is not to be confused with Roberto Aguirre-Sacasa’s 2008 play of the same name, which had a revival this summer at the Pasadena Playhouse. The playwright attended the same high school as Supreme Court Justice Brett (“I like beer”) Kavanaugh; Los Angeles Times theater critic Charles McNulty wrote that the play’s “aggressive milieu of youthful masculine entitlement should be familiar to those who tuned in to the Kavanaugh grilling.” 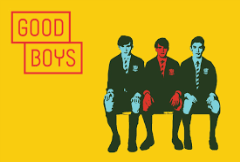 In March, Esquire magazine featured “An American Boy” on its cover. The story by Jennifer Percy—part of a series on growing up in America—begins “Ryan Morgan is seventeen and happy to be a guy.” 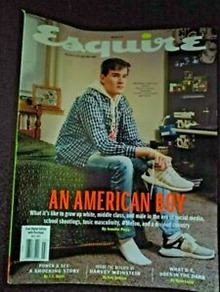 To All the Boys I’ve Loved Before is a 2018 Netflix film adapted from a 2014 young adult novel with the same title. A sequel, To All the Boys: P.S. I Still Love You, will be available for streaming in February 2020. A third film, To All the Boys: Always and Forever, Lara Jean, is in production. 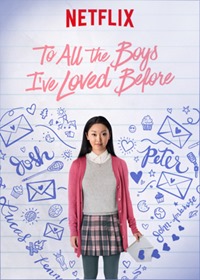 Sometimes a boy is a boi, not a boy. And a boychik—a flexible Yinglish term that can be an endearment for a young man or a condescending putdown—is sometimes a boichik.

Boichik Bagels began life as a pop-up shop and is planning several permanent locations in the East Bay.

According to a Dictionary.com entry, “boi is an alternate spelling of boy used to describe boys, yes, but also men, girls, women, and things that aren’t even human”: 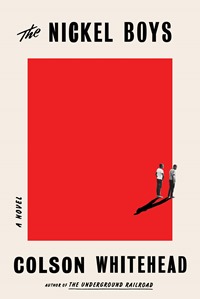 We’ve had a double dose of good boys; now it’s the bad boys’ turn. Bad Boys for Life, a sequel to Bad Boys (1995) and Bad Boys II (2003), will be released in January 2020. Will Smith and Martin Lawrence will reprise their roles as Miami detectives and lifelong friends.

And the title of this post? It was of course inspired by Deniece Williams’s 1984 hit song. I hadn’t remembered the video, which features an actual boychik.