« On the Visual Thesaurus: The character of our content | Main | Word of the week: Epistocracy » 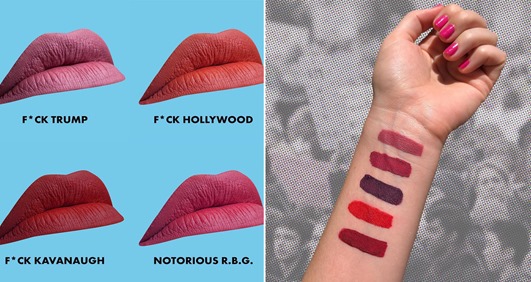 Which tech company wants to “be Earth’s most customer-centric company”? Which one wants “to empower every person and organization on the planet to achieve more”? Take Slate’s quiz and match the trendy mission statement to its source.

Like many fans, I was saddened to learn that Pacific Standard, the Santa Barbara–based online magazine that covered social and environmental justice, was abruptly ceasing publication. Before it shut down, though, it published a fascinating article by Ben Rowen about how stars are named:

The task requires great diplomacy: To label the sky is, necessarily, to unlabel it. The careful choice of which tradition to defer to contains acts of erasure. Should the two stars that make up the “stinger” in the Ptolemaic constellation Scorpius, for example, be named after the Arabic and Greek words for stinger and sting respectively, as the Western tradition has decided? Or should they be identified as two boys walking together, as the Chaco in Argentina have? The IAU’s [International Astronomical Union] parceling of the sky by executive decision, and to a lesser extent the ISR’s [International Star Registry] by payment, reveal an uncomfortable truth: The stars belong to everybody, but their names cannot. The WGSN [Working Group on Star Names] must now figure out how best to leave various peoples out.

It may make you feel good to buy a sweater that’s “ethically sourced,” but The Fashion Law blog points out that the term doesn’t really mean anything:

In other words: “sustainability,” along with other terms – such as “green,” “eco-friendly,” “ethical,” “responsibly-made,” and in many cases, even “upcycled” – lack concrete, uniform definitions with foundations in law that brands and consumers can observe.

Unlike “organic,” for instance, which comes with a certification process for producers of food and other agricultural products, as overseen by the U.S. Department of Agriculture, sustainability-centric terminology comes with no such government-mandated guidelines.

A stretch of North Berkeley that’s home to Chez Panisse, the original Peet’s Coffee, and the Cheese Board Collective has been known as the Gourmet Ghetto since the late 1970s, when a local writer, Alice Kahn, gave it that nickname. (Alice also claims to have coined “yuppie.”) Now, according to a report in Berkeleyside, the owner of Wrecking Ball Coffee Roasters “plans to lobby the city to get rid of the designation because of the racially charged connotation of the word ‘ghetto,’ a word that has evolved over the years to be a pejorative way to describe aspects of black culture.” One commenter found the controversy ridiculous: “Their gendered use of the word ‘ball’ is offensive and at odds with Berkeley Community Standards. I’m also offended by the cultural appropriation of describing themselves as a ‘Café’ even though they aren’t French. I've started a change.org petition to demand that they change their name to ‘Language Nazi Sandwich Place’.”

I missed the Freakonomics podcast episode about Trader Joe’s when it originally aired last year and was glad to finally catch up with this week’s rebroadcast. Among other tidbits: the company’s marketing director is called “Director of Words & Phrases & Clauses.” (I wrote about Trader Joe’s quirky marketing more than 12 years ago. I’m still a happy customer, although I miss the frozen green garbanzo beans.)

The weirdly sprawling shapes of gerrymandered U.S. Congressional districts have been transformed into a grotesque type font, Ugly Gerry. Gerrymander was coined in 1812 from the surname of Massachusetts governor Elbridge Gerry, a notorious redistricter; and (sala)mander.

The Church of Jesus Christ of Later-day Saints also insists on capping the "the" at the beginning of its name, though I don't think anybody who's not employed by the church or by its subsidiaries like BYU respect that wish. I don't think there have ever been any attempts to trademark the "the," though.

In the LDS Church's case, I think it comes from a desire to distinguish itself from offshoots with similar names, like the erstwhile Reorganized Church of Jesus Christ of Latter Day Saints (now the Community of Christ) and the Fundamentalist Church of Jesus Christ of Latter-day Saints. But I don't think anyone reads as much into that capped "the" as the church hopes.

(There are also debates over the hyphen in "latter-day" and the capping of "day.")

Hi,
Interesting article and site. I share your views that nowadays the competition between companies is going as far as trademarking simple words from dictionary.

Indeed the alternative labelling that is not regulated can be misleading.If I'm not mistaken in Europe the label "Bio" is regulated.

I'm curious about another subject: internet domain names, and in particular cross country/ multinational/ multilingual companies. How can a good domain name be chosen for companies, ngos, organisations?