The high-end Lagonda automobile brand has been owned by British carmaker Aston-Martin since 1947. But it was founded by an American, Wilbur Gunn, who named it after a Shawnee settlement near his hometown of Springfield, Ohio. (Car and Driver via Greg Lloyd). See also: Wakanda. 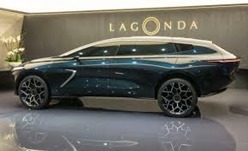 Happy 20th birthday to the word blog! (Marc Weidenbaum for Disquiet, which was founded three years before blog was coined. Via Rebecca Bird Grigsby)

After being accused of cultural appropriation, Kim Kardashian West changed the name of her shapewear line from Kimono to Solutionwear. But should she ditch the concept entirely? (The Guardian)

How to talk about wine without sounding like an ignoramus or an asshole. (Eric Asimov for New York Times)

“In the past, all a name needed to do was describe a color — for example, bright pink. Today, however, we want consumers to connect with colors. So instead, that color might be called ‘Vivacious.’ ” (Elizabeth Mayhew for Washington Post) For a different historical take, see my Vocabulary.com column, “Where Have All the Ordinary Color Names Gone?” 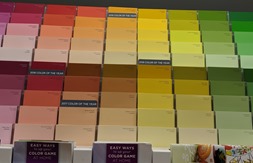 So much going on here that I actually bought this to have a better opportunity to examine the clutter and jargon and fonts and pictures. Bonus negative points for #craveable pic.twitter.com/q4ruZR8q6r

The Swedes have a word for it: flygskam, or “flying shame,” is the guilt you feel because your airborne hours are contributing to climate change. Electric-powered airplanes may help solve the problem and soothe the conscience. (Bloomberg)

As of this month, the state of Mississippi is banning plant-based meat providers from using labels like “veggie burger” or “vegan hot dog” on their products. “Proponents claim the law is necessary to avoid confusing consumers — but given that the phrase ‘veggie burger’ hasn’t been especially confusing for consumers this whole time, it certainly seems more like an effort to keep alternatives to meat away from shoppers.” (Kelsey Piper for Vox via Harry McCracken)