Ever 4ever: An update

It’s been almost five years since I wrote about a branding trend I’d noticed: names that began with Ever. There were the classics: Eveready batteries, Everlast sporting goods, Everclear knockout alcohol. There were the new Evers on the block: Everlane for fashion, Evercharge for EV charging (get it?), Everplans for death planning, Evernote for note-taking, Eversnap for photos, Evergage and Everspin for … something else.

Half a decade later, the trend is still trundling along. Exhibit Umpteen is a new restaurant, or restaurant concept—it won’t open till 2020—called simply Ever. Or, more precisely, “Curtis Duffy’s Ever,” Duffy being the Chicago chef who’s opening the joint with general manager Michael Muser. The New York Times food section published a breathless preview this week that included this tidbit about the name:

It would have the best china, they said, the best furniture ever. They’d use ingredients that were fresher, more seasonal than they ever had before. They’d make a meal more elaborate than anyone had ever seen.

Ever: That word just kept coming up. So, they decided, that would be the name.

“It’s this little word, this little four-letter thing that we pack into the most epic experiences of our lives,” Mr. Muser said in a phone interview. “This experience, that we’re going to put in front of everybody, this is our Ever.”

The Ever wordmark, which could be recycled into a drugstore perfume label if the whole $300-to-$500-tasting-menu thing doesn’t work out.

The culinary Ever may be the most pretentious new example of the trend, but it’s far from the only one. Other new or new-to-me Evers include Everlife luxury vinyl tile; Eversource, a New England energy provider; Everstring marketing and sales-intelligence software; Eversight pricing and promotion “solutions” (not to be confused with Eversight, a blindness nonprofit); Everloved memorial services; Everbridge “critical event management and enterprise safety”; and Ever.ai, “a higher standard for face recognition.” 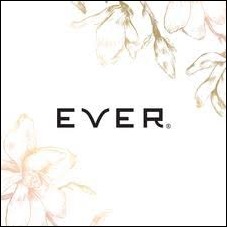 EVER skincare and makeup, a Stella & Dot company.

And the trend isn’t limited to brand names.

Now is for "Ever." The rise of names starting with EVER continues, led by Everett and every imaginable spelling of Everly. pic.twitter.com/wRKkTyxwBW

What accounts for the Ever surge? My best guess: It’s a concise way to evoke permanence in a fast-changing world. Ever goes all the way back to Old English æfre (“ever, at any time, always”), and it’s distinctly Anglo, “with no cognates in any other Germanic language,” the OED tells us. For centuries, it’s been used as an intensifier for when, what, how, and where. 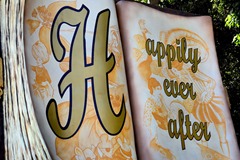 “Happily ever after,” the “hyperbolic phrase” that ends many English-language fairy tales, dates back only the mid 1800s. (Photo: Entrance/exit of Children’s Fairyland, Oakland.)

Of course, ever can also be a negative intensifier. 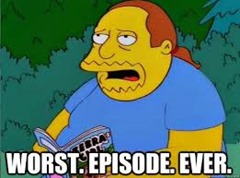 Whatever! Let’s close with some Everly Brothers, from 1960.

Posted at 06:00 AM in Baby Names, Naming, Restaurants, Trends | Permalink