If you doubt that Americans say "invaders" or "invasion," do a Google search, or note remarks by the president today. He both used the word and defended its frequent use: "People hate the word invasion, but that's what it is," https://t.co/X5HYiqALJw

Unlike “immigrants,” invade, invader and invasion are loaded terms. Their Latin roots – in and vādĕre, to go or walk --are neutral*, but ever since the words entered English in the late 15th century they’ve connoted aggression: “to enter in a hostile manner, or with armed force; to make an inroad or hostile incursion into.” In the late 19th century, invasion began to be used to describe medical pathologies: “the process by which a particular organ or part becomes affected with disease or parasites existing elsewhere in the organism.” 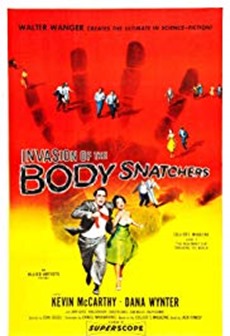 Invasion of the Body Snatchers (1956). Directed by Don Siegel, the film about vegetable pods from outer space has been regarded as a political allegory about either Communism, McCarthyism, or group-think – take your pick. It was remade by Philip Kaufman in 1978.

In the early 20th century – originally in the U.S., then in Australia and New Zealand – the term home invasion caught on among police and the courts to describe “an act of entering a private dwelling without the permission of the occupier,” especially while it is occupied. (Home invasion is much older than I’d guessed: the OED’s earliest citation is from a February 1, 1912, article in the Washington Post.) Invasion and its relatives are also pressed into service to describe infringement or intrusion: invasion of privacy, invasions of rights, species invasion. 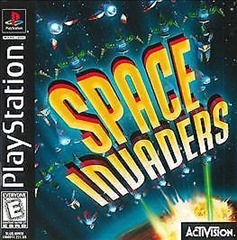 In business and product names, “invader” is often used for humor, irony, or thrills. The arcade game Space Invaders, released in 1978, was an immediate success and remains the highest-grossing video game of all time.

Then there’s pitch invasion (field invasion in the U.S.), a football (soccer) term for a rush of spectators onto the playing area. In just the last week there have been several news stories about pitch invasions in the UK; in one, seven Newcastle supporters, including a 14-year-old, were arrested. The idiom has been adopted by a business, Pitch Invasion, that offers “football [soccer] news and betting tips.”

The oddest use of invasion I’ve seen outside the White House is in the name a vacation-booking company headquartered in Salford, UK, about midway between Liverpool and Sheffield. Invasion.com offers “Asian adventures,” “city breaks,” “sports travel,” “medical placements,” and other travel opportunities; according to the website, it has “a presence in every major continent around the world with sectors ranging from travel, recruitment, promotions, holidays and charity.” Its logo, a rendering of an ancient Greek helmet, was inspired not by the Trojan War but by a gift presented to co-founder Nick Steiert, who has Greek heritage. The web copy talks cheerily about “adventure, fun, excellence, innovation and value for money”; it extols the “Invasion trait” of “invading another destination for the purpose of leisure”; it calls its employees and customers “Invaders.” The head office even has a full-size figure of Darth Vader (get it?). Perhaps the happy Invasion folks would like to send their upbeat message to the current occupant of 1600 Pennsylvania Avenue.

* Compare evade and pervade, which share the -vade root.