say hello to my little complexifier

In his February 8 Word on the Street column for the Wall Street Journal (paywalled, but you can read it here), Ben Zimmer attempted to simplexify the story:

The word is not, in fact, Mr. Bezos’ invention, but it is certainly the kind of jargon that would sound peculiar to many who have not encountered it. And even though you won’t find “complexifier” in any major English dictionary, the word’s meaning can nonetheless be gleaned from its building blocks. If circumstances become complex, they are “complexified,” and if something adds to the complexity of a situation, it is a “complexifier.”

As Ben points out, complex entered English from Latin in the 17th century, a boom time for Latinate borrowings. Complexify first appeared around 1830, in a survey of German poetry cited by the OED: “There is an underplot…which complexifies the incidents.” The OED also has definitions and citations for complexification, complexifying, and complexified (1929, 1923, and 1962, respectively). In mathematics, complexification is “an extension from a basis on real numbers to a basis on complex numbers.” No, I don’t know what that means, but this guy does. 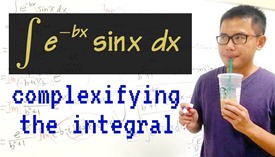 Complexifier has a history as well: Ben found the word in a 1970 speech given by Daniel Moynihan when he left his position as counselor to President Nixon. But Moynihan used it to mean “a person who embraces complexity” – the opposite of a simplifier – and not, as Ben puts it, to refer to “a circumstance that muddies the waters.”

Words like complexify and complexifier tend to rankle because they’re perceived, often accurately, as business jargon. Not only that: For the last decade or so there’s been an explosion of coined brand names ending in -ify, from Abilify to Zenify. To which you’d be justified in saying: Enough already! (For more, see the Wall of Namifying.) 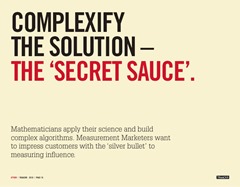 For my money, which is considerably less than Bezos’s, the best bit of linguistic ingenuity to come out of all this complexifying is Dave Pell’s innuendo-laden counterpoint, also published on Medium, which he cleverly titled “Dickpic, Lightning.”*

* “My very photogenic mother died in a freak accident (picnic, lightning) when I was three…” – Humbert Humbert, Lolita**

Posted at 06:00 AM in Current Affairs, Jargon, Neologisms, Word of the Week | Permalink