But not just any kind of shitty writing. Cacography consists, specifically, of clumsily scrawled words (the opposite of calligraphy, or “beautifully written”) or badly spelled words—especially if the bad spelling is intentional. (The opposite here is orthography, or “rightly written.”)

Which is my roundabout way of introducing you to, and recommending, the book that introduced me to cacography: Dreyer’s English: An Utterly Correct Guide to Clarity and Style, by Benjamin Dreyer. 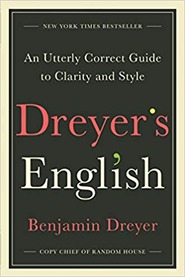 Benjamin—I’m going to first-name him, since we’ve Twitter-known each other for years and also since he did me the great honor of mentioning that connection in his Acknowledgments—has the somewhat awkward title of “vice president, executive managing editor and copy chief” at Random House, which of course published the book, which became a nearly instant best-seller upon its release on January 29. His guide is a quirky and compulsively readable* combination of personal history (he landed in book publishing almost by accident after several post-collegiate years as a waiter), anecdotes (many of them hilarious), advice, and ruminations on wordy topics: American vs. British usage; the misattribution of quotations (usually to Albert Einstein, Oscar Wilde, or Mark Twain); series or “Oxford” commas (he’s for them); Shia LaBeouf (“I appreciate people who take the time to spell this odd actor’s odd name correctly”). If you’re on Twitter, you should be following @bcdreyer, if not for the editorial opinions then for the beautiful pictures of his dog, Sallie. After you’ve been reading him for a while, your own writing starts to take on a Dreyeresque cast, as if by cyber-osmosis. Well, mine does. As you see here.

Anyway: Toward the back of Dreyer’s English, Dreyer addresses “Assorted Brand Names and Trademarks You’ll Want to Spell Correctly,” and it was in the entry for Froot Loops that I read this: “An intentionally comic misspelling (as ‘Froot’) is called a cacography.” 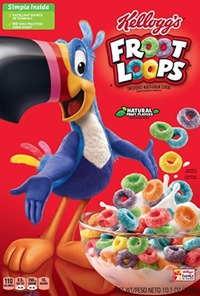 Here’s a deadpan description of Froot Loops that I lifted from Revolvy:

The cereal pieces are ring-shaped (hence “loops”) and come in a variety of bright colors and a blend of fruit flavors (hence “froot”, a cacography of fruit). However, there is no actual fruit in Froot Loops and they are all the same flavor.

Many classic brand names are cacographic: Krispy Kreme, Play-Doh, Cheez-It. (I wrote about some of the Krispys for the Visual Thesaurus in 2017, and about the various Cheezes in 2011.) Even Playskool, which makes educational toys and for that reason might have considered doing better, is a cacographer. 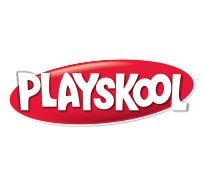 Cacography is also a hallmark of many tech brands, including Flickr, Lyft, and Google (the mathematical term is spelled googol). 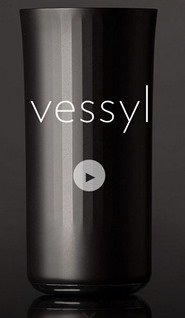 I wrote about Vessyl, the $100 cacographically spelled “smart cup,” in 2014; the company that promised to manufacture it went out of business in 2018 without ever delivering any product.

You can test your knowledge of intentionally misspelled produx and brandz with this clever Sporcle quiz.

One more irresistible trademark-spelling item from Dreyer’s English—not exactly cacography, but close: Caesars Palace, the hotel and casino, is spelled without an apostrophe “because, we are told, Caesars founder Jay Sarno decreed, ‘We’re all Caesars.’”

* Especially but not exclusively if you’re a writer or editor.

Posted at 06:00 AM in Books, Branding, Greek, Naming, Spelling, Usage, Word of the Week | Permalink

Cacography criticism as career - who knew?

Bob: Here's what Benjamin Dreyer has to say about that: "The absence of a period in the name of this soda pop is much discussed at copyediting bacchanals."

The earliest example I can remember is KOOL cigarettes, the first menthol cigarettes, I think. Packages and ads had a green logo with overlapping "O"s."Willie the Penguin" was the mascot, until the 60s. I remember radio commercials (and maybe TV): Anncr: "Willie the penguin says, 'Smoke KOOLs'" (in a falsetto, as you would expect from a penguin.)

Years ago, I called a German orchestra the XX Cacaphonic Orchestra (can't remember which, now, even though it should have been memorable as such); also, a few chamber groups.

I wonder if Little Caesars uses a similar rationale in its decision to go apostrophe-less.