« On the Visual Thesaurus: Influence and influencer | Main | Word of the week: Backbencher »

Speaking of weird: This is an article about how chyrons – “the unremitting onscreen text graphics beloved by the president that turn television news programs into frantic, kinetic information collages” – are named after Chiron, the centaur who “was not biologically related to the other centaurs who shared his mountain domain,” which is peculiar enough. But wait till get you get to the connection to Ricola, the cough-drop maker. (Wait)

Information for people not from the Southwest. Chili peppers change their names when dried. h/t someone. pic.twitter.com/ctLB0gXuqt

“True, Sony’s Jumbotron still helps to broadcast presidential addresses and rock concerts; and the whole US media landscape is monitored by what was until recently called Arbitron, a ratings system that registers home radio and television habits. But today it’s all too easy to forget the technological promise that ‘tron’ contains, and hear only its kitschy and cartoonish overtones.” (Aeon; h/t @hangingnoodles)

Speaking of suffixes: a ’splainer about -splain. (CJR)

“If books have design eras, we’re in an age of statement wallpaper and fatty text. We have the internet to thank — and not just the interface but the economy that’s evolved around it.” (Vulture) 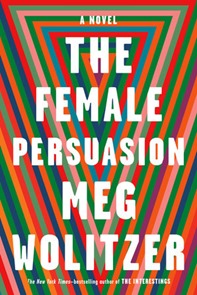 The Female Persuasion, an example of “the second wave of internet-forward design”

They call it “fake news” in other countries, too. (Mosaic)

NASA’s Mars rover, Opportunity, ended its mission earlier this week, but a new UK-assembled Mars rover will launch next year. Its name, revealed earlier this month, is Rosalind Franklin, in honor of the DNA scientist whose X-ray images allowed James Watson and Francis Crick to decipher the double helix. (BBC)

“Very few brands turn down the free publicity of being mentioned in a hit song” – although the BBC has forced the writers of several brand-incorporating songs (“The Cover of Rolling Stone,” “Lola”) to alter their lyrics before they could be broadcast. (Under the Influence)

Heck, your monthly linkfests are rabbit-holes!

Under the Influence is one of my favourite radio shows - I was listening to old episodes today and wondered idly if you ever listen to it too. That prompted me to pop over to catch up on your posts, and here I am, discovering the answer to my question :).