Word of the week: Gambit

I usually wait for at least three sightings of a phenomenon to declare a trend. But in the case of gambit, I decided that two big, unrelated occurrences within a single week were sufficient. They were certainly enough to start me scurrying down multiple rabbit holes, etymological and cultural.

Gambit has been used frequently in media coverage of the ongoing U.S. government shutdown, now slogging into its fifth week.

Speaker of the House Nancy Pelosi has a gambit, according to The New Yorker.

A couple of weeks ago, Bloomberg, Salon, and HuffPost wrote about Trump’s “emergency powers gambit”; and People for the American Way, a progressive advocacy organization, published a blog post about “Trump’s dangerous border wall gambit.”

On the second anniversary of Trump’s inauguration, David Rothkopf launched a long, acerbic tweet-critique, singling out the president’s “moronic and offensive gambit.”

That was one spate of gambits. The other centered on capital-G Gambit, the Marvel Comics character who may finally get his own movie, if box-office catnip Channing Tatum has his way: Deadline reported on January 18 that Tatum “has long been slotted to play the charming card-throwing mutant, and buzz has been that he might direct the film after several other filmmakers have been in and out.” 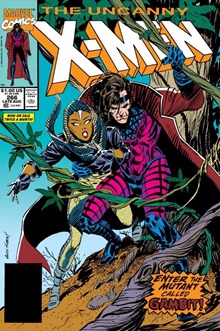 The Gambit character, né Remy Etienne LeBeau in New Orleans, made his debut in a 1990 issue of “The Uncanny X-Men.”

Coincidentally – maybe – “Gambit” is the name of “New Orleans’ signature weekly news and entertainment paper.” It was bought by The Advocate, Louisiana’s largest newspaper, in April 2018. 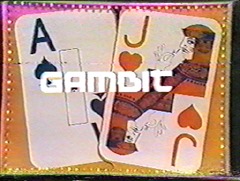 Even if you’re unfamiliar with pop-culture Gambits – and there are plenty more – you may recognize gambit as a chess term. When it entered English in the mid-17th century, either from Spanish or Italian, it referred to “a game, or sequence of moves, involving a sacrifice to launch an attack or gain some other advantage.” Today it describes an opening move in which a player offers a sacrifice (usually of a pawn) for the sake of a compensating advantage. The OED is uncharacteristically vague about what Spanish gambito meant, but Italian gambetto derives from gamba (“leg”), and means “a tripping up,” especially as a wrestling move.* (It’s related to gambol: to run and jump playfully.) In the mid-19th century, gambit began to be used more generally to mean “a stratagem” or “a remark intended to initiate or change the course of a discussion.”

There are 15 registered GAMBIT trademarks in the U.S. database, the oldest of which is the New Orleans newspaper cited above (registered in 1987). The others include an herbicide, a Maltese wine brand, suspension parts for all-terrain vehicles, and e-cigarette liquid. There’s also the e-sports company Gambit, which Wikipedia says is a Russian corporation based in the UK. It’s the first business I’ve come across to use the .gg country-code domain (for the crown dependency of Guernsey).

In the 1966 movie Gambit, Michael Caine plays a Cockney cat burglar (plausible) and Virginia-born Shirley MacLaine, of Scots-Irish-Canadian ancestry, plays “a Hong Kong dancer named Nicole Chang” (highly implausible, but not unprecedented: in the 1956 blockbuster Around the World in 80 Days MacLaine had played an Indian princess). That sort of casting would never happen now, right? 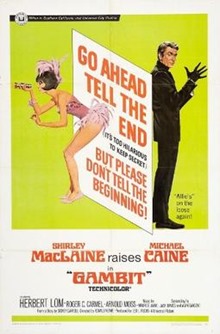 The film was remade in 2014 with Colin Firth and Cameron Diaz in the Caine and MacLaine roles, sort of; Joel and Ethan Coen wrote the screenplay but didn’t direct. It has a 17% rating on Rotten Tomatoes; a New York Times reviewer called it “almost serenely boring.” 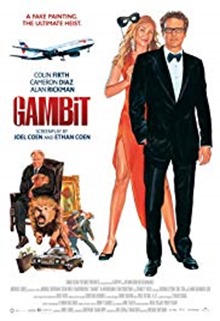 * This isn’t the first bit of wrestling jargon to be connected to the Trump era: See my posts on kayfabe and jabroni.

Posted at 06:00 AM in Italian, Politics, Sports, Television, Titles, Word of the Week | Permalink