Word of the week: Furlough

The longest government shutdown in U.S. history began on December 22, 2018, when Congress and the White House failed to break an impasse over a spending bill. It is now in its fourth week. An estimated 800,000 federal employees are either working without pay – as in the case of thousands of TSA workers at the nation’s airports – or furloughed: sent home, deprived of paychecks, and forbidden to do any kind of work on behalf of the government. “Furloughed employees have no automatic right to payment,” Eric Reed wrote in The Street on January 14; “however, historically Congress has paid all federal workers for the time they lost during a shutdown.”

This use of furlough to describe an involuntary, uncertain work suspension isn’t new – the OED’s earliest citation is from 1867, in the Bangor (Maine) Daily Whig & Courier – but it isn’t the original sense of the word. And it’s distinctly American.

Furlough entered English in the early 1600s from Dutch verlof, which means “permission”; the English word was originally spelled vorloffe and originally rhymed more with cough than with dough, although by the 1770s the -gh spelling and /o/ sound predominated. (The -lof suffix has been traced to a Proto-Indo-European root that also gives us believe and love.) In its earliest use, still common today, a furlough was a leave of absence given to a soldier; unlike today’s government furloughs, military furloughs are traditionally welcome and well compensated.

Prison inmates may also qualify for furlough – or, as the Jail Time Consulting website puts it, “Time out of prison with your family!” The website explains: “A furlough is not a right but a privilege granted a federal prison inmate under prescribed conditions. It is not a reward for good behavior, or a means to shorten a criminal sentence. A furlough is defined as ‘an authorized absence from a federal prison by an inmate who is not under escort of a staff member, U.S. Marshal, or state or federal agents’.” 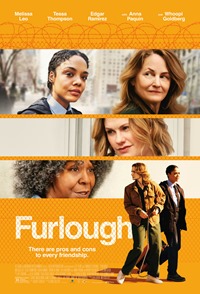 Furlough (2018). “A young woman works part time at a prison while also caring for her mother. The rookie guard gets a chance to prove her mettle when she's tasked with accompanying a hellraising inmate on an emergency furlough to visit her dying mother. But things soon spiral out of control, sending the pair on a surprisingly touching road trip.” (Wikipedia)

In popular culture, military furloughs are often treated as comic or romantic material. 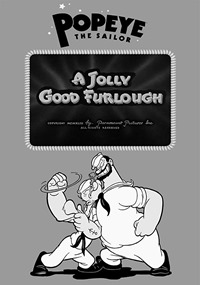 A Jolly Good Furlough (1943). “Popeye is doing a great job of sinking Japanese ships (complete with toilet-flush sound effect). A carrier pigeon brings him notice that he’s been granted a month furlough, which he plans to spend with Olive and his nephews.” (IMDb) 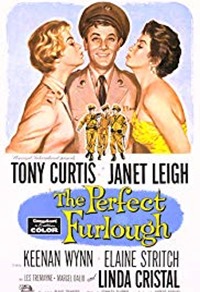 The Perfect Furlough (1958). “In this frothy romantic comedy, a hard-working female Army shrink (Janet Leigh) devises the ‘perfect furlough’ for battle weary men and convinces the brass to let her try it on selected men stationed at her base. According to her plan, selected men would be given three weeks, tailor made to fit their deepest desires. Her first test-case is a handsome ladies’ man (Tony Curtis) who chooses to go to Paris with his favorite movie star.” (Rotten Tomatoes)

There hasn’t been much levity during the current shutdown, which was triggered by President Trump’s demand for $5.6 billion in federal funds for a southern border wall – the same wall that he claimed, in his 2016 campaign speeches, would be paid for by Mexico. Although one White House economic adviser compared the shutdown to “a vacation” and said furloughed employees are “better off,” that isn’t the reality for the thousands of federal workers and contractors who have had their lives upended. And it certainly doesn’t describe the effects of suspending many essential services such as food inspections. Still, you have to admit that “snurlough” is a little bit amusing.

Friends say this is snow day meets federal workers furlough is being short-handed as “snurlough” pic.twitter.com/D648spFNs0

Posted at 06:00 AM in Government, Portmanteaus, Word of the Week | Permalink