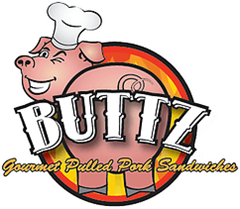 The Buttz food truck was denied a contract with a school in the Houston Independent School District.

During the Trump Shutdown, as I prefer to call it, some TSA employees who were working without pay “called out sick,” according to a NBC News report. Wait – isn’t it call in sick? Or call off sick? Well, it depends. (H/t Braulio Agnese)

If great scientists had logos… pic.twitter.com/0dYpjDl6tJ

The first U.S. presidential primaries are a year away, but there’s already a crowded field of potential Democratic candidates. CNN presents a guide to pronouncing their names (and some name-origin info, too).

Speaking of pronunciation, here’s James Harbeck – just in time for Robert Burns Day!– with tips on how to pronounce the names of some Scotch whisky brands.

Book break! Three of my favorite word people on the internet – I’ve even met two of them IRL – have books coming out in the near or very near future.

The Brand New blog posted before-and-after images of the U.S. Department of Defense logo without explanation – because none was provided. But commenters had plenty to say (“So bad.” “Actively horrible.” “Mind if I laugh?””Dafuq?”) I like Andy Hollenbeck’s observation: “If they ever want to start a Department of Offense, they’ve got their logo. It is offensive.”

Let’s end on a more pacific note: Tricycle: The Buddhist Review, calls itself “the leading independent journal of Buddhism in the West.” Why is it called Tricycle? “A three-wheeled vehicle aptly evokes the fundamental components of Buddhist philosophy. Buddhism itself is often referred to as the ‘vehicle to enlightenment,’ and the tricycle’s three wheels allude to the three treasures: The Buddha, Dharma, and Sangha, or the enlightened teacher, the teachings, and the community.” An excellent example of evocative, non-descriptive naming.

Posted at 06:00 AM in Advertising, Baby Names, Beer, Books, Design, Food and Drink, Government, How They Got That Name, Idioms, Linkfest, Naming, Politics, Pronunciation, Science, Word of the Year, Writing | Permalink