« December linkfest | Main | On the Visual Thesaurus: Brand names of the year for 2018 »

Bomb cyclone. “The scariest term in weather” (according to Fast Company) began surfacing at the beginning of the year, when a big winter storm brought ice, snow, rain, and high winds to the eastern U.S. The phenomenon, also called a “weather bomb,” results from extremely low barometric pressure. “Bomb” has been used in connection with winter weather since the 1940s. Runner-up: firenado.

Caravan. In the spring it was used in reference to a protest march northward through Mexico by a group called Pueblos sin Fronteras (People without Borders). In the fall it referred to several thousand Central Americans seeking asylum at the U.S.-Mexico border. Caravan has traveled far: From the Persian karvan – a group of travelers on a desert journey – the word moved through Arabic, medieval Latin, French, and Italian, arriving in English in the late 16th century. Read Ben Zimmer’s April “Word on the Street” column about caravan. 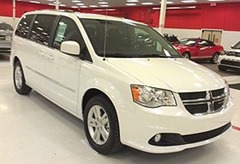 2016 Dodge Caravan. Introduced in 1984, the Caravan is a minivan currently manufactured by Fiat Chrysler Automobiles. Van is a shortening of caravan; it entered English around 1829, when it signified a covered truck or wagon.

Civility. It was eulogized at George H.W. Bush’s funeral service, invoked when the White House press secretary was politely asked to leave a restaurant, and dissected in the New York Times Sunday Magazine’s “First Words” column. (“What Americans currently register as a loss of civility is a loss not only of civilité but also of civilitas, the nervous system of our civic life, which synthesizes relations among us, our fellow citizens, our moral obligations and our commitments to fair governance,” wrote Z.Z. Packer.) And then, on December 1, P.M. Forni died. He was a member of the Johns Hopkins University faculty, the founder of the Johns Hopkins Civility Project, and the author of two books on civility. R.I.P.

Crisis actor. In its original usage, a crisis actor was someone who took part in a simulation of an emergency or disaster. After the Sandy Hook Elementary School massacre in 2012, conspiracy theorists appropriated the term, claiming that the shooting was a hoax and the survivors were paid professionals. It resurfaced – explosively – after the February 14, 2018, massacre in a Parkland, Florida, high school, when teenage students were accused of faking the whole horrifying event for their personal profit. "In the conspiracist mindset, everything is potentially a deception," David Carroll, an associate professor of media design at The New School, told NBC News. "And a supposed secret cabal that orchestrates the liberal conspiracy against the American right-wing would have to involve paid actors, who allegedly appear at staged school massacres, as an elaborate hoax performance to justify gun confiscation." Runner-up: stochastic terrorism, “the use of mass communications to incite random actors to carry out violent or terrorist acts that are statistically predictable but individually unpredictable.”

Esports. What used to be called online gaming, or “wasting time,” has been elevated to a full-fledged sport with participants and spectators. The 16,000-seat Esports Arena opened in Oakland, California, in May 2018; esports will be a medal event in the 2022 Asian Games. As of February 2018, the video-game-streaming platform Twitch had 15 million daily active viewers. View my post about esports and “emotes.”

Hippocampus. “Indelible in the hippocampus is the laughter. The uproarious laughter between the two, and their having fun at my expense.” That was how, in September, Dr. Christine Blasey Ford, a psychologist, summarized her recollection of a sexual assault by Supreme Court nominee Brett Kavanaugh when she and Kavanaugh were teenagers. The hippocampus, at the base of the skull, is the part of the brain responsible for memory function; its name, from the Greek words for “horse” and “sea monster,” is also the name of the genus comprising seahorses. 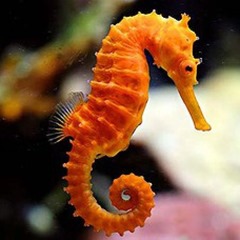 Incel. A portmanteau of involuntary and celibate, the word describes “an internet-based subculture of heterosexual men who blame women – often to radically misogynistic extremes – for their lack of a sex life and for their relationship failures more generally.” (Weekly Word Watch, April 2018). It gained currency after a self-described incel, Alek Minassian, killed 10 people by driving a van into a busy Toronto sidewalk. On May 9, the New York Times published an article by Amanda Taub comparing incels to jihadists, calling the former “the latest manifestation of a much larger movement hidden just beneath the surface of polite society across the West. They are just one part of a set of ideologies, now growing in size and influence, that speak to broader resentments among men in Western societies.” Writing in May for Politico, Ben Zimmer traced the origins of incel to the late 1990s, when a Canadian woman who prefers to be known only as “Alana” created a personal website for “dating-shy” people that she titled “Alana’s Involuntary Celibacy Project.” The title was later shortened to INVCEL, and finally to incel. Runner-up: MAGAbomber.

Mood. By itself, it’s a nod, an endorsement, a “wonderful slang word designed to express understanding,” as Anne Curzan put it in a July post on Lingua Franca. As big mood, it’s an acknowledgment of dramatic tension or over-the-top emotion.

In Old English, mod meant “heart, frame of mind, spirit; courage, arrogance, pride; power, violence,” and was frequently used to form compounds such as modcræftig (“intelligent”) and modful (“proud”). To be “in the mood” for something was first documented in the 1580s. 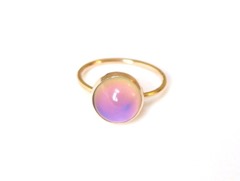 Mood ring via Etsy. A fad in the 1970s, mood rings have thermochromic stones that change color depending on the temperature of the finger.

Shadow banning. In July, some conservatives (and the president of the United States) accused Twitter of “shadow banning” some Republicans’ accounts: causing their timelines to be invisible to everyone but themselves. Twitter was not, in fact, engaging in this practice; what it was actually doing was causing some Republican officials’ names not to be auto-generated in the search box, effectively limiting their visibility. “That is not at all shadow banning,” Monica Stephens, a professor of social media at SUNY-Buffalo, told the New York Times. “This all goes back to a lot of people not understanding how the social media they interact with works.” Runner-up: demonetization.

Shithole. “Why are we having all these people from shithole countries come here?” asked the president of the United States in a January meeting with legislators from both major parties. He was referring specifically to Haiti, El Salvador, and the entire continent of Africa; his idea of a non-shithole country was Norway. (Guess why one of these things is not like the others.) Published reports of the usage – sanitized or explicit – caused a flurry of activity in dictionary offices, reported lexicographer Kory Stamper.

We are the shithole nation. https://t.co/CrJ1WIX8Ie

Songversation. “Tech elites who are looking for more than extra zeros in their bank statements are finding it in an unlikely place,” declared the New York Times style section in a June 29 story: “so-called songversations, emotion-heavy gatherings that combine philosophical rap sessions with improvised music, run by a ukulele-strumming songstress who describes herself as a ‘heartist’.” These “soul salons” are said to “import the cosmic-explorer sensibility of Burning Man’s dusty playa into the cozy living rooms of prominent entrepreneurs.” Songversation wins my vote as Worst Portmanteau of the Year, and also Most Unnecessary Word of the Year. Runner-up: pegan.

Tariff. Throughout the year, the U.S. president promised, threatened, delayed, and deferred taxes on imports from a range of countries, including Canada and China. Tariff now means a kind of tax, but as Ben Zimmer pointed out in a May column for the Wall Street Journal, the word comes to us from Arabic, where ta’rif meant “information” or “notification.” It became tariffa in mid-14th-century Sicilian, and arrived in English in the 16th century. Its sense of “a classified list of charges made in a business” is recorded from 1757. Runner-up: stunt.

I want just one reporter, just one, just once to ask him how he thinks tariffs work. https://t.co/jwORaBcwM1 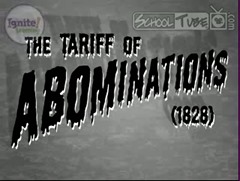 The Tariff of Abominations, passed by the U.S. Congress in 1828, “sought to protect northern and western agricultural products from competition with foreign imports.” (Source: House.gov) Its Southern opponents gave it the “abominations” label.

Tender-age shelter. In June, the Trump administration set up a new policy of separating migrant children from their families at the U.S.-Mexico border. The detention facilities for young children, called “cages” and “chain-link partitions” by some observers, were officially known as “tender-age shelters” or “tender-age facilities.” As John Kelly pointed out in his (now, sadly, defunct) Weekly Word Watch column for Oxford Dictionaries, “tender age” has been used in reference to young, vulnerable children since the 1400s. As John McWhorter observed on CNN.com, “The purpose of such language is to mask the cruel detention of these bewildered children in internment compounds, done in an effort to penalize their parents for attempting to enter America, some illegally.” He called the term “nefariously Orwellian.” My selection for Euphemism of the Year.

Treasonweasel. You could call him, as Spy magazine used to do, a “short-fingered vulgarian.” You could call him, as some Scots have, “a tangerine wankmaggot” or a “bawbag.” You could call him a “ferret-wearing shitgibbon,” an “utter cockwomble,” or a “mangled apricot hellbeast.” Lately, though, Americans on Twitter have taken to calling him, and anyone in his inner circle, a treasonweasel, an epithet that comprises a satisfying internal rhyme, a legal indictment, and a synonym for “sneaky person.” Runner-up: quisling.

White caller crime. A new-this-year coinage to describe a bizarre trend of white people calling the cops on black people doing innocuous things in public such as reading, mowing the lawn, or barbecuing. Read my August 6 post.