Polldaddy is dead; long live Crowdsignal, its successor in the platform-agnostic poll- and survey-creation business. The service, which is owned by Wordpress, was silent on the reason for the recent name change, leaving us to wonder: Was daddy too patriarchal? Was the name likely to be confused with the unrelated GoDaddy*, the internet-domain registrar?

As long as we’re asking questions, what accounts for the plethora of DADDY brand names? There are 757 DADDY registrations in the U.S. Patent and Trademark Office database, from FROG DADDY (“men’s and women’s wearing apparel”) and CAT DADDY (“beds for household pets”) to THE SOUP DADDY (“soups, stews”), THE CANDLE DADDY (“candles”), TACO DADDY (“catering”), UNDERWEAR DADDY (“socks”), CHOCOLATE DADDY (“sunglasses”), WOLF DADDY (“reality-based television program”), and ICE DADDY (“electric air deodorizers for refrigerators”). Nearly a third of the registrations have been filed in the last two years. What accounts for the trend?

The colloquial diminutive of dad has been with us since about 1500; daddy-o, the beatnik signifier, first appeared in print around 1949. Sugar daddy – “an elderly man who lavishes gifts on a young woman” – is a 1920s invention, as is Sugar Daddy, “the delicious caramel sucker.” When it was first manufactured, in 1925, Sugar Daddy was called the Papa Sucker; the name was changed in 1932. Sugar Babies were introduced in 1935, and the chocolate-coated Sugar Mama was sold from 1965 to the 1980s. 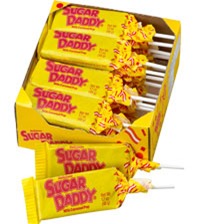 If the newer daddy-brands aren’t imitating Sugar Daddy, they may be influenced by “Who’s your daddy?”, a pre-meme meme whose “provocative use” (according to a Wikipedia entry) dates back at least to the late 1980s. Paul Farhi, in a 2005 Washington Post article, cites a line in the 1969 Zombies song “Time of the Season” (“What’s your name/Who’s your daddy?”). The song inspired a Maryland shock jock, Doug “Greaseman” Tracht, who told Farhi that he converted the line “to have a spicy connotation.” “Who’s your daddy?” went on to become the title of a 2003 straight-to-video movie, the name of a song by country singer Toby Keith, and (minus the question mark) the name of a “casual 1-on-1 video game” released in 2015. We can’t discount the influence of Sir Mix-a-Lot’s 1992 album “Mack Daddy,” which introduced a wider audience to a slang synonym for “pimp,” or that the entertainer with the given name Sean Combs began styling himself as Puff Daddy in 1997, the first of several reinventions.

Here’s a far-from-comprehensive list of some amusing (or bemusing) Daddy brands.

Scrub Daddy. I learned about this brand of dish scrubbers when its inventors pitched it on “Shark Tank,” and yes, I’m now a customer. Since its launch in 2007, the brand has added Scrub Mommy (softer texture), Scour Daddy (more abrasive), and Daddy Caddy (“sleek storage for your Smile Face Sponge”). I always have some spares in a kitchen drawer. 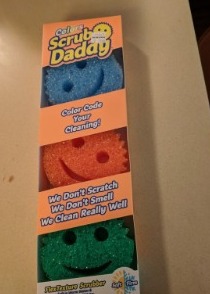 Daddy Scrubs. Not to be confused with Scrub Daddy, this is a wildly overpriced hospital-scrub-style shirt meant to be given as a baby-shower gift to expectant fathers. 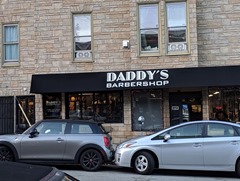 Spatty Daddy. Another as-seen-on-“Shark Tank” household product! The panel cracked up when they heard the name, which proved to be a successful icebreaker; the inventor, Cheryl Rigdon, didn’t land a deal but did get advice and contacts from one of the panelists. Her spatula business has prospered in the six years since the show aired.

LashDaddy. Eyelash-extension salon on Las Vegas whose clientele appears to be female. Uses the hashtag #LashPimp. 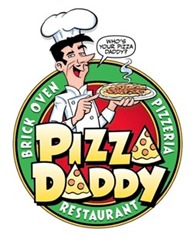 Quack Daddy Donuts. This Pendleton, Indiana, donut shop uses a cartoon duck in its logo. Why? A mystery. 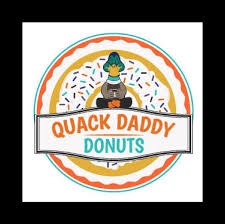 Smog DADdy. The name is style that way because DAD is an acronym for Data Acquisition Device, a machine used by the California Smog Check program. 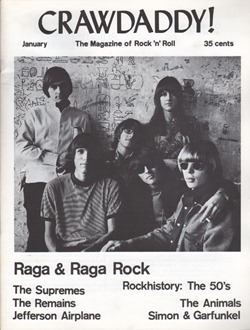 Crawdaddy!, January 1967. The publication, sometimes called the first magazine to take rock-and-roll seriously, was launched in 1966 by Swarthmore College student Paul Williams, who named it after the Crawdaddy Club in London. 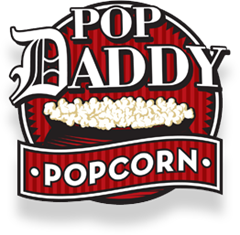 CrunchDaddy. Another popcorn company. Tagline: “Much more better than good!”

Nacho Daddy. The Las Vegas-based company claims to have invented “gourmet nachos,” but it didn’t invent the pun.

It’s been sung by Mary Martin, Marilyn Monroe, and many others, but my favorite version of “My Heart Belongs to Daddy” is Eartha Kitt’s. Oh, Cole Porter. Those internal rhymes! That innuendo!

* Via Wikipedia, here’s the story of how GoDaddy got its name:

“In 1999, a group of male employees at Jomax Technologies were brainstorming and decided to change the company name. An employee said, ‘How about Big Daddy?’ However, the domain name had already been purchased. Parsons replied, ‘How about Go Daddy?’ The name was available, so he bought it. Parsons said the company stuck with the name because it made people smile and remember it. The company changed its name branding from ‘Go Daddy’ to ‘GoDaddy’ in February 2006.”

I wonder whether we can posit that the appearance of "daddy" in popular culture has come from multiple sources (?). Perhaps one strain via the Zombies, sure, and another via African-American culture? And to what extent is "daddy" used in branding as a contrast with "baby"? It would be interesting to see—which you've probably already done—a similar piece on "baby" In branding.

Ok, off to put the kettle on now.

Mike: I have not written about "baby" in branding, but a quick survey just now over at USPTO.gov reveals that (a) there are a LOT more "baby" marks than "daddy" marks (5,326 for baby, 757 for daddy), and (b) the vast majority of "baby" marks are for baby products. One interesting exception is GLASSYBABY, a glass-blowing studio founded in Seattle and now based in Berkeley. They don't explain the origin of the name on the website; maybe I'll do some digging!

There was, briefly, a brand of potato chip called Daddy Crisp. Images of their bag are all over the Net, but the first time I saw them, they were in a Pringles-like can.