Word of the week: Textavism

In the lead-up to last week’s midterm elections, a friend of mine was sending as many as 1,500 texts a day to likely voters in swing districts: areas that had a better than 50 percent chance of switching from Republican to Democrat. I was hugely impressed until I read about Oliver Butler, a New York theater director who teaches a class on text activism, or textavism. “On a good day,” wrote Anna Russell in “The Rules of Textavism,” in the November 12 issue of the New Yorker, “Butler will send nearly three thousand texts; on an exceptional day, he will send ten thousand.” Recently, wrote Russell, “in the course of twenty-four hours, texters from MoveOn, where Butler volunteers, sent more than two million messages urging registered Democrats to vote in November.” 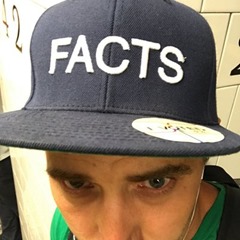 Oliver Butler’s Twitter avatar. His bio describes him as a “Theater Director and Hat Baron.”

The textavism portmanteau doesn’t appear on the website of the Brooklyn Society for Ethical Culture, where Butler last taught a text-activism workshop. Nor could I find it in Butler’s Twitter or Instagram feeds, or in any of his quotes in the New Yorker article. (He does, however, sell FACTS caps on a website called Factists. Twenty percent of the profits from sales of the caps goes to the Committee to Protect Journalists.)

Did the New Yorker writer invent textavism? Unlikely. The term appears to have first appeared in print in the February 21, 2012, issue of Anthropology News, in an article by Robert R. Sauders, an associate professor of anthropology at Eastern Washington University whose research focuses on social-justice activism. Sauders’s article, “Textavism: A New Form of Social Activism?”, first addresses the “false sense of accomplishment” of “slacktivists” or “clicktivists,” whose efforts at online organizing are sometimes disparaged as hollow “virtue signaling.”

Sauders saw something new and different going on in 2012:

Mobile giving – where cell phone users text specified messages to generate a, typically small, donation to a particular charity or cause – has become an increasingly popular form of charitable giving, institutional fundraising and social activism.

The donation of small amounts of money through mobile giving – or perhaps better framed as “textavism” – saw its first large-scale use in the aftermaths of the Indian Ocean Earthquake & Tsunami in 2004 and Hurricane Katrina in 2005. However, based on an agreement between the Mobile Giving Foundation and major US wireless carriers that ensured that more than 90% of the donated amount was passed through to charities, this textavism reached new heights in 2008 when the United Way aired a 10-second commercial during Super Bowl XLII. This ad asked viewers to text the message “FIT” to a specified number in order to donate $10 to the organization’s Youth Fitness Fund, which supports youth activities designed to combat childhood obesity. This ad quickly generated $10,000 in donations and was widely hailed as the first successful mobile campaign. Similar campaigns were initiated in response to the 2010 Haiti earthquake ($43 million raised) and the 2011 Japanese tsunami  ($4.5 million donated to the American Red Cross).

The success of mobile giving may have evolved into 2018’s mass-texting campaigns for political candidates and issues.

Textavism may be a successful strategy, but it’s an only partially effective portmanteau. Unlike slacktivism and clicktivism — or factivism or blacktivism, for that matter — it doesn’t carry over the /k/ consonant that evokes “activism.” On first hearing, it may be confused with “textavision” (which would be interesting, but not what’s intended). It isn’t as bad as, say, Rapiscan, but it’s still an object lesson in the challenges of creating a clear, appropriate, and meaningful new portmanteau word.

Posted at 06:00 AM in Politics, Portmanteaus, Txting, Word of the Week | Permalink