Three acronyms and an ism

The acronyms aren’t new, just new to me – as in last-two-weeks new. The ism appears to be a recent (and helpful) coinage.

BLUF. Someone – I regret I don’t remember who – recently retweeted this from the anonymous account “ScienceVet2.”

BLUF: BIOLOGICAL sex is a spectrum

I had to do a search for BLUF, which turns out to be a military acronym for “bottom line up front.” In written communications, it’s a short paragraph or sentence in which conclusions or recommendations are placed at the beginning of the text rather than at the end. In a 2016 article for the Harvard Business Review, Kabir Sehgal, a U.S. Navy veteran, wrote that the BLUF “should quickly answer the five W’s: who, what, where, when, and why.” If you’ve had journalism experience, you’ll recognize this as inverted pyramid style, in which the most important information goes into the lede, or first paragraph. It’s related to the internet acronym tl;dr, which stands for “too long; didn’t read”; it originated as a protest (“No time for this!”) and now serves as a signifier meaning “summary coming right up.” BLUF is an unfortunate homophone of bluff, which means “to deceive an opponent,” especially in betting games; that bluff may have come into American English in the mid-19th century from a Dutch word, verbluffen, meaning “to baffle or mislead.”

An organization called The BLUF helps U.S. veterans get the most out of military benefits. Its “about” section is called, of course, “The BLUF on The BLUF.” 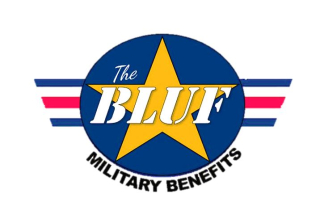 Wondering about bottom line? The OED says it was originally an Americanism; both of its meanings — “the final total or balance of an account” and “the essence, the point, the crux of the argument; the final analysis, conclusion, or outcome” — first appeared in print around 1830.

FRAGO. Another military acronym. It stands for “fragmentary order,” a document used “to send timely changes of existing orders to subordinate and supporting commanders while providing notification to higher and adjacent commands.”

[Analysis] The language U.S. Northern Command is using to describe the situation at the #border in this FRAGO reads like an invading army is about to overrun a combat outpost. Interested to hear if I’m completely reading this wrong. cc: @cjchivers @SpyTalker @tomricks1 pic.twitter.com/hhNWeZhIZ4

James LaPorta is a staff writer at Newsweek and a U.S. Marine Corps veteran.

FOBLO. You’ve probably heard of FOMO, which stands for “fear of missing out”; I wrote about it in 2011. FOBLO is related: It stands for “fear of being left out.” The psychologist Deborah Tannen claims to have coined it for her 2017 book You’re the Only One I Can Tell: Inside the Language of Women’s Friendships. In May 2017 Tannen told a Refinery29 interviewer:

Girls punish girls by leaving them out. Boys don’t do that. They may mistreat their friends, but they don’t leave them out — they don’t lock them out. We’re often hurt to know about things that we weren’t invited to or just things going on that we weren’t part of; that’s always been there. But now you don’t just have to hear about it, you have to see it. You see pictures, and sometimes it blindsides you — you weren’t expecting to suddenly see a picture on another friend’s page of a dinner party, with other friends, that you weren’t invited to. And so you feel that stab of being left out. That’s why I coined the acronym FOBLO: Fear Of Being Left Out

Tannen may believe she coined FOBLO, but the abbreviation for “fear of being left out” had already been around for years. An Urban Dictionary entry was published on July 11, 2011. (“Anxiety caused by knowing that friends are planning something [like an outing, party or wedding] and you won't be invited, or nobody will remember to tell you about it.”) And in 2013, a satirical YouTube series called “#FOBLO Bulletin” – “All the news you need” – was distributed from Capetown, South Africa (“The mother of all cities”).

FOMO and FOBLO aren’t alone. According to this 2016 Daily Mail (UK) article, you can also fret about FOJI, MOMO, BROMO, and FOMOMO … and revel in JOMO.

Safetyism. “Safetyism” is a prominent theme in The Coddling of the American Mind: How Good Intentions and Bad Ideas Are Setting Up a Generation for Failure, published this year by Greg Lukianoff and Jonathan Haidt. (It’s also where I discovered “FOBLO.”) The authors write:

Safety is good, of course, and keeping others safe from harm is virtuous, but virtues can become vices when carried to extremes. “Safetyism” refers to a culture or belief system in which safety has become a sacred value, which means that young people become unwilling to make trade-offs demanded by other practical and moral concerns. “Safety” trumps everything else, no matter how unlikely or trivial the potential danger. When children are raised in a culture of safetyism, which teaches them to stay “emotionally safe” while protecting them from every imaginable danger, it may set up a feedback loop: kids become more fragile and less resilient, which signals to adults that they need more protection, which then makes them even more fragile and less resilient.

The authors write that “[t]he preoccupation is clearest in the generation that began to enter college around 2013” – kids whose parents “often did not give them the freedom to develop their antifragility,” a term they borrow from Nassim Nicholas Taleb. In other words, an obsession with safety turns into a religion-like “ism.”

By the way, co-author Lukianoff has said publicly that neither he nor Haidt likes their book’s title. “It wasn’t our first choice,” Lukianoff told Inside Higher Ed in September:

It was chosen by the editors at The Atlantic when we published our cover story of the same name in 2015. “Disempowered” and “Arguing Toward Misery” were titles I liked much more for the book and article, respectively, but our editors were right that the current title is well, less boring. That said, other than in the title, the words “coddle” or “coddling” don’t make many appearances in the book. In our relatively short discussion of it, we explain that all “coddling” means in this context is simply overprotection, which can result in unforeseen negative consequences.

Posted at 06:00 AM in Acronyms, Fear, Isms, Military | Permalink