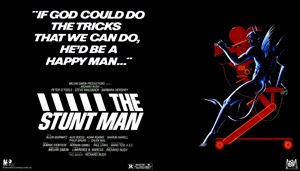 Marsha Blackburn calls the Kavanaugh allegations a "PR stunt by the Democrats" and "character assassination." So gross. She might not be a GOP Senator yet (and hopefully never will be), but her startling lack of humanity sure makes her sound like one. #TNSenateDebate pic.twitter.com/2hk9cAvdti

Wow. That Kavanaugh Fox News interview was the worst idea ever. Whoever thought it was a good idea, apparently doesn’t want him on the Supreme Court. What an epic disaster. Nothing but a sad PR stunt. Awful propaganda. He needs to withdraw his nomination. America deserves better.

Philippe Reines, a former consultant to Hillary Clinton, smelled a stunt in the Republicans’ scramble to find a woman lawyer (“a female assistant,” in Sen. Mitch McConnell’s unthinkingly condescending phrase) to interview Christine Blasey Ford, one of Kavanaugh’s accusers.

This outside prosecutor stunt is too cute by half. On a day the GOP is playing with fire, this is C4.

First & foremost, they have to make a big decision: are her marching orders to be hard on Ford but easy on Kavanaugh? That’ll be transparent. Equally hard on both? He’s screwed. https://t.co/dRdz8Y0tFn

Meanwhile, Connie in California, who describes herself as a “Motorcycle Riding, NASCAR Loving, Gun Toting, Bible Clinging, Jesus Loving, Proud Deplorable,” sees stunt-works in the actions of her U.S. Senator.

@SenFeinstein is in full panic mode. Her despicable stunt is caving in on her. She deserves every punishment available. https://t.co/k7xDLULDH1

Here’s a stunt in the fashion news.

And in celebrity news.

Will Smith's celebrated his 50th birthday with a daring stunt.

Watch as the star bungee jumps from a helicopter near the Grand Canyon.

For more on the actor's stunt head here: https://t.co/WgHcwem9kS pic.twitter.com/JeCPUBhlGG

And who knew there were stunt dogs? And – thank you, Disney Imagineers – robot stunt doubles?

Stunt has a murky etymology – it’s one of those words “of obscure origin” – and a bifurcated history as a noun. It emerged in American college slang in the 1870s, where it meant an event in a competition and, a little later, a stint (related? unknown) or task. According to the OED:

It has been conjectured that the word may be < German stunde , lit. hour, or a variant of stint n.1; neither of these suggestions seems impossible. A notion which is apparently prevalent in the U.S. is that the word is a variant of stump n.3, but in spite of the remarkable affinity of meaning, etymological connection between the words is very unlikely.

The affinity is remarkable indeed: this stump meant “a dare, or challenge to do something dangerous.”

From college games stump hopped over to the world of advertising, where by 1878 it was used (between quotation marks, indicating its novelty) to mean a gimmick or device for attracting attention. We’ve kept the earlier “derring-do” sense in compounds such as stunt actor (first used in print in 1904), stunt flying (1916), stunt man (1930, in the Aberdeen Press and Journal, Scotland’s oldest newspaper), and stunt pilot (1931). Meanwhile, the advertising sense of stunt took on a pejorative shading in usages like stunt press (“the Press of competitions and coupons and catchpenny sensations”; 1931) and publicity stunt (the original “fake news”).

The noun stunt and the verb stunt (to check the growth or development of something) appear to be unrelated. (Yes, English is weird.) The verb has been around since the late 17th century; it’s related to a German word, stenz, meaning “short” or “stubbed,” but unrelated to the medical term stent, which is named for Charles Stent (1807-1885), an English dentist.

Then there’s the most recent stunt, a slang term meaning to flaunt or show off. Urban Dictionary’s earliest entry with this definition is from March 2003 (“That guy with the platinum chain was stuntin'”).

I am so grateful❤️❤️, I’m not the type to stunt but I am so humbled and extremely grateful that I am able to live really well and save my pay every single month which has allowed me to purchase enough mobile data to download this random picture of a house. ⚡️ pic.twitter.com/87HhL1UNNx

This spoonerism, however, may be my favorite stunt of all.

He shouldn't be a criminal then should he? You Cupid Stunt.

* Zwicky: “The Frequency Illusion is a result of two well-known psychological processes, selective attention (noticing things that are salient to us, disregarding the rest) and confirmation bias (looking for things that support our hypotheses, disregarding potential counterevidence[.]”

Posted at 06:00 AM in Current Affairs, Politics, Slang, Twitter, Word of the Week | Permalink