You know about the Wayback Machine. But did you know about the Web Design Museum, an online collection of “over 900 carefully selected and sorted web sites that show web design trends between the years 1995 and 2005”? 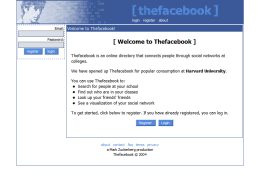 Launched in 1923 and still going strong, Echo Scarfs – yes, that’s how they pluralize it – got its name from the initials of co-founder Edgar C. Hyman … plus cOmpany. (Via trademark lawyer Jessica Stone Levy, who observes that Echo has “a fantastic brand story.”)

I made a book review bingo card. Critics are hailing it as ‘a remarkable achievement’. pic.twitter.com/n9Td7jgTNR

Wretched XS: “Apple’s new iPhone names are bad, so it’s hard to see where it goes from here.” (Shannon Liao for The Verge)

The business of corporate myth-making: “It’s no longer enough, apparently, for a business to have a charismatic founder—now the business itself must have a compelling biography. To craft these narratives, companies enlist professional storytellers.” (Jessica Loudis for The Baffler)

WTF, P&G? Procter & Gamble, maker of household products such as Mr. Clean, Charmin, and Downy Unstopables, has filed applications with the U.S. Patent and Trademark Office to register LOL, OMG, NBD (no big deal), FML (fuck my life), and WTF (what the fuck) as trademarks. (Nadia Khomami for The Guardian)

A long(ish) read about brands that want to be your buddies on social media: “These new, personal bonds between companies and customers feel uncanny—the brands are not real human friends, exactly, but neither are they faceless corporations anymore, writes Ian Bogost. (The Atlantic) [A personal note: I have never been singled out by a company on social media for any sort of rewards. Evidently I’m no one’s idea of an “influencer.”]

What happens when writing becomes more common than reading? An interview with Deborah Brandt, who has published three books about literacy. (NEH.gov)

News to me: Klaxon, the horn that makes that distinctive ahoooga sound, was a registered trademark until 1992. The name comes from a Greek word that means “shriek.” (Mike Pope’s blog)

A brief history of tofu-based insults (and a nice rundown of the history of soy foods in the United States). (Jelisa Castrodale once again, this time for Munchies) Related: I wrote about soy boy earlier this year, and about Mr. Bacon vs. Monsieur Tofu in 2012.

I still frequently see "klaxon" capitalized. Obviously some publisher's copyeditors haven't gotten the memo that it's not trademarked anymore.