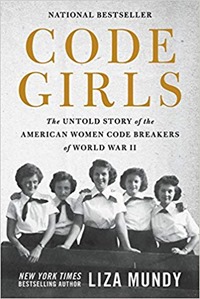 The Radium Girls: The Dark Story of America’s Shining Women, by Kate Moore, about the women who painted glow-in-the-dark numbers on watches and clocks for the United States Radium Corporation, and who suffered horrible disfigurements and early deaths as a result (April 2017). 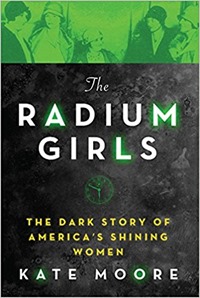 Jell-O Girls: A Family History, by Allie Rowbottom, whose great-great-great uncle bought the Jell-O company in 1899 for $450 and sold it 26 years later for $67 million; much tragedy ensued (July 2018). 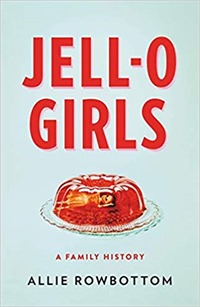 Fly Girls: How Five Daring Women Defied All Odds and Made Aviation History, by Keith O’Brien, about aviation pioneers of the 1920s and 1930s (August 2018). Fly Girls was reviewed for the New York Times Book Review by Nathalia Holt, author of another girls book, Rise of the Rocket Girls (published January 2017). In the review Holt wrote about girls: “Contained within the woefully misapplied noun is a reminder that for much of American history, grown women were not merely called girls, but frequently treated like helpless children.” 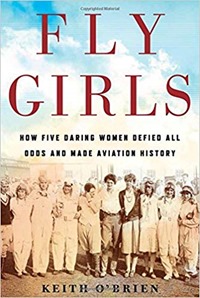 Fly Girls – yes, another one! This one, by P. O’Connell Pearson, is about the women pilots of World War II (February 2018). 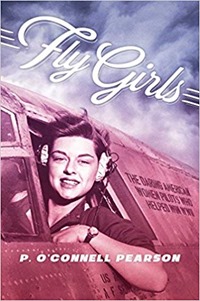 The Hello Girls: America’s First Women Soldiers, by Elizabeth Cobbs, about the member of the Signal Corps Female Telephone Operators Unit in World War I (April 2017). The book is not to be confused with the British TV series of the same name, which aired between 1996 and 1998 and which centered on switchboard operators in Derby in the 1950s and 1960s. 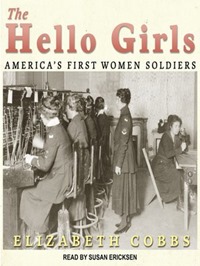 We’ve had “girls” gangs before, on TV and in the movies, from Golden to Gilmore to Mean. (Mean Girls – which is about actual high school girls, not women by another name – recently made the leap to Broadway musical.) Last summer, the raunchy and unpunctuated Girls Trip was a hit with critics and audiences.

And before all that, there was Elvis. 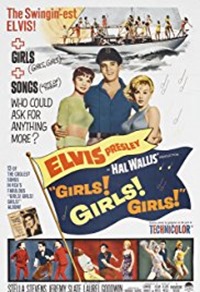 And before that, there was Cole Porter. The new girls, however, are less decorative and more historically rooted. They still haven’t quite developed into women, though.

Does Carrie Vaughn's short story "The Girls from Avenger" (2010) count for the current crop, or is that too long ago?

(An excellent story, by the way. It's about (adult) female pilots during World War II.)

(Berkeley's own) John Adams' most recent opera is https://en.wikipedia.org/wiki/Girls_of_the_Golden_West_(opera)