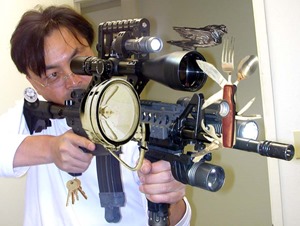 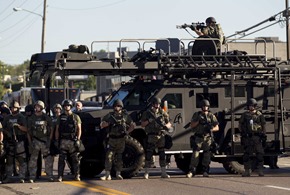 A portmanteau of tactical and cool, tacticool has been around since at least 2004, the date of the earliest Urban Dictionary definition (“Descriptive word for equipment or clothing that does not have any tactical purpose; but looks cool”). Subsequent UD entries included the qualification that the term was “derisive” or “generally used as an insult.” A 2014 article in The Prepper Journal, headlined “Are You Tactical or Tacticool?”, clarified:

By tacticool, I mean that instead of focusing first on what you need for your families’ [sic] safety you focus on looking cool. I think some of this is simply part of being a man in that we want on some level to live out our Navy Seal fantasies while we are living our Homer Simpson reality.

By 2015, tacticool had migrated into the online gaming universe, where it referred to virtual rather than real-life weaponry. And in the latest twist, tacticool appears to have been reclaimed as a positive term. See, for example, Tacticool.com, “a collective of firearms enthusiasts who celebrate the pro 2nd Amendment lifestyle.” Sample article: “Get Rid of That Sissy Silver Magazine.”

Tactical comes from Greek and Latin words whose roots signify “matters pertaining to arrangement”; it’s related to tactile, tact, and contact. Tactics originally had a strictly military sense (“the art or science of deploying military or naval forces in order of battle”), and first appeared in print in 1626; the adjective tactical precedes the noun tactics, dating back to 1570 (“the Feate Tacticall”). During World War I tactical began to be used in contradiction to strategic, as in “tactical bombing”; 1957 saw the first reference to “tactical” atomic weapons. (From the OED: “Nobody has managed ... to draw an effective distinction between ‘strategic’ and ‘tactical’ atomic weapons.”)

Somewhere along the way, tactical also began to be used in non-weapons contexts. Last week, for example, word got out that Scott Pruitt, the ethically challenged administrator of the Environmental Protection Agency, “has spent more than $4.6 million in public funds during his tenure, including $24,115 on body armor, protective vests, and ’tactical polos and pants’,” as Rebecca Jennings reported for  Vox. Those polos and pants added up to $2,750 of the total. Jennings wrote that tactical clothing “isn’t all that expensive on its own”; an average pair of tactical pants costs no more than $50: “They’re a bit like cargo pants in the sense that they’re loose enough to move around in and generally come with specialty pockets and belt loops, but they’re made with lighter materials like ripstop polyester and cotton canvas. Some are even reinforced with Teflon and padding in the knee or back pockets.” They’re especially popular among people who carry concealed weapons, Jennings adds:

From the outside, the concealed carry market may be more closely associated with clothing and accessories that appear as inconspicuous as possible. But when it comes to tactical gear, the motive is to signify that there’s a decent chance they’re armed.

Me, I'd recommend strategic pants https://t.co/wUwmL1jupa

Posted at 06:30 AM in Fashion, Portmanteaus, Word of the Week | Permalink