Word of the week: Feckless

Those of you with long memories will recall that this is the second time feckless has been a Fritinancy word of the week. The first occasion was in 2012, when U.S. Senator John McCain used feckless to describe President Obama’s foreign policy.

This time around, feckless found itself in hotter water. 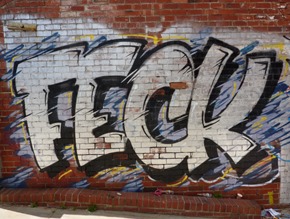 On the May 30 broadcast of her late-night show “Full Frontal,” comedian Samantha Bee channeled her outrage over the Trump Administration’s immigration policy, in which children are forcibly separated from their parents. Bee pointed out a May 27 social-media post by Ivanka Trump, who is not only the president’s daughter but also – according to her Twitter bio –  “Advisor to POTUS on job creation + economic empowerment, workforce development & entrepreneurship.” The post was striking in its tone-deaf obliviousness. 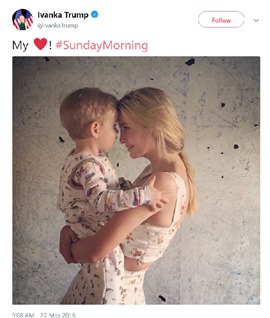 The Guardian covered the story:

“So now, after decades of ignoring the issue, Americans are finally paying attention. Well, most of us. Ivanka Trump, who works at the White House, chose to post the second most oblivious tweet we’ve seen this week.”[*]

Bee, showing a photo Trump posted of her and her son, addressed the president’s daughter directly: “You know, Ivanka, that’s a beautiful photo of you and your child, but let me just say, one mother to another, do something about your dad’s immigration practices, you feckless cunt.”

Well, what about that word?

Feckless is simply another way to say ineffectual: feck here is a Scottish shortened form of effect. “Once north of Hadrian’s Best Idea, the word effect was cruelly robbed of its extremities and became feck,” wrote Mark Forsyth in his blog Inky Fool. (In the same 2010 post he also covered gormless, reckless, and ruthless.) Thomas Carlyle (1795–1881) is credited with popularizing feckless; according to Forsyth, “he used it to describe his wife and the Irish.”

As one of my commenters pointed out back in 2012, the four cows in the comic novel Cold Comfort Farm (1932) are named Feckless, Aimless, Pointless, and Graceless.

Of course, feckless may remind us of feck, the minced Irish oath. Stan Carey, who is Irish, wrote that feck occupies ground “between the ultra-mild expletive flip and the often taboo (but also popular) fuck.”

As for the noun in Bee’s epithet, language maven Michael Adams wrote in 2016 that it may be losing its stigma in American English – a stigma it lost some time ago in other Englishes:

I’ve come across evidence of cunt’s re-appropriation as a term of endearment — not unalloyed BFF endearment but a grudging, competitive willingness to get along well supported by a word all the riskier because it’s used in unfriendly ways against women.

All that notwithstanding, Bee apologized in uncharacteristically abject fashion. She shouldn’t have, countered journalist/author Rebecca Traister in a blistering series of tweets.

Sarah Huckabee Sanders is upset about "silence from the left" re Sam Bee calling Ivanka a "feckless cunt" for swanning around on social media, hugging her son amidst news of children being ripped from their parents by ICE. So I won't be silent:https://t.co/FA79R4sWgT

Ivanka Trump is feckless. The other word Samantha Bee used is not one I would use about a woman, but I'm not a woman, so yeah, the rules are different. And everything else about this is a bunch of right-wing assholes who care nothing about women pretending they do. So...nope.

* A reference, one assumes, to the racist tweet that got Roseanne Barr’s show canceled. Yes, it was quite a week. Again.

Posted at 06:30 AM in Current Affairs, Profanity, Television, Word of the Week | Permalink

In my culture we have a saying: "It takes one to know one". So you have just told us how we should think of you, Samantha, dear.