On the Visual Thesaurus: A Very -Ery Story

I’ve been tracking -ery names for while – see my Pinterest board – and my discovery of Sonoma Brinery sent me down a productive rabbit hole, or holery, that I’ve chronicled in my latest column for the Visual Thesaurus. 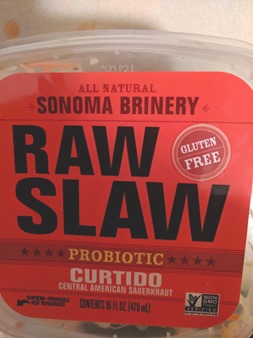 Full access to the column is restricted to subscribers; here’s an excerpt:

Nouns ending in -ery (or -erie, the French spelling) first appeared in English +around 1300 as imports from French; the oldest include bribery, sorcery, drapery (cloth or textile fabrics), venery (the practice of hunting animals), and nunnery (a convent, although in the 16th century it took on the slang meaning of brothel – that’s the meaning Shakespeare had in mind when he had Hamlet tell Ophelia, “Get thee to a nunnery”). A very few -ery nouns came from Latin, most notably mystery from mysterium.

The French originals were mostly nouns denoting a place of business – boucherie (butchery), brasserie (brewery) – or a type of action, such as tromperie (deceit) or robbery. But once -ery sailed across the Channel, it began combining in independent and very English ways. As early as 1393, English speakers attached -ery to the Old English verb cook and created cookery, “the art or practice of cooking,” a noun that still survives, although more commonly in British English than American. Another Old English verb, fish, yielded fishery, “the business or occupation of catching fish.” In the 18th century, a group of -ery nouns cropped up to describe places where animals live: piggery, rookery, swannery, cattery.

Read the rest of “A Very -Ery Story” to learn about brinery, beanery, carvery, eatery, and other newish -ery coinages.

Blog bonus! One -ery word I’m very fond of but had to omit from the column is fuckery. (The Visual Thesaurus is rather strict about profanity.) Department of Fuckery pencils via Bullish, which also sells a “This Meeting Is Bullshit” pen..

Although fuck has been an English word since the 15th century, fuckery is considerably newer. In its earliest usages, from around 1890, it meant what nunnery meant to Shakespeare: a brothel. The American novelist Stephen King may have been one of the first people to use it in print to mean “despicable behavior” or “treachery.” In The F Word, Jesse Sheidlower gives a short citation from King’s 1978 novel The Stand; here’s the full paragraph in which it’s used:

Larry’s smile evaporated. “I’m not much on cloak-and-dagger, Stu. I better get that up front because it might save a hassle later. I think what happened in June happened because too many people were playing it a little too close. That wasn’t any act of God. That was an act of pure human fuckery.”

Posted at 06:00 AM in Naming, Profanity, Suffixes, Visual Thesaurus | Permalink