« On the Visual Thesaurus: To boldly go | Main | Word of the week: Gammon »

“Air Force Once,” “state of the uniom,” and other typos – serious and ridiculous – made by the current White House. (BBC)

“How Brands Are Built,” a new podcast from San Francisco brand strategist Rob Myerson, is a “practical and tactical” resource for brand-builders. The first guests are name developers Anthony Shore and Shannon DeJong.

Lexicographers Kory Stamper and Steve Kleinedler – she wrote Word by Word: The Secret Life of Dictionaries; he wrote Is English Changing? – have launched “Fiat Lex,” a podcast about dictionaries and words. Episode 1: “Getting a Word into the Dictionary.”

Laurel or yanny? In case you missed the ambiguity illusion of the year, the New York Times has a recap of the controversy, Wired has “the true history,” and Language Log – of course – has the scientific nitty-gritty.

What do you hear?! Yanny or Laurel pic.twitter.com/jvHhCbMc8I

Meanwhile, Vocabulary.com, the source of the original recording, has added yanny to its lexicon. Be sure to click on the “play pronunciation” icon.

Whether you're team #Laurel or #Yanny we unearthed the original audio file to help you decide:
https://t.co/gBlfuNYwYn

This is an extremely elaborate pun. One of Curry's phonetic names is 库里 (ku li) and the second character is a combination of the characters 日 ("sun") and 土 ("ground"). But 日 is also slang for "fuck." 1/3

Thomas Markle III, nephew of the soon-to-be Mrs. Henry Mountbatten-Windsor, is a cannabis grower in Grants Pass, Oregon. He’s developed a new strain he calls Markle Sparkle, which he says was his nickname in school; it will be introduced at the High Times Cannabis Cup NorCal, in Santa Rosa, in early June.  (Oregon Live)

If you are considering a name for a future child and are thinking "You know, I could replace one or maybe even two of those vowels with a y," then you should understand that you're going to hell.

In nine languages studied by a pair of linguistics researchers. “the speech immediately preceding a noun is three-and-a-half-per-cent slower than the speech preceding a verb. And in eight of nine languages, the speaker was about twice as likely to introduce a pause before a noun than before a verb.” (New Yorker)

SCANDINAVIA was originally called ‘Scadinavia’. The extra N was added in error by Pliny the Elder, and has remained in place ever since.

HODL, bitshaming, the Flippening, and other bitcoin slang. (Business Insider) 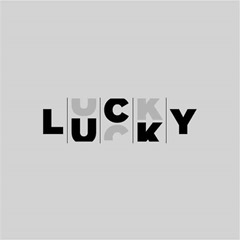