Word of the week: Villanelle

“Killing Eve,” the new series created by Phoebe Waller-Bridge*, premiered earlier this month on BBC America. The show – which Vogue called “part spy drama, part serial killer thriller, part absurdist comedy” – is based on novellas by the British author Luke Jennings that are known collectively as the Villanelle series, after the codename of one of the principal characters. From a synopsis of the books:

Oxana Vorontsova, a beautiful but supremely dangerous psychopath, is sprung from a Russian prison, and reborn as the glamorous Villanelle. The price of her new existence: to be trained in the dark arts of assassination, and to kill on demand. 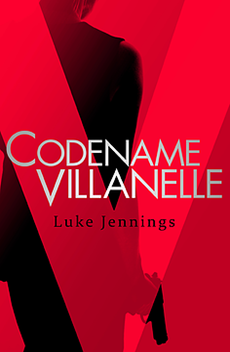 “Villanelle” is a dictionary word with a backstory, but not the one Jennings provides.

Here’s how Jennings tells it in the first installment of the series:

‘It was the favourite scent of the Comtesse du Barry.

‘I shall have to be careful, then,’ said Oxana.

her from the hotel.

The historical Jeanne Bécu, Comtesse du Barry (1743-1793), was in fact convicted of treason and sent to the guillotine during the Terror. Her name lives on in cookbooks: a dish “ à la du Barry” has a creamy white sauce and frequently contains cauliflower (possibly an allusion to her powdered wigs).**

Mme. du Barry is also famous in perfume history, but the fragrance most closely associated with her – though not originally made for her – was called Aqua Admirabilis (“admirable water” or “miracle water”) by its creator, an Italian barber working in Cologne (Köln), Germany. The French renamed it Eau de Cologne, after its birthplace. Today, “cologne” has been genericized to mean any fragrance containing 2 percent to 4 percent perfume oils in alcohol and water.

I could find no historical evidence of a fragrance called “Villanelle” from the 18th century. There is, however, a brand-new Villanelle perfume, released this year, that, according to its maker, smells like “footsteps in a spring forest.” 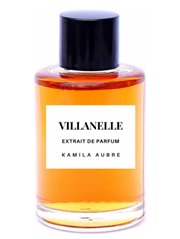 Perfume, or something perfume-ish, does play a pivotal role in the second episode of “Killing Eve” (I won’t spoil it for you), and the name “Villanelle” reflects the character’s nature: a villain who is seductively feminine (the -elle ending).

If you’ve heard villanelle in any context other than “Killing Eve” or its source, it was probably poetry. The classic villanelle, according to my ancient (1936) and beloved copy of The Complete Rhyming Dictionary and Poet’s Craft Book, consists of 19 lines: five three-lined stanzas and a concluding quatrain, in which only two rhymes are used. Traditionally, the subject is pastoral: French villanelle comes from Italian villanella, which means “rural” or “rustic”; the related word villain meant, in Anglo-Norman, “a low-born base-minded rustic,” according to the OED, and evolved into “an evil character in a drama” only in the early 19th century.

One renowned exception to the pastoral rule is Dylan Thomas’s “Do Not Go Gentle into That Good Night,” a villanelle about growing old and dying.

UPDATE: Via Ben Zimmer, “Hate the Villanelle” by They Might Be Giants.

* If you haven’t yet seen Waller-Bridge’s series “Fleabag,” it’s available on Amazon Prime and is very, very good.

** Lucille Ball played the Comtesse for laughs in the 1943 musical comedy Du Barry Was a Lady.

Posted at 06:30 AM in Books, Perfume, Poetry, Television, Word of the Week | Permalink

Oddly enough, we just saw the poster for that Lucille Ball movie on the wall of a restaurant in Albuquerque