« How did Wakanda get its name? | Main | On the Visual Thesaurus: The Name of the Year Tournament »

Word of the week: Demonetization

Nasim Najafi Aghdam, the 39-year-old woman who shot three people at YouTube’s San Bruno, California, headquarters on April 3 before killing herself, is said to have been angry about the company’s policies, especially demonetization. According to an article in Entrepreneur, she had written on her website: “There is no equal growth opportunity on YOUTUBE or any other video sharing site, your channel will grow if they want to!!!!!” 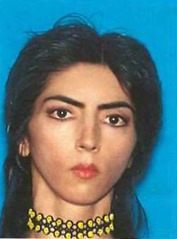 Mediaite explained demonetization in a post published the day after the shooting:

YouTube demonetization, which is a term used to describe when videos on the website no longer generate ad revenue for the platform or for the creator, has been a policy since 2012. The site uses the process to protect advertisers from being associated with objectionable content.

Monetize and demonetize sound like 21st-century buzzwords, but they in fact are much older. Monetize first appeared in print in 1867, when it meant “to establish (a metal) as standard currency in the coinage of a country” or “to convert (an asset, debt, etc.) into money” or “to assess in terms of monetary value.” By the mid-20th century it had acquired a new sense: “to convert to the use of money; to convert (an economy) to a monetary system.”

By the end of the 1990s – which is around the time I first heard the word – monetize also meant “to exploit (a product, service, audience, etc.) so that it generates revenue.” In January 1998 the Boston Globe published this quote: “It's all about eyeballs, audience acquisition... Growth lies in the ability to monetize those eyeballs.” (Eyeballs – synecdoche for “internet viewers” – seems to have appeared around the same time. Understanding Business Jargon: A Dictionary gives a 1999 citation from the Wall Street Journal.) 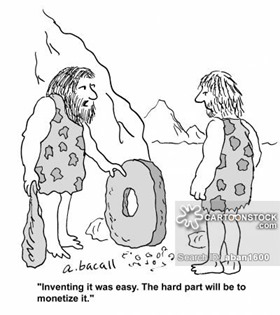 Curiously, demonetize and demonetization (or their British equivalents, demonetise and demonetisation) are older than the un-prefixed forms. The OED’s earliest citation for both the noun and the verb is from a 1795 translation of a French book; the French verb démonetiser has been traced back to 1793. Up through the 1990s, though, demonetization meant “the action of demonetizing a type of coin, note, currency, or precious metal; (also) the condition of being demonetized.” YouTube’s demonetization policy means something different: the removal of “inappropriate” videos, or videos with small audiences, from “the pool of advertised-upon content,” as a September 2016 post by Internet Creators Guild put it:

In 2012, YouTube began de-monetizing videos based on new advertising-friendly guidelines. This was not done by people, but by an algorithm that looked at the metadata of videos and other factors to decide whether it was likely to be something an advertiser wouldn’t want to be associated with.

Over the last five years, this algorithm has regularly removed videos from the pool of advertised-upon content. The algorithm’s parameters were broadened in 2015 specifically to catch more content relating to terrorism.

At the time, YouTube’s move was hailed by some creators as positive – “A higher barrier to entry is not a bad thing,” Erik Kain wrote in Forbes in January 2018 – although others griped about “algorithm fails.”

Demonetization made global headlines for a different reason in late 2016, when Indian Prime Minister Nahendra Modi abruptly announced the withdrawal of of all 500- and 1000-rupee banknotes from circulation, in an attempt to eliminate “black money”: a term used in India for unaccounted, untaxed wealth. The sudden move was devastating for poor Indians, especially those in rural areas. Despite their long history in English, monetize and demonetize are frequently demonized. Monetize is “a word we didn’t need,” scoffed Ruby on Rails creator David Hansson in a 2008 blog post. Several commenters agreed, calling monetize “hideous,” “silly,” and “linguistic bullshit.” Then again, verbs ending in -ize (including, probably, demonize) are perennial targets. Beginning in the 1940s, usage purists latched onto finalize as “gobbledygook” worthy of banishment. (Finalize appears to have originated in Australia in the 1920s; there’s a long and entertaining entry about it in Merriam-Webster’s Dictionary of English Usage.) In the early years of the 20th century, jeopardize was victimized: In her commentary on Ambrose Bierce’s usage guide Write It Right, Jan Freeman observes that “a swarm of usage mavens” had already denounced jeopardize “as monstrous, spurious, and intolerable before Bierce cast his vote [against the word].”

Jeremy Butterfield, the current editor of Fowler’s English Usage, which has been regularly reissued since its original publication in 1926, strikes a moderating note on what he humorously calls “izeophobia”:

Any discussion of words such as [monetize and incentivize], it seems to me, has to attempt to answer at least the following questions:

Posted at 06:30 AM in Advertising, Current Affairs, Word of the Week | Permalink