« The most interesting names on the Fast Company list | Main | Can a name be TOO distinctive? »

The word is dropped casually on “UnREAL,” without ironic air quotes or explanation, leaving the audience to infer that it’s an accepted word, at least in TV-dating-land. It is, of course, suitor with a feminine suffix, much as “bachelorette” – the title of another “dating” show – is. But while there are, in the real world, bachelorette parties and (in Canada, apparently) bachelorette apartments, there are no suitress traditions that I’m aware of.

Yet suitress is a much older word than “bachelorette”: the latter was first documented (in American Speech) in 1935, while suitress has been in print since the mid-1700s, and has never entirely fallen off the map. 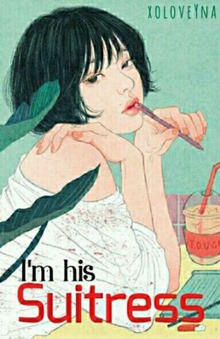 I’m His Suitress, a Tagalog-language book with an English-language title.

Suitor came into English in the 13th century from Latin secutor (one who follows); it originally meant “a frequenter of a place.” Its familiar meaning of “a man who seeks a woman in marriage” was settled by the late 16th century. Suitress first appeared in print in 1714, in The Tragedy of Jane Shore, an imitation-Shakespearean play by Nicholas Rowe, who was named poet laureate of the United Kingdom the following year. Suitress also appeared in William Cowper’s 1791 translation of The Odyssey (“I noticed her a suitress at thy knees”). 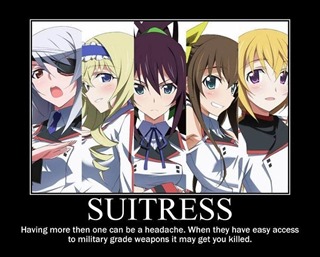 One noun that’s now reserved for women retains its seemingly masculine suffix: spinster, which in the mid-14th century meant “a female spinner of thread” and now means “an unmarried woman” (of an unsuitably advanced age). The word was spelled spynnstere in Middle English, when -stere was a feminine suffix, the counterpart to -ster. According to the Online Etymology Dictionary:

Unmarried women were supposed to occupy themselves with spinning, hence the word came to be “the legal designation in England of all unmarried women from a viscount’s daughter downward” [Century Dictionary] in documents from 1600s to early 1900s, and by 1719 the word was being used generically for “woman still unmarried and beyond the usual age for it.”

Chances are the “UnREAL” writers never considered calling their billionairess a spinster, though – or even a spinstress.

Posted at 06:30 AM in Etymology, Latin, Suffixes, Television, Word of the Week | Permalink

We stil see "laundress" occasionally, and The Laundress is the brand name for a cleaning product line.