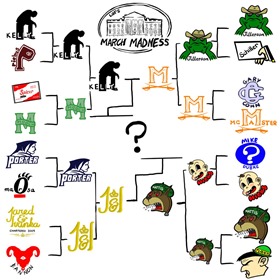 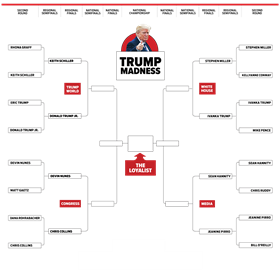 Partly to distract myself from the implications of all this chaos – sorry, energy – I began musing about the word bracket. Where does it come from, and how did it come to be associated with contests?

My first guess – that it was related to brachius, the Latin word for “arm,” turns out to be a false etymology, according to the OED. (An architectural bracket is a type of support, and so is a brace, which does in fact derive from a French word meaning “a pair of arms.” Instead, bracket appears to have come from Spanish bragueta or braguette, both of which mean “breeches.” (Bragueta also means “codpiece.”) 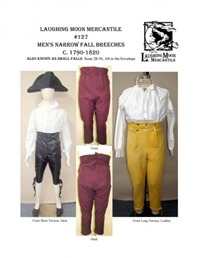 The earliest form of bracket in English, from 1574, was spelled bragget, and it referred to “a piece of stone, wood, or metal projecting from a wall, and having a flat upper surface which serves as a ledge to support a statue, the spring of an arch, a beam, shelf, etc.” 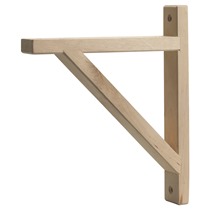 By the middle of the 18th century, bracket was also used to describe a mark that encloses words or mathematical expressions; the square form [like so] were originally called crotchets, which also means “hooks.” The metaphorical sense of “group,” as in “income bracket,” began appearing around 1880. And the sports usage, which the OED notes is American in origin, first appeared in 1901 in the New York Daily Tribune: “The ‘blind’ draw brought Davis and Ward in the next brackets to each other, so that they must meet on the second day of the tournament.” (The usage wasn’t added to the OED until 2016.) Bracketology, the process of predicting tournament winners, is believed to have been coined in 1995 by Joe Lunardi, who had been the editor and owner of the Blue Ribbon College Basketball Yearbook.

As for “March Madness,” it’s older than you may think. The first March basketball tournament was held in 1908 by the Illinois High School Association; by the 1930s 900 teams were competing in the games. (The IHSA has held a trademark registration for “March Madness” since 1989; the NCAA won the right to use the term in 1996.) According to a story that NPR ran in 2015, “March Madness” was coined in 1939 by IHSA secretary and former high school coach Henry V. Porter, who wrote in an essay: “A little March madness may complement and contribute to sanity and help keep society on an even keel.” But word sleuth Barry Popik found evidence that the Indiana High School Boys Basketball State Tournament used it in 1931,

The association of “March” and “madness” is much older than basketball. The English idiom “mad as a March hare” – appropriated by Lewis Carroll in his Alice in Wonderland stories – was first recorded in 1500. It was thought that hares behave eccentrically in March – boxing each other, for example – although that behavior may in fact extend throughout the breeding season.

More on brackets, bracketology, and March Madness in my 2007 post, “It’s a Win-Lose Situation” and in Ben Zimmer’s 2014 Word Routes column, “A ‘Final Four’ of March Madness Lingo.”

Posted at 06:30 AM in Current Affairs, Idioms, Politics, Punctuation, Sports, Word of the Week | Permalink