English loves its o-ending words with a curious fervor, considering how seldom they occur naturally in our mother tongue. (Some exceptions: the verb go, from Old English; fro, a Middle English word meaning "from" that's now encountered mostly in the quaint phrase "to and fro"; and the interjection hello or hallo, which we've had since the 16th century.) For centuries, we've made up for that lack by importing or coining words that end in o. And we've used an ingenious array of tricks to do so.

Latin words borrowed from religion, philosophy, or medicine were the earliest o-suffixed imports. Old English had credo (a belief or creed); Middle English had ergo (therefore) and, thanks to the Black Death, bubo (an inflamed swelling).

War and trade introduced English-speakers to new -o words from Spanish, Italian, and Portuguese: presto (from 1598 on), manifesto (1620), politico (1630), cargo (1657), and a sheaf of musical and theatrical words, including soprano, contralto, scenario, concerto, and pizzicato (all from the 1700s). So infatuated were English-speakers with the -o ending that they sometimes changed spellings and pronunciations to create it: That's how Portuguese manga (itself probably a borrowing from Malayalam) became mango in the late 16th century.

Brand names ending in -o are also popular and prevalent. I namedrop several in the column; here are a few more. 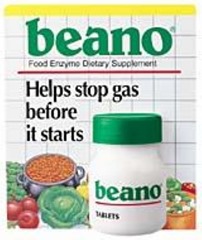 The anti-flatulence supplement Beano was developed in 1990; the name reflects the well-known reputation of beans as “the musical fruit.” Beano was also the original name of the game of bingo. 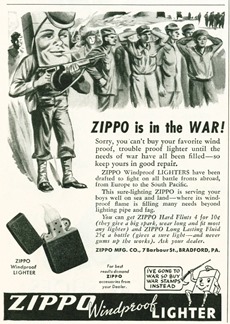 1943 ad for Zippo windproof lighters. The first Zippo lighter was sold in 1933; its inventor liked the sound of zipper and thought zippo “sounded more modern.”

Founded in July 2016, Reso calls itself “North America’s fastest-growing restaurant reservation and table management solution.” There’s also a rival restaurant-reservation company called Reso Solutions and a company called Reso.io that makes class- and camp-registration software. I’ve found evidence for reso as an abbreviation for reservation going back to 2011, but haven’t identified its origin. In Australia, source of many o-suffixed words – arvo, aggro, garbo, Salvo, preggo, veggo – Reso was the nickname for the State Resources Train operated by the Victorian Railways beginning in 1922.

Back in the early '60s Mort Sahl had a routine part of which was the tossed-off line, "All bad movies end in O--Alamo, Gorgo, Vertigo, Psycho ..." He was terribly wrong about at least two of those examples, but the point wasn't really film criticism. He was making a comment on a naming trend he had spotted in movies. Way ahead of his time.