And Neal Goldfarb explains the semantics of splaining, man- and otherwise. (Language Log.)

The origins of the “globalist” slur. (Ben Zimmer for The Atlantic, where he’s now a contributing editor.)’

not enough people are addressing that Frozen on Broadway has the same tagline as Brokeback Mountain pic.twitter.com/xylC8HWZNL

A guide to hate symbols and numerical codes. (ADL) 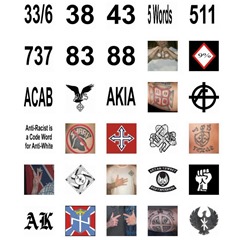 Scotch brand Johnnie Walker has launched “the Jane Walker edition”; for each bottle it sells it’s donating $1 to organizations that support gender equality, including Monumental Women and She Should Run. (Adweek) A bit of history: The brand’s founder, John Walker, was born in Kilmarnock, Scotland, in 1805 and began selling spirits in 1820. His first eponymous brand was Walker’s Kilmarnock; the Johnnie Walker brand was introduced by his son, Alexander, in 1909. Bonus link: my 2006 post on Johnnie Walker branding in Beirut. 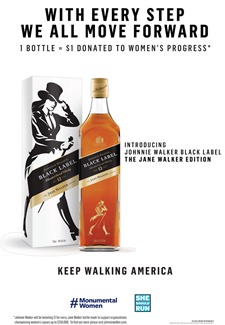 From hurricanes to “the Beast from the East”: why we name the weather. (How We Get to Next)

Why do we love to complain about language, and what sorts of language change provoke the most complaints? (Guardian)

I wrote about that odd word oust earlier this year. Now John Kelly asks: What’s up with the er in ouster? (Mashed Radish)

They discovered a new species of cat that's like an ocelot but smaller and they DID NOT name it the ocelittle. What are you doing, biologists?? pic.twitter.com/ms2rLi4eCM

A map of the world with every country’s tourism slogan. Tanzania’s “The Land of Kilimanjaro, Zanzibar and the Serengeti” would be hard to fit on a bumper sticker. (FamilyBreakFinder)