Oust is beloved by editors for its brevity and vividness, and it’s been appearing a lot lately.

.@mgoodwin_nypost on the Democrats: "The movement to oust Trump has really just continued, it has grown." pic.twitter.com/DtMEz51skb

Although oust is just one letter away from out, the two words come from different sources. Interestingly, in Old English out was a verb that meant “to get rid of” or “to expel,” just as oust does today. (Out was also an adverb in Old English; the adjectival sense was acquired around 1300, and the noun sense in 1620.) Oust is a borrowing from French ouster or oster; it entered English around 1420 as a legal term. The Oxford American Writer’s Thesaurus (2008) gives some advice about how to choose a verb of expulsion:

If you hope the person never comes back, use expel … [Expel] can also imply the use of voluntary force (to expel air from the lungs). If you exercise force or the power of law to get rid of someone or something, oust is the correct verb (ousted after less than two years in office). If as a property owner you are turning someone out of a house or a place of business, you’ll want to evict the person … Dismiss is by far the mildest of these terms, suggesting that you are rejecting or refusing to consider someone or something.

Oust is also popular among sportswriters looking for a variation on “defeat”: “Mississippi State Ousts Louisville 31-27 in TaxSlayer Bowl” (a competition I’d never heard of; it was held at EverBank Field, which sounds about right); “Playoff-tested Falcons oust upstart Rams.”

And oust is also a brand name, with live trademarks in several classes. 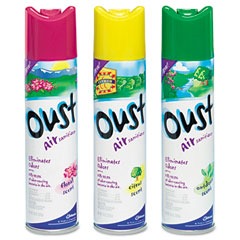 There also are OUST trademarks for eye swabs registered to Ocusoft, a Texas company.

I also found OUSTER trademarks, including one for a stealthy tech company across the bay in San Francisco. I’m still waiting for their response to my query about the name. 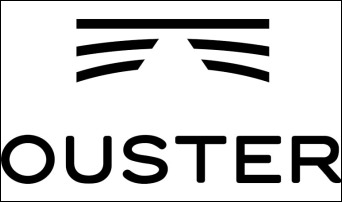 Ouster.io logo. “Ouster is a leading developer of LIDAR [Light Detection and Ranging] and perception technology for the autonomous vehicle and robotics sectors.”

“The Ouster from CST was built for the mountains. This tire lives and breathes singletrack.”

This Ouster calls itself “the versatile liquid,” but what it’s especially good for is the treatment of maggot wounds, or myiasis. “a disgusting condition that can include in any animal including human.” You’re welcome.

I suspect there was a topical hook for this cartoon in the February 8, 1988, issue of The New Yorker, but I have no idea what it might have been. 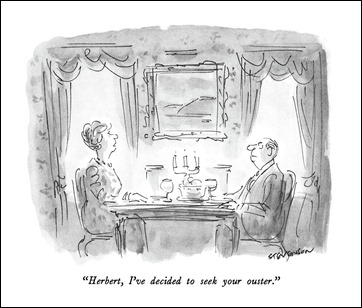 Posted at 06:30 AM in Current Affairs, Media, Naming, Sports, Trademark, Word of the Week | Permalink

Any connection with the German "aus," or "heraus," (which I think mean "out" and "Get out!" respectively?)

Dan: The OED does not indicate a connection between "oust" and "aus."