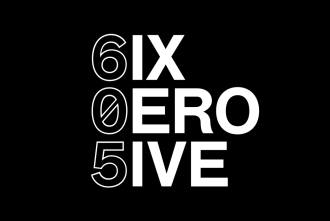 The company – 605.tv on your internet dial – declares its intentions with home-page text that’s both shouty and rebus-y. 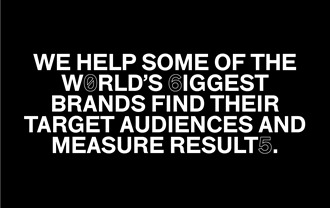 I discovered 605 through a review on the design blog Brand New, and before I scrolled down to see whether the number-name had any significance I’d already hazarded a couple of guesses. My first guess was that it was a reference to the Interstate 605 freeway in Southern California. (Compare Highway 1 Brewing Company on State Route 1 in Pescadero, California.*) My second guess was that 605 stood for an area code.** (Compare The 606, a park/trail system in Chicago.)

It took some digging to learn that 605.tv is based in Manhattan and Syosset, New York. Neither of my theories was correct.

Instead, it turns out that 605 is the reincarnation of the boringly named Analytics Media Group, which had worked on Barack Obama’s 2008 and 2012 presidential campaigns, finding the right television programs for targeted ads. In 2016, a VC firm called Dolan Family Ventures acquired Analytics Media Group and wisely decided to change its name. CEO Kristin Dolan revealed the name’s origin in an interview with the Hollywood Reporter:

The secret name for all of our data efforts internally was DataCo Ventures, DCV. When we were naming the company, we didn’t want to use another acronym, so we looked at the letters as roman numerals and translated them into regular numbers, which is 605.

This is clever, and a decent story to tell when you’re (inevitably) asked. If you’re Dolan Family Ventures, you might take some private pleasure in knowing that the D and the V from your own name are represented, however obliquely, in the new brand name.

As for the execution, here’s what Brand New’s Armin Vit had to say:

As I was starting to write my review I realized I had no idea what the 605 name meant and the reason is so obscure I kind of love it, because someone probably said “But, no one is going to get why we are called 605”, to which someone maybe replied “So?”. The Roman numeral reason is a great backstory that speaks to a way of seeing what’s in front of you in a different way, which is a nice metaphor for analyzing data.

Not to mention that when your business is numbers, a numerical name is perfectly logical. It’s an in-joke: When people get it, they laugh with you, not at you.

** Indeed, there’s a different 605 digital agency that’s based in Aberdeen, South Dakota, whose area code is 605. It uses the dot-marketing domain, the first one I’ve seen in the wild. There’s also a 605 Magazine, based in Sioux Falls, South Dakota, also in the 605 area code.

Posted at 06:30 AM in Naming, Numbers, Renaming | Permalink

Goose Island 312 Urban Wheat Ale is named for Chicago's area code. Well worth drinking, as well as for your name files.

That is indeed spiffy. (We've sprung a 405 Magazine here in the Okay City, for area-code reasons. Probably doesn;t have any readers along the 405 in southern California.)

The Porsche 911 was originally intended to be the 901, but Peugeot had a trademark on car names consisting of three numbers with a zero in the middle, so Porsche had to change it. https://www.digitaltrends.com/cars/porsche-911-name-explained/