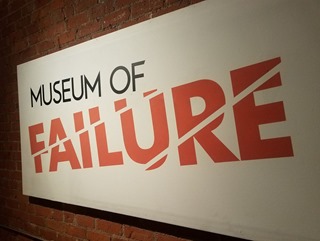 I’d been following the Swedish institution with avid interest since it opened in June 2017. It was created by Samuel West, an organizational psychologist who specializes in innovation and failure and who says he was inspired by the Museum of Broken Relationships, which he’d visited in Zagreb, Croatia. (A second Museum of Broken Relationships opened in Los Angeles; it’s currently looking for a new location.) The MoF collection currently includes about 80 products, mostly from the 20th and 21st centuries, that are no longer with us, often for very sound reasons. About 60 percent of the items in the L.A. exhibit come from the Swedish collection; the rest are unique to Los Angeles, with a more American focus.

The Museum of Failure takes a both-sides-now approach to failure. On the one hand, the walls of the gallery are festooned with upbeat slogans from famous and anonymous sources about failure as a mere detour on the highway to success. 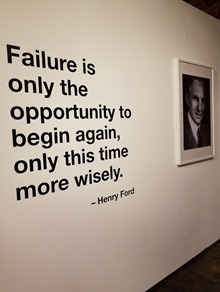 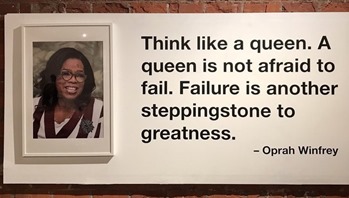 On the other hand, each exhibit is given a “Fail-o-Meter” rating, with separate categories for innovation, design, and implementation. And the accompanying text is often merciless. 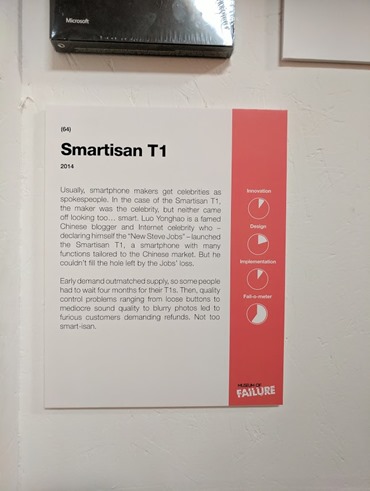 I’d have included a “Name” category for the Smartisan T1, and I’d have given it an F. That name is, as we say in the business, a shitmanteau. 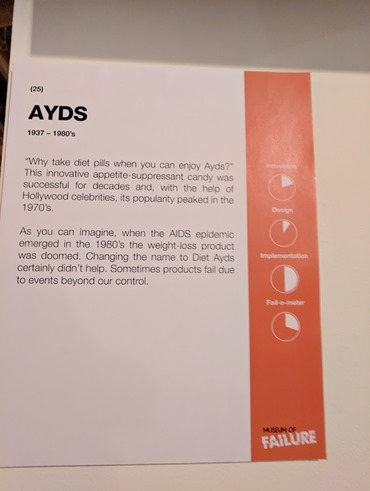 Also a victim of its name: Ayds over-the-counter diet candy. 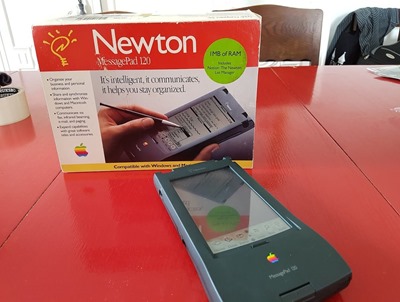 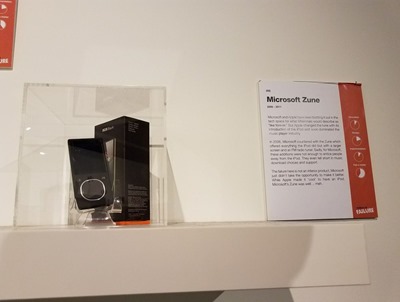 In some of these cases “failure” is relative. True, the Newton had trouble recognizing a user’s handwriting, but it was responsible for introducing “personal digital assistant” into the lexicon. And while the Zune music player lost the market battle to the iPod, it nevertheless helped revive Microsoft. As Farhad Manjoo wrote in 2012, the device “sparked much-needed reforms at Microsoft” and, along with the Xbox, “marked one of the company’s first attempts to create innovative hardware and software, not just stuff that looked like it had been ripped off from Apple.”

Then there’s the Minitel, the free networked-computer system introduced in France in 1982 and accepted almost universally. Far from failing, it was “a huge success,” Julien Mailland wrote in TheAtlantic.com last year: “With free terminals at home or work, people in France could connect to more than 25,000 online services long before the world wide web had even been invented. Many services of the dotcom-and-app eras had precursors in 1980s France. With a Minitel, one could read the news, engage in multi-player interactive gaming, grocery shop for same-day delivery, submit natural language requests like /reserve theater tickets in Paris,’ purchase said tickets using a credit card, remotely control thermostats and other home appliances, manage a bank account, chat, and date.” It lasted a full three decades before being decommissioned in 2012. 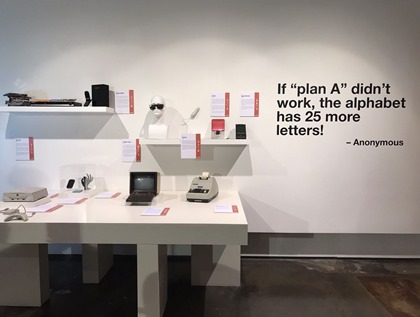 The Minitel, lower shelf, second from right: a tech pioneer from France.

There’s nothing equivocal about the wall of Trumpian failures, though. 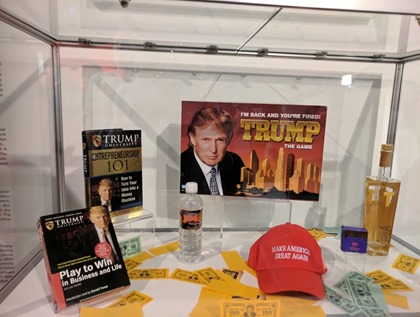 Trump: The Game wasn’t exactly an innovation, but Dr. West doesn’t apologize for including it. “Ignore the fact that I hate Trump, it’s a horrible game,” West told L.A. Weekly. "It's a cheap ripoff of Monopoly that failed once in ’89 or ’90, and then when he became a celebrity with the TV show, they released it again [in 2004] and it flopped a second time.”

Some of the failures in the MoF are infamous for being downright dangerous. 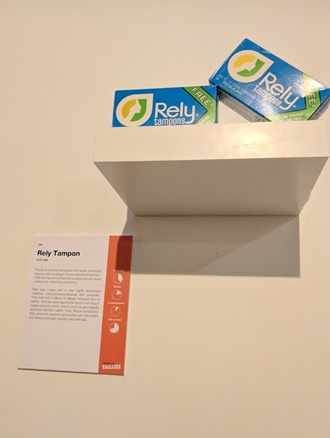 Rely tampons, linked in the 1980s to cases of sometimes-fatal toxic shock syndrome.

Some were just gross. 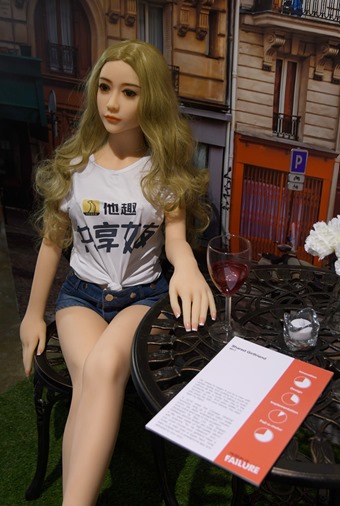 “Shared Girlfriend,” a sex-doll-for-rent that lasted four days before being, um, withdrawn from the market. 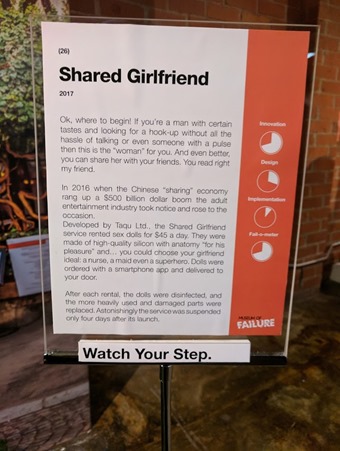 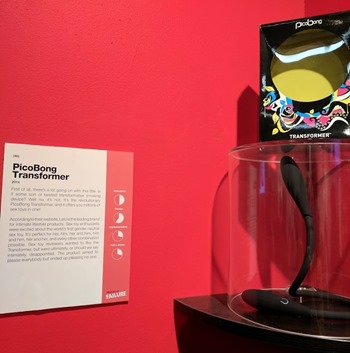 PicoBong Transformer: “Is it some sort of twisted transformative smoking device? Well no, it’s not.” 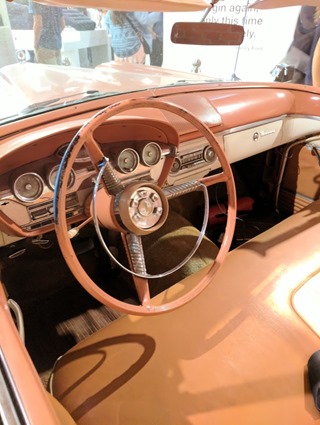 And a wall of successful and failed Oreo flavors. The game is to guess which are which. 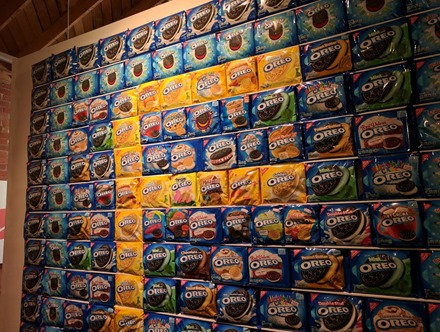 The all-ages crowd on the day I visited seemed to get a special kick out of the Failure Confessional, a wall on which visitors were encouraged to anonymously post their own failures. 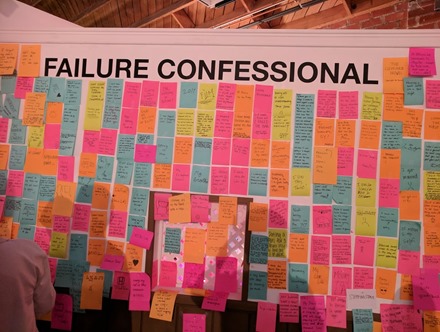 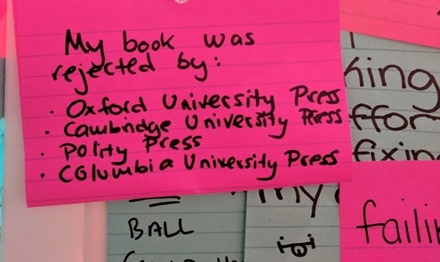 If you can’t make it to L.A. in the next month, here’s a consolation: The Los Angeles Daily News reports that the MoF “plans to unveil plans in January for a permanent location in Hollywood set to open before the Oscars with a focus on entertainment.” My money is on Ishtar — often called one of the worst movies ever made — being Exhibit A.

Posted at 08:00 AM in Art, Branding, Cars and Motorcycles, Culture, Food and Drink, French, Technology | Permalink

But spare a thought for "Waterworld" and the Demi Moore version of "The Scarlet Letter" (with a happy ending.)

Jarts. What could go wrong? https://en.wikipedia.org/wiki/Lawn_darts#Safety_and_bans_in_the_USA_and_Canada

I was just there a few weeks ago. I didn't see the Edsel, but they did have a Juicero.