Words of the year 2017: Fritinancy edition

With December half gone, we’re already deep into Word of the Year season. Dictionary.com has chosen “complicit”; Merriam-Webster chose “feminism”; Collins Dictionary offered “fake news.” Oxford University Press selected “Trump” as its Children’s Word of the Year for 2017, while Oxford Dictionaries picked youthquake, which last was popular in the 1960s, although for different reasons. (The word was coined in 1965 by Vogue editor Diana Vreeland.) Cambridge Dictionary picked “populism.” On NPR’s “Fresh Air,” Geoff Nunberg made the case for “tribal” (although on Twitter, he made another suggestion); on Twitter, John Kelly nominated “bot,” and on the Oxford Dictionaries blog he rounded up an assortment of WOTYs, including, from Switzerland, harcèlement, or “harassment.” And the pseudonymous Emmet Lee Dickinson has been counting down December with a daily WOTY.

To appropriate a phrase: me too. As in the past, my choices for 2017 follow the guidelines of the American Dialect Society, which will choose its own WOTYs on January 5, 2018, at its annual meeting in Salt Lake City. (If you happen to be in the vicinity, the vote is open to the public. Go!) Nominated words don’t have to be brand new, but they do need to “show widespread usage by a large number of people in a variety of contexts and situations, and which reflect important events, people, places, ideas, or preoccupations of English-speakers in North America in 2017.” They don’t have to be single words, by the way: any “lexical item” qualifies, including hashtags and short phrases.

My WOTY, however, is a single word: reckoning, an old word given new relevance and significance by current events. Details below.

Here’s my full list of notable words of the year, in alphabetical order. Some links go to my original Word of the Week posts.

Alt- Not only for alt-right, shorthand for the emboldened white-nationalist “identitarians” who dominated many news cycles. (Here’s a recent example.) Alt- also surfaced immediately after Trump’s inauguration, on January 20, in the Twitter handles of numerous “rogue” government accounts, some of which functioned as whistleblowers. My nomination for prefix of the year. 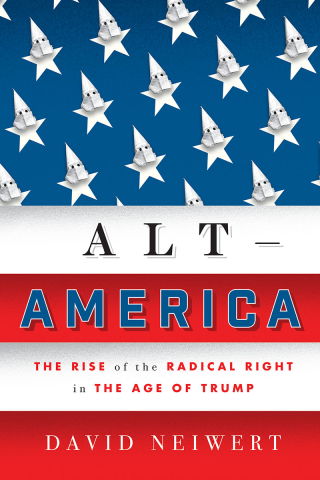 Antifa. Short for “antifascist,” the term has roots in the early 1930s but came back in a big way in response to the presidential election. Antifa even appeared on the front page of the New York Times Style section (“What to Wear to Smash the State”). My nomination for revival of the year (a tie with dotard, below).

Blockchain. The explosive surge this year in the value of the cryptocurrency bitcoin – worth more than US$17,000 earlier this week – brought attention to the technology underlying it. But blockchain, or “digital ledger technology,” found its way into many other areas as well, including airlines, pharmaceuticals, and cannabis growing and selling.

Covfefe. Shortly after midnight on May 31, @RealDonaldTrump published a tweet containing this mysterious word to his many millions of followers. What did it mean? (The tweet was eventually deleted.) How is it pronounced? Not only did the questions, and the mockery, persist, but the name was memorialized as a legislative backronym: Less than two weeks after the tweet-typo, Democratic Rep. Mike Quigley of Illinois introduced the Communications Over Various Feeds Electronically for Engagement Act, which would broaden the scope of the Presidential Records Act of 1978 and prohibit the deletion of presidential tweets and other social-media posts. My nomination for WTF word of the year (an actual American Dialect Society category). 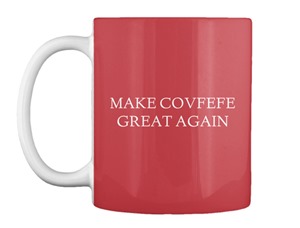 Dilly Dilly. A mock cheer – the rough equivalent of “hear, hear!” – created by ad agency Wieden + Kennedy for a Bud Light ad campaign, “Dilly Dilly” became “a cultural phenomenon,” according to Business Insider. Miguel Patricio, chief marketing officer of Bud Light’s parent company, Anheuser Busch InBev, has said that “Dilly Dilly” “doesn’t mean anything. That’s the beauty of it. I think that we all need our moments of nonsense and fun. And I think that ‘Dilly Dilly,’ in a way, represents that.” My nomination for commercial word of the year.

Dotard. In September, North Korean leader Kim Jong-un launched an insult at Donald J. Trump that was translated as “mentally deranged U.S. dotard." (The original was closer to “lunatic old man.”) The report sent many people scrambling for a dictionary; Merriam-Webster helpfully tweeted that the word had meant “imbecile” in the 14th century, and now means “a senile person.” Language maven Ben Zimmer told readers of the Chicago Tribune that the -ard suffix was unrelated to retard. In early December, Kim trotted out dotard once again in a statement blasting Trump for his “reckless, wicked” decision to recognize Jerusalem as Israel’s capital. My co-nomination, with antifa, for revival of the year.

Kimmel test. In the spring, Congress debated a replacement for the Affordable Care Act that could have resulted in people with pre-existing medical conditions losing their insurance. On May 5, U.S. Senator Bill Cassidy, Republican of Louisiana (and a physician), announced that he’d base his decision to support the act’s replacement on “whether it passed the Jimmy Kimmel test,” measuring whether a child born with a pre-existing health condition would continue to receive health care regardless of cost. Three days later, Kimmel interviewed Cassidy and declared: “Since I am Jimmy Kimmel, I would like to make a suggestion as to what the Jimmy Kimmel test should be. I’ll keep it simple. The Jimmy Kimmel test, I think, should be: No family should be denied medical care, emergency or otherwise, because they can’t afford it.”

#MeToo. Hashtag used by women on social media to indicate that they had experienced sexual harassment or assault; shorthand for a movement that mushroomed in response to a spate of revelations about inappropriate conduct by men in media, politics, and entertainment. The hashtag went viral in October after the actress Alyssa Milano proposed its use on Twitter.

If you’ve been sexually harassed or assaulted write ‘me too’ as a reply to this tweet. pic.twitter.com/k2oeCiUf9n

New-collar. A designation for “middle-skill” jobs that require technology skills but not a college degree. Formed in imitation of blue-collar (1880s) and white-collar (coined in the 1930s by the American writer Upton Sinclair). New-collar first appeared in the 1980s, when it referred to people with low-wage service or office jobs. Read an IBM article about new-collar jobs; read about other collar-designated job categories.

Pence rule. The stated objection of Vice President Mike Pence to dining with a woman unless his wife is also present. Formerly known as the Billy Graham rule, after the fundamentalist preacher.

Persisterhood. In February, speaking in the U.S. Senate against the nomination of Jeff Sessions as attorney general, Senator Elizabeth Warren (D-Massachusetts) was interrupted twice by male colleagues. Afterward, Majority Leader Mitch McConnell, a Republican, said that Warren “had appeared to violate” a Senate rule against “ascribing to another senator or to other senators any conduct or motive unworthy or unbecoming a senator.” “She was warned,” said McConnell. “She was given an explanation. Nevertheless, she persisted.” The phrase became a hashtag and a rallying cry, and Persisterhood – a blend of persist and sisterhood – entered the lexicon … and many Etsy stores. 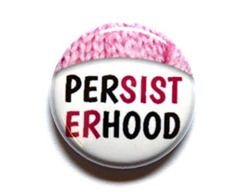 Pussyhat. I included pussy on my 2016 WOTY list; this year pussyhat pushed to the fore, a symbol of the January 21 Women’s Marches and beyond. The simple cat-eared beanies, often handmade, “can be read, most obviously, as the opposite number of the red MAGA caps, which are the defining symbol of any Trump crowd,” Rob Walker wrote in the New Yorker. “And, of course, their hashtag-able designation as ‘pussyhats’ referenced Trump’s offensive comments in the infamous ‘Access Hollywood’ tape.” 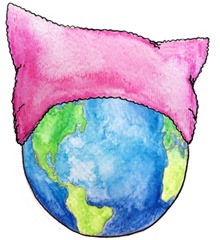 Reckoning. As I wrote in November, reckoning — a word that has been in print since the early 14th century, when it referred to the Last Judgment — frequently appeared this year in stories “sexual harassment, sexual ‘misconduct’ and, in some cases, actual rape, perpetrated by men in positions of power.” It was also used in reference to the current occupant of the White House, as in this Vanity Fair headline: “The Reckoning: How Trump Has Left the World in Revulsion.” Reckoning was also the choice of reporter Mary Schmich at the Chicago Tribune. 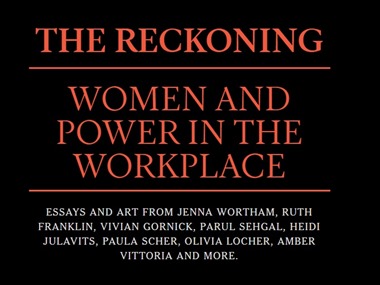 “The Reckoning,” a special section in the New York Times Magazine, December 17, 2017.

(Tie) The Sunken Place, the brainwashing technique used on Chris, the African American protagonist of Jordan Peele’s debut hit Get Out; and The Upside-Down, the parallel universe in Netflix’s “Stranger Things.” Both phrases frequently appeared as metaphors for the bleak realities of the Trumpocene (see below).

The Sunken Place means we're marginalized. No matter how hard we scream, the system silences us.

Trumpocene. Loosely, the era defined by the current occupant of the White House and characterized by denial of human-caused climate change and rejection of expertise.. Formed in imitation of Eocene, Miocene, and Pliocene, geological eras named in the 1830s by the English polymath William Whewell, as well as later coinages such as Anthropecene (which dates from 2000). (The -cene suffix comes from a Greek root meaning “recent”; in fact, it also appears in “recent.”) Trumpocene originally appeared in October 2016 (see this Guardian article) and spread through social media (see Twitter).