Word of the week: Prance

“One well-chosen verb” gave Doug Jones, the victorious Democrat in last week’s contest for a U.S. Senate seat in Alabama, the rhetorical advantage over his opponent “Judge” Roy Moore*, writes David Litt in The Daily Beast. At a campaign event a week before the election, Jones

reminded voters of the time Moore had pulled out a pistol at one of his events. “I’m a supporter of the Second Amendment,” Jones declared. “When you see me with a gun, folks, I’ll be climbing in and out of a deer stand or a turkey blind, not prancing around on a stage in a cowboy suit.” 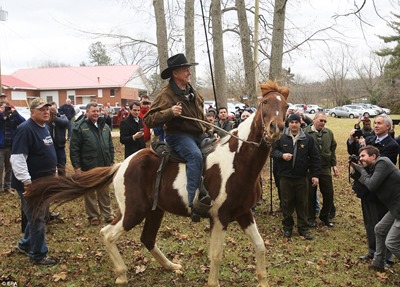 “Judge” Roy Moore ostentatiously prancing to the voting booth on his horse Sassy, who looks skeptical and a little peeved.

Look at the word choice in that sentence. Not “walking” or “marching,” but “prancing.” Not at a rally, but “on a stage.” Not dressed like a cowboy, but “in a cowboy suit.” These were precise, cutting words. They didn’t just make fun of his opponent. They went straight at the central conceit of his public persona – his toughness. Words like “prancing” and “cowboy suit” suggest the opposite of masculinity. Where Roy Moore presented himself as an alpha male, Doug Jones exposed him as a kind of right-wing cabaret act.

Jones “never called his opponent a sissy,” Litt writes. “But after hearing him, any voter concerned about sissy-ness would think twice about Roy Moore.”

Prancing has especially vivid connotations. Since the late 14th century, when it first appeared in English, prance has been associated with the gait of horses and other animals (“to spring from the hind legs”) and with equestrians (“to ride proudly or ostentatiously”). (The etymology of prance can’t be pinned down; it may be related to prank, which at one time meant “to caper” or “to dance”; or it may come from Danish pranse or prunse, “to go in a stately, proud fashion.”) Many English-speakers know prance largely through Prancer, the reindeer name invented by Clement Clarke Moore in his 1823 poem “A Visit from St. Nicholas.”

More rapid than eagles his coursers they came,
And he whistled, and shouted, and call'd them by name:
“Now, Dasher! Now, Dancer! Now, Prancer, and Vixen!
“On, Comet! On, Cupid! On, Dunder and Blixem!”

(The Dutch Dunder and Blixem are frequently replaced by Donner and Blitzen.) 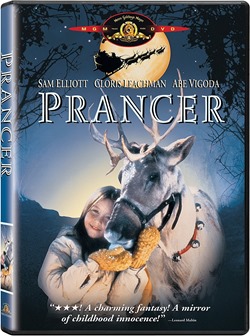 Prancer (1989): “A 9-year-old girl discovers a wounded reindeer in the forest and, believing it to be one of Santa's magical sleigh team, secretly nurses it back to health.” 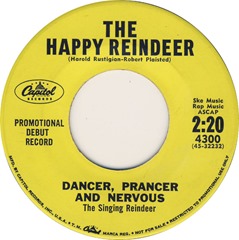 “The Happy Reindeer” was a hit record in 1959 for Russ Regan, the musician behind the fictitious trio Dancer, Prancer, and Nervous.

But prance also means “to swagger or flounce,” and that sense of the word is often collocated with homosexual to suggest effeminacy. A 2015 episode of the Funny or Die parody “Gay of Thrones” was titled “The Prance of the Drag Queens”; and a satirical article in the Onion, in 2008, used prance in a headline.

“The Prancing Elites Project” was an American reality show (2015-2016) that appeared on the Oxygen network. According to a Wikipedia entry, the series “follows a five-member dance team as they juggle their personal and professional lives in Mobile, Alabama.” (Alabama!) The dance team was described by the network as "African American, gay and gender non-conforming." 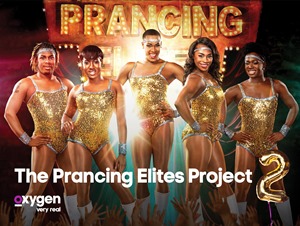 In a 2015 episode of the long-running RuPaul’s Drag Race titled “Prancing Queens,” contestants “perform in a live dance spectacular in half-man half-queen drag.”

Then there’s the half-woman, half-horse prance. Prancercise is the creation of Joanna Rohrback, who modeled her fitness regime on “the strength and beauty of a horse.” On Christmas Day 2012, Rohrback uploaded a Prancerise video on YouTube; it attracted 10 million views (and some mockery). 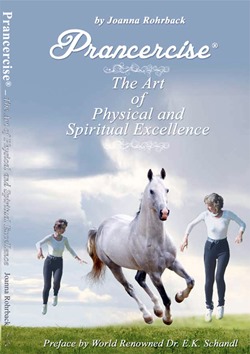 Posted at 06:30 AM in Current Affairs, Word of the Week | Permalink