« December linkfest | Main | A visit to the Museum of Failure »

Harvey. “The fact that two of the year's biggest headline makers shared the same distinctive name was simply coincidence,” writes Laura Wattenberg in the Baby Name Wizard blog. “But the coincidence made the name itself a story, one that continued to reverberate as the dimensions of the events became apparent.” The Hollywood producer Harvey Weinstein was deposed and labeled a “monster” after stories about his three decades of sexual exploitation came to light in October; his downfall led to a flood of allegations against other powerful men and to the #MeToo movement. Hurricane Harvey, the costliest tropical cyclone on record, made landfall in Texas on August 25; it was responsible for 91 deaths (90 in the U.S.) and almost $200 billion in damage. “Harvey” was originally a Breton name, Huiarnviu, which means “blazing iron.” 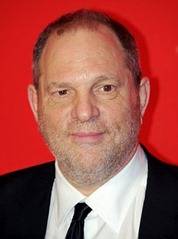 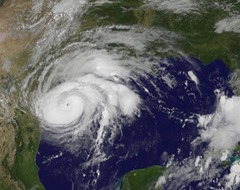 Javanka, a blend of Jared and Ivanka, the names of Donald Trump’s son-in-law and daughter. The nickname follows the example of other “supercouple” blends such as Brangelina (Brad Pitt and Angelina Jolie) and Bennifer (Ben Affleck and Jennifer Lopez).

Reality Winner, the 26-year-old Air Force veteran and former U.S. intelligence specialist currently being held at the Lincoln County jail in Georgia on charges of “removing classified material from a government facility and mailing it to a news outlet.” Her father, Ronald Winner, chose her name; according to a New York magazine profile, “He wanted a success story and felt that an aspirational name would increase his chances of producing one.” Reality’s parents separated when she was 8.

Nambia. In September, the 45th president of the United States “lavished praise on the health care system of Nambia during a speech at the United Nations,” CNN reported. Just one little problem: There is no such country. (Trump may have meant Namibia, an actual country on the African continent.) It wasn’t a one-time flub; Trump mentioned “Nambia” twice in the speech.

Offred, the protagonist of The Handmaid’s Tale, a Hulu streaming series adapted from Margaret Atwood’s dystopian novel of the same name about an antifeminist future. “Offred” means “of Fred”; women in the novel and the series receive new names based on the names of men they “belong” to.

Eleven, the name of a mysterious character in Stranger Things, the second season of which aired this year on Netflix. Given the name “Jane” at birth, the girl is renamed “011” when she becomes a government test subject.

Bowling Green. In interviews on January 29 and February 2, presidential counselor Kellyanne Conway told journalists that Iraqi immigrants had taken part in “the Bowling Green massacre” of 2011. There was no such “massacre,” or attack of any kind; Bowling Green, Kentucky, was where the men had been arrested for attempting to send money and weapons to Al Qaeda. Bowling Green made headlines again in November, when U.S. Senator Rand Paul was assaulted by a neighbor.

Whitefish. The small Montana city (population 7,200) was at the center of at least five national stories in 2017. In April, a Jewish resident filed a lawsuit against the publisher of a neo-Nazi website. Whitefish is the part-time home white nationalist Richard Spencer and the full-time home of his mother; it’s also the home of Ryan Zinke, who in April was selected as U.S. secretary of the interior. In September, Whitefish Energy – a two-year-old company with two full-time employees – was awarded a $300 million contract to repair the electrical grid in Puerto Rico, which was ravaged by Hurricane Maria. Apparently unrelated to all this, the U.S. Special Olympics organization announced in early December that it was canceling its 2018 State Winter Games in Whitefish.

Trade name (“names of real commercial products, as well as names of both for-profit and non-profit companies and organizations, including businesses, universities, and political parties”)

Bitcoin. I’ve been following the rise of cryptocurrency for four years (see my 2013 post and my 2014 post), but 2017 was the year of true Bitcoin mania: Google Trends charted a steep rise in interest as the price of a single bitcoin climbed precipitously to over US$18,000 before dropping to about $14,000. Meanwhile, commercial interest in blockchain, the technology underlying Bitcoin, also multiplied, as I explained in a November post. Bitcoin is capitalized when it refers to the concept or protocol, which makes it eligible to be classified as a trade name. 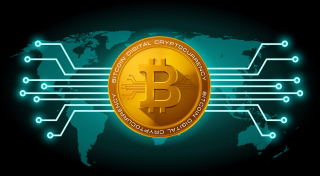 Juicero. As I wrote in my Visual Thesaurus column about brand names of 2017: “When business schools need a case study of Silicon Valley hype and hubris, it's likely they'll use the Juicero story. The company, founded in 2013, made a $400 machine that squeezed juice from packets of fresh fruit and vegetables, which Juicero sold for $5 to $7 each. The company raised $120 million in venture capital before two Bloomberg reporters discovered that hand-squeezing the packets produced an equivalent amount of juice ... 30 seconds faster than the machine. In September, the company suspended sales and offered refunds to customers.”

Bay Area name of the year

Journey’s End: the tragically apt name of a mobile-home park in Santa Rosa, California, that was decimated by the Tubbs Fire that swept through Sonoma County in October. About 130 mobile homes were destroyed, and one resident died in the fire. After the fire was extinguished, dangerous levels of asbestos had to be cleared. (Compare last year’s nominee, Ghost Ship.)

Posted at 06:30 AM in Fire, Name of the Year, Names in the News, Naming, Politics, Television, Weather | Permalink