Pretty much everywhere you look, things are bad. Sexual predators in Hollywood, Washington, Alabama, and between and beyond. Wildfires in Los Angeles and Ventura counties – in December! (As someone observed on Twitter this week, there’s no such thing as “fire season” any more.) The rapacious tax bill. The shrinking of public lands. Reckless, cynical legislation designed to make it easier to carry concealed weapons anywhere you damn want.

But don’t give up quite yet: On TV, badness takes a holiday, and it’s all Good. I counted five Good titles in the current lineup, one coming soon, one in production, and two more that ended recently and are still viewable on demand. 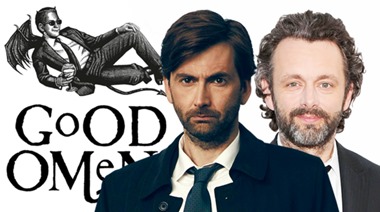 A new Amazon series based on the Neil Gaiman/Terry Pratchett book is scheduled for 2019; it will star David Tennant and Michael Sheen (pictured) as well as Jon Hamm. It’s described as “a tale of the bungling of Armageddon [that] features an angel, a demon, an 11-year-old Antichrist and a doom-saying witch.” 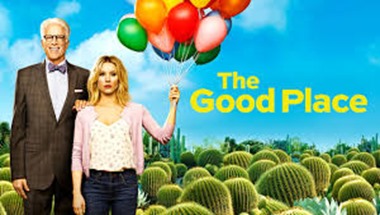 The NBC comedy about the afterlife, starring Ted Danson and Kristin Bell (pictured), returns in 2018 for Season 3. 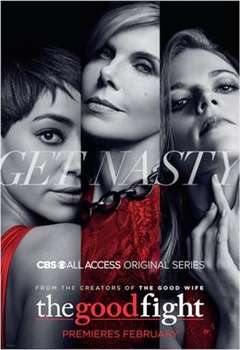 A spinoff of “The Good Wife” (see below), this legal drama on CBS All Access stars Christine Baranski, with Bernadette Peters in a recurring role. It premiered in February 2017 and will return in 2018. 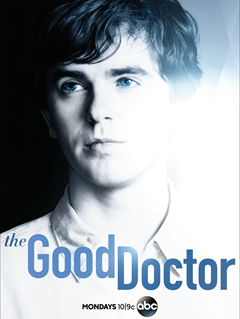 A new-this-season drama on ABC about a young surgical resident with autism and savant syndrome. Based on a South Korean series of the same name. 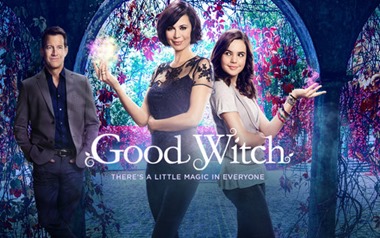 The Hallmark Channel comedy about a “magical” mother and daughter will return for a fourth season in 2018.

Now in its second season, this TNT drama stars Michelle Dockery as a thief, con artist, and drug user who’s been released from prison on – you guessed it – good behaivor. 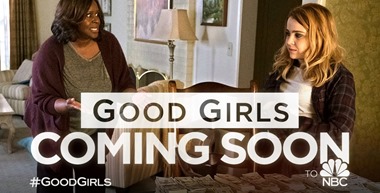 “Three suburban mothers suddenly find themselves in desperate circumstances and decide to stop playing it safe and risk everything to take their power back.” The crime drama will debut in February 2018. 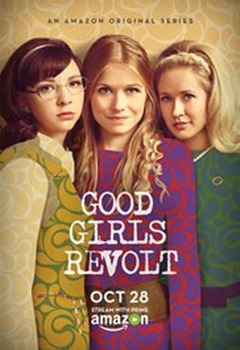 The Amazon series premiered in November 2015 and lasted for 10 episodes. It was based on Lynn Povich’s The Good Girls Revolt: How the Women of Newsweek Sued Their Bosses and Changed the Workplace (2013). Read more about the TV show and its backstory. 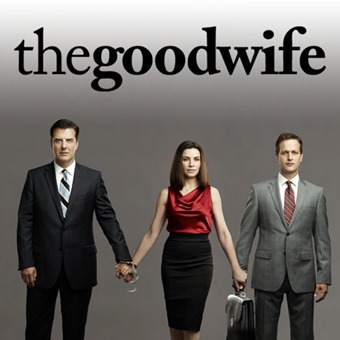 The crime drama starring Julianna Margulies ran from 2009 through 2016.

And from the big screen, let’s not forget… 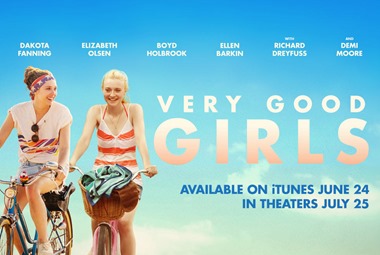 The Good Earth (1937), winner of two Academy Awards; based on the novel of the same title by Pearl Buck. 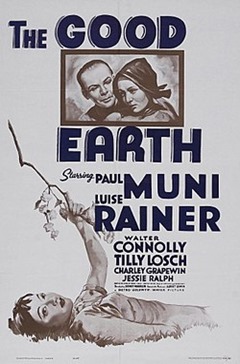 Fed up with screens? Here, read something. 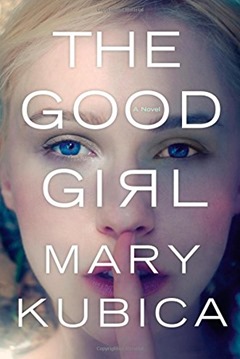 Posted at 06:30 AM in Television, Titles, Trends | Permalink