This is a verbate of what Sarah Huckabee Sanders said after Las Vegas when asked abt gun control regulation; "Today is a day for consoling" pic.twitter.com/RBErjRzuc3

Abramson is currently a reporter for Time and Fortune, but she may have picked up verbate from her previously employer, the broadcast network ABC.

Verbate of COMEY to Collins on asking for leak to prompt special counsel appointment pic.twitter.com/y9eDrWR2Ih

Sometimes a verbate isn’t even verbatim.

McCabe to Rubio just now (rough verbate): "Simply put, you cannot stop the men and women of the FBI from doing the right thing"

“Rough verbate.” Flowers is a producer at MSNBC.

This 2015 tweet, from NBC News editor Bradd Jaffy, is the earliest usage I’ve found of journalistic verbate (but keep reading for an earlier, brand-name Verbate):

Verbatim entered English in the late 15th century as an adverb (“I shall give you my Cousin’s Letter verbatim”), and by 1737 was documented as an adjective (“verbatim reports”). By 1898 it was also being used as a noun meaning “a full, word-for-word report of a speech” – a transcript. The OED’s earliest citation is from the New York Daily News: “Crisp writer wanted, who can also do a verbatim.” I never heard “a verbatim” in my own journalism career, but it must have been lurking in the media’s collective unconscious, ready for its new, even crisper reincarnation as verbate.

(At some time in the late 20th or early 21st century, the noun form of verbatim was pluralized and took on the special sense of “transcripts of survey responses.” I first heard it about five years ago from a client who offered to send me “customer verbatims” for my name-development research. This sense of verbatims is also used in French and Spanish.)

The latest incarnation of verbate is a verb.*

Which is why we coined the phrase "verbate the SOT, please."

Johnson is an anchor for Bloomberg radio and TV. SOT is an initialism for “sound on tape.”

For example, if we at Puck Drunk Love assigned somebody to verbate everything that Mike Milbury said during pre-game, intermission, and post-game shows on television, we could find something to write about every week in this column.

"Though I may not be able to verbate my life story my leaves tell tales of wonders you won't… https://t.co/ueMYIXhxvY

Clipping a word like verbatim probably came naturally to journalists, whose jargon includes many truncations: op-ed (opposite the editorial page), obit (obituary), folo (a follow-up story), buro (bureau), graf (paragraph), forn (foreign), and others. In general communication, too, we English-speakers like our snappy shortenings: fave, mayo, delish. This trend is hardly new; as I observed in a 2012 blog post, the Gershwins used a bunch of slangy truncations in their 1927 lyric for “‘SWonderful.”

And that brand-name Verbate? The company was founded in 2012, has offices in Sydney and London, sells a video-survey tool, and is currently hiring a “Growth Hacker” and a “Programming Genius.” Its staff already includes a Head Honcho, a Digital Wordsmith, and a Sherpa of the Things. 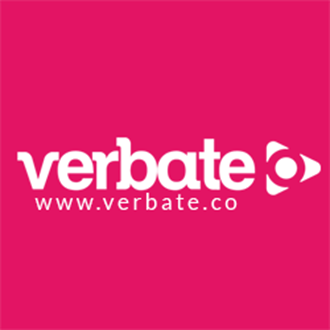 * It was already a verb in Italian: the informal second-personal plural form of verbare. (Added: JUST KIDDING.)

Posted at 06:30 AM in Abbreviations, Jargon, Journalism, Neologisms, Words | Permalink

Hello Nancy,
I checked on three different Italian dictionaries--there's no such a verb ("verbare") in Italian.

Giovanni: Well, "verbate" isn't in any English-language dictionaries, either, and yet here we are.

I had always assumed that "op-ed" was short for "opinion-editorial."

@Nancy: I guess you misunderstood. I was referring to your note: "It was already a verb in Italian: the informal second-personal plural form of verbare. Verbare (v.) = to make into a verb [Italian]". This note is simply wrong. In fact, I guess you misread or totally misunderstood the tweet from @CasualConjugate--it's a joke! It's fine as long as it is a joke. It's not fine if you take that joke for serious ("It was already a verb...").

Giovanni: I understood. I should have signaled my sarcasm more clearly.

I picked up "forn" from the US government, which sometimes supplemented FOUO ("For Official Use Only," pronounced "foo-yoo") with NOFORN, which means exactly what you think it does.