A list of songs whose lyrics mention brand names (many of them trademarks). H/t @TimberlakeLaw.

A highly subjective list of “the 20 goofiest character names in movie history.” 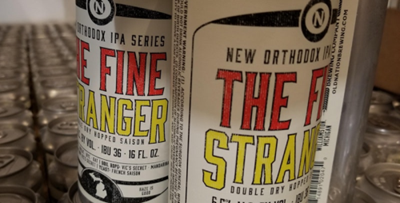 Are you trying to follow the Trump-Russia saga but getting bogged down in acronyms and buzzwords? Here, from Eric Garland, is everything you need to know about SCIF, Humint, SF-86, and all the rest.

Stan Carey’s A-to-Z of English usage myths, from alternative (“Shouldn’t it be alternate?”) to zoom (“Doesn’t it have to refer to upward mobility?”).

Since I wrote about IKEA’s naming system almost 10 years ago, classification efforts have grown more disciplined and sophisticated. This IKEA dictionary, compiled by Lars Petrus, includes more than 1,200 name origins (and 130 “mystery names”).

Shoutout to the Washington Post copyeditor who fulfilled a headline-writing dream today pic.twitter.com/Gx9Q0zIVnh

Here’s a “Sideways Dictionary” – a collaborative project from the Washington Post and Alphabet, written by UK creative agency Asbury & Asbury – that defines technology terms via analogy. (Each definition begins “It’s like…”) Read more about the project on the Asbury & Asbury blog. Definition-by-analogy is an excellent exercise for name developers, by the way.

The Danish energy company DONG – an acronym for Dansk Olie og Naturgas (Danish Oil and Gas) – has changed its name to Ørsted — after the  Danish scientist Hans Christian Ørsted (1777-1851), who discovered that electric currents create magnetic fields. The Brand New design-critique blog called the wordmark, with its modified slashed O, “a subtle, clever, and relevant use of the otherwise tired visual cliché of the power button.” 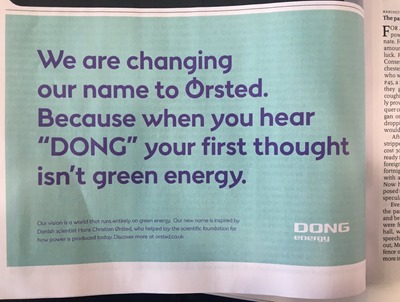 Ad in The Economist. Image via Leo Mirani.

A Mississippi elementary school that had been named after the president of the Confederacy, Jefferson Davis, changed its name to Barack Obama Magnet International Baccalaureate Elementary.

Twenty years after its launch, Aol Instant Messenger (AIM) will shut down on December 15. New Yorker staff writer Alexandra Schwartz wrote a personal remembrance of the platform, which prefigured Twitter; and Washington Post staffers said a fond good-bye – or “BRB,” in AIM-ese – via video.

When is a good time to rebrand? Some helpful advice from design agency Johnson Banks. 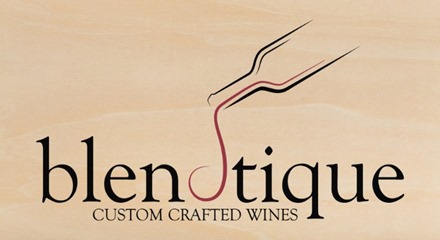