« Name in the news: Velar | Main | On the Visual Thesaurus: Back to backronyms »

The only semi-relevant definition I found for “black pill” in Urban Dictionary is dated November 18, 2016 (“ catastrophic prophecy or spiritless prophesying for the future that is not necessarily grounded in reality. A red pill gone hopelessly bleak”). But the term had been around for a while before then, as this tweet from “American nationalist” Mike Cernovich proves.

Blue pill: The system is fair.

Red pill: The system is rigged.

Black pill: This is fun!

Someone who calls himself “Young Himmler” responded to Cernovich with this image: 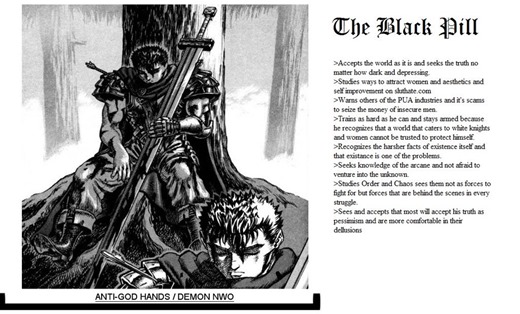 Lately, blackpilling has lost some of that Cernovichian joie de vivre.

On the other hand, you can count on Alexander Wang, the American fashion designer known for his black palette and puckish wit, to tweak the trope. 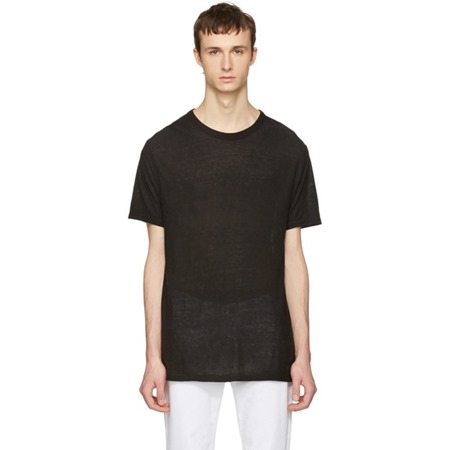 There are signs that -pill is becoming a productive libfix like -stock and -ini.

* Excellent name, and an excellent blog that the Columbia Journalism Review called “a media digest for people who don’t usually consume right-wing news."

Posted at 06:30 AM in Colors, Culture, Film, Politics, Word of the Week | Permalink