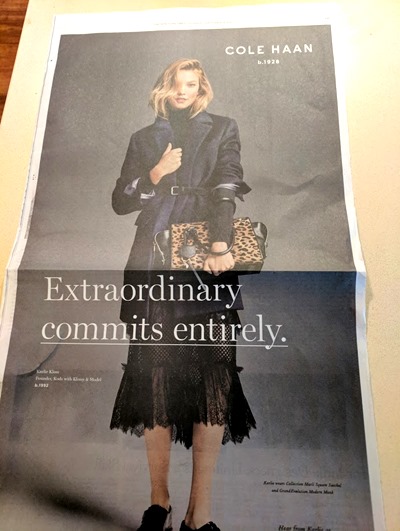 Having gone to the trouble of reading “extraordinary” as a noun, I find myself doing the same to “entirely”—as if it were a kind of crime.

I’d add that the only extraordinary I see in that ad is the ugliness of the outfit, which probably costs a couple months’ salary. 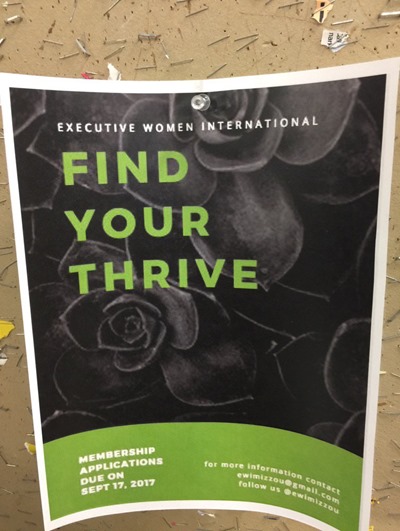 Verb to noun: “Find Your Thrive,” Executive Women International, based in Oconomowoc, Wisconsin. (Via Matt Gordon.) 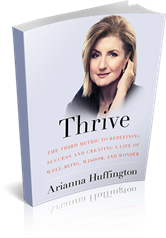 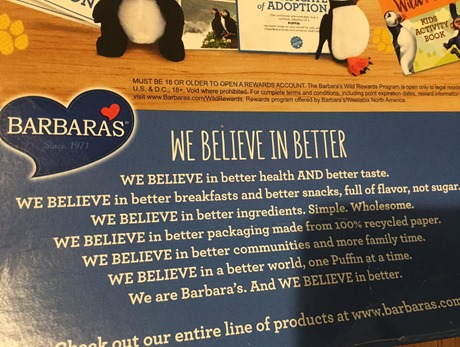 Comparative adjective to noun: “We believe in better”; Barbara’s “wholesome cereals and snacks” xince 1971. (Via Ben Yagoda, who is as obsessed with this trend as I am.) 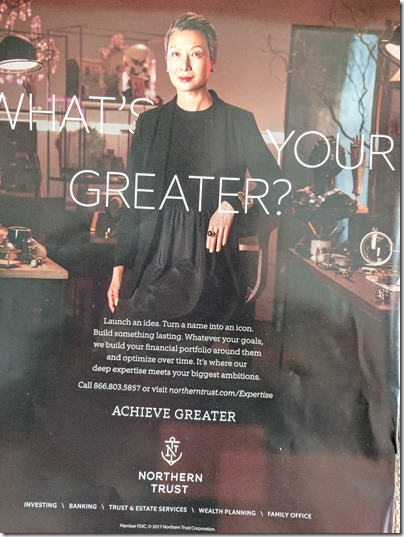 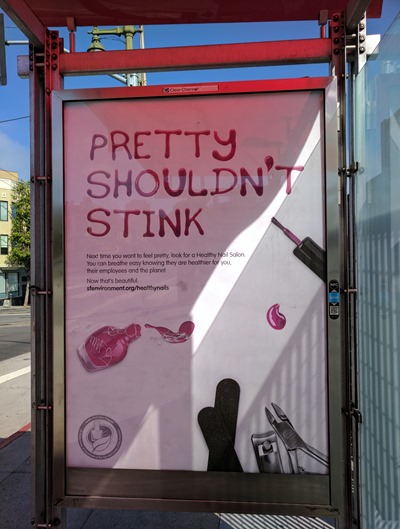 Adjective to noun: “Pretty Shouldn’t Stink,” outdoor ad for “healthy nail salons” from SFEnvironment, a department of the city and county of San Francisco. 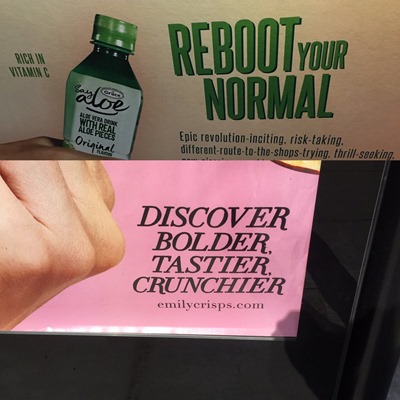 Sometimes plain old functional shift isn’t oomph-y enough. So you do with United did: attach a verbifying suffix, -ify, to an adjective. 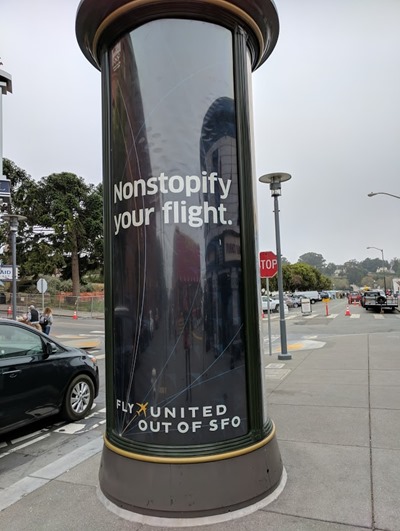 This ad reminded me of two things: first, that names ending in -ify have been so trendy for so long that my colleague The Name Inspector created a Wall of Namifying to immortalize them. And second, unstopify made me think of the P-deprived Unstopables brand from Procter & Gamble, which I wrote about back in 2011 (scroll down).

Posted at 06:30 AM in -ify, Advertising, Anthimeria, Trends | Permalink

LOL Cole Haan—"Give me a full ballerina skirt and a hint of saloon and I'm on board."

I shared this with a friend, who immediately thought of the mangled English that shows up in Japan.

Specifically, she was thinking of the 1980s band Let's Active, who apparently got their name from a Japanese t-shirt:

In the case of demonstratives used as adjectives, the first letter of the noun the demonstrative is accompanying.