On the Visual Thesaurus: The new eponyms

My new column for the Visual Thesaurus considers a batch of new brand names, including Mr. Cooper (the insurance company formerly known as Nationstar), Penny (a personal- finance app), Dave (another personal-finance app), Oscar (a health-insurance company), June (an “intelligent oven”), and Alexa (the Amazon device). All of these names are eponyms – derived from proper nouns. But unlike previous generations of brand eponyms – Wendy’s, Ben & Jerry’s, Mary Kay, Sam’s Club – these eponyms aren’t taken from the names of founders or founders’ relatives. Instead, they’re wholly fictional. 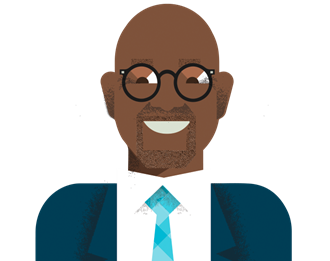 The illustration on Mr. Cooper’s website isn’t identified as the fictional Mr. Cooper, but it could be.

A corporate press release for Mr. Cooper said the name was selected from among thousands of candidates “to personify the next generation of home loan servicing and lending for the company”: It “represents a more personal relationship customers can have with their home loan provider.”

But can you really have a personal relationship with a fictional persona? Dave and June and the rest of the crowd are counting on it, but the assumption strikes me as disingenuous. The new eponyms are less suggestive of living, breathing humans than of characters in a play or – even more to the point – mascots.

We often think of mascots as representing sports teams or events: the San Francisco Giants’ Lou Seal; “Olly” and “Syd” from the 2000 summer Olympics in Sydney. But a mascot can be any person or thing that is supposed to bring luck. The word came into English in 1881 from French mascotte, a talisman or sorcerer’s charm; an 1880 French play, La Mascotte, popularized the word, which may have its origins in Latin masca, or “mask.” (It’s worth noting here that personal and person also come from a root – in this case, Greek – meaning “mask.”)

Blog bonus: My Pinterest board of fictional brand eponyms.

Posted at 06:31 AM in Eponyms, Mascot, Naming, Visual Thesaurus | Permalink