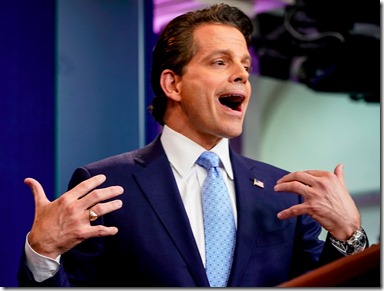 Popinjay came into Western Europe, probably during the Crusades, from an Arabic source, babġā' , babbaġā', which means “parrot” (the noun). It shows up in many European forms with different endings “as a result of folk etymology,” according to the OED. The jay ending in English evokes the chattering bird familiar to Britons; some spellings reflect the adjective gay. Italian pappagallo , Spanish papagayo, and Catalan papagall show the influence of Latin gallus (rooster). (The character names Papageno and Papgena in Mozart’s “The Magic Flute” are variants of the same word.) In English, popinjay has been spelled papaga, popengaie, papiayez, papagey, popinjay, papyngo, and papejoy, to give a far from comprehensive list. At some point between the 14th and 16th centuries, its meaning shifted to the contemporary one. It may not have hurt that popinjay sounds a little like pompous.

Felix Salmon, a senior editor at Fusion, has been attaching popinjay to Scaramucci for years. In September 2011, when Scaramucci was still managing a hedge fund and Salmon was blogging for Reuters, Salmon called Scaramucci “the guy who will spend whatever it takes to get noticed,” and concluded: “If anybody is going to become the Peter Lynch of the hedge-fund industry, let’s hope it isn’t this popinjay. He’s the very worst of Wall Street, made flesh.” (Peter Lynch was a Fidelity Investments money manager and TV spokesman who helped popularize mutual-fund investing in the 1980s and 1990s.) The post touched off a long-running feud between the two men.

Salmon’s countryman, the late British journalist Christopher Hitchens, also took some satisfaction in deploying popinjay, even at his own expense. In 2005, a Labour member of Parliament called Christopher Hitchens a “drink-sodden, ex-Trotskyist popinjay,” and Hitchens reproduced the quote, possibly with some satisfaction, in an essay in the Weekly Standard. In November 2016, the British Labour party called far-right politician Nigel Farage a “poppy-less popinjay” for skipping Remembrance Sunday observances – the equivalent of Veterans Day in the U.S., and symbolized by poppies – in favor of visiting Donald Trump.

“Popinjay” is the common name of a butterfly, Stibochiona nicea. 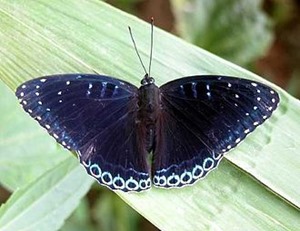 It’s also the name of a hotel in Scotland’s Clyde Valley. And it’s the name of an e-commerce business, based in Southern California, that sells “one-of-a-kind fashion that combines luxurious craftsmanship and ethical business:.” 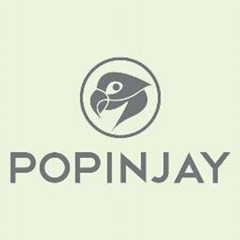 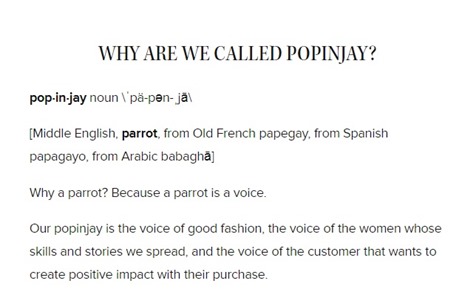 The Italian version of popinjay, Pappagallo, was the name of a footwear brand whose shoes were much coveted in the 1960s and 1970s, and are collectible now. 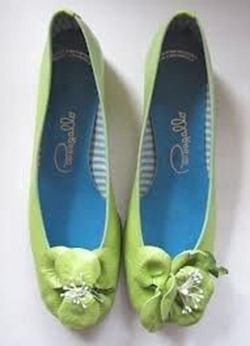 I would be remiss not to note the interesting implications of Anthony Scaramucci’s actual surname. It’s the plural of scaramuccia, which means “little skirmisher.” The French form of the word became the name of a stock figure in Italian commedia dell’arte, Scaramouche, “a stock character in Italian farce, a cowardly and foolish boaster of his own prowess, who is constantly being cudgelled by Harlequin. The character was intended in ridicule of the Spanish don, and was dressed in Spanish costume, usually black; the costume was often adopted in masquerades.” (Wikipedia) 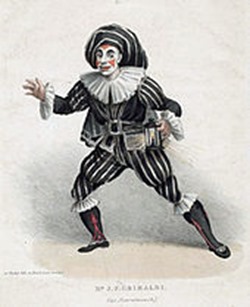 You may associate Scaramouche with “Bohemian Rhapsody,” the 1975 Queen song: “Scaramouche, Scaramouche, will you do the fandango?” Older generations would have thought of Rafael Sabatini’s 1921 novel, Scaramouche, in which the hero escapes pursuit by joining a commedia dell’arte troupe. The novel was made into a 1923 silent movie starring Ramón Novarro, and a 1952 Technicolor swashbuckler starring Stewart Granger. 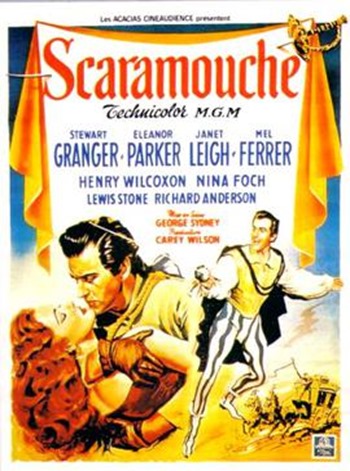 You can read a review of the 1952 Scaramouche on – wait for it – Fandango.

* Coxcomb is a synonym with a similarly avian etymology. Jesters’ hats were compared to “cocks’ combs,” and the term eventually was applied to any foolish person.

Posted at 06:30 AM in Current Affairs, Epithet, Etymology, Nicknames, Shoes, Word of the Week | Permalink

Really good post. Ideas flying all over the place, and Christopher Hitchens too.