« On the Visual Thesaurus: Failure | Main | So many words, so little impact »

In December 2012 the Russian government – led by Vladimir Putin, who had won reelection as premier in March – banned Americans from adopting Russian orphans. The ban was in retaliation for an act that had just been passed, in a rare bipartisan effort, by the U.S. Congress, which allowed the U.S. to withhold visas and freeze financial assets of Russian officials thought to be involved in human-rights violations. The act’s formal name is the Russia and Moldova Jackson-Vanik Repeal and Sergei Magnitsky Rule of Law Accountability Act of 2012. Unofficially, it’s known as the Magnitsky Act. 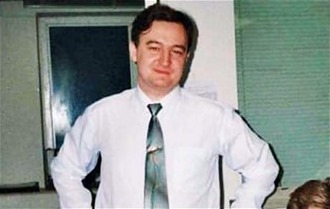 Sergei Leonidivitch Magnitsky was a Russian lawyer and auditor who had been investigating large-scale, state-sanctioned fraud and corruption when he was arrested in 2008 and held in a Moscow prison. He developed gallstones and pancreatitis and was refused medical treatment. He died – bludgeoned to death while chained to a hospital bed, according to the human-rights commission that investigated his case – seven days before the expiration of the one-year term during which he could be held without a trial. (You can read more about Magnitsky’s work, imprisonment, and death in this 2015 account by Magnitsky’s most prominent client, the U.S.-born businessman Bill Browder, who is now a British citizen.)

Several months after the passage of the Magnitsky Act and the subsequent Russian ban on American adoptions, the Russian government also banned 18 U.S. officials from entering the Russian Federation.

Repeal of the Magnitsky Act has been an ongoing project for Diana Veselnitskaya, the Russian lawyer who attended the Trump Tower meeting. According to the Times story, “Ms. Veselnitskaya’s clients include state-owned businesses and a senior government official’s son, whose company was under investigation in the United States at the time of the meeting. Her activities and associations had previously drawn the attention of the F.B.I., according to a former senior law enforcement official.”

The story is full of luridly fascinating details; if you haven’t read it, I recommend you do. And then do a little digging into one of the minor characters, Rob Goldstone. He’s a peach.

As for Sergei Magnitsky, his story has had a grim afterlife. In March, the lawyer representing his family survived a fall from a fourth-floor balcony. He told NBC News that the fall was “no accident.”

Posted at 06:32 AM in Current Affairs, Eponyms, Journalism, Politics, Word of the Week | Permalink

Jacob Weisberg interviewed Anne Applebaum (Washington Post) on yesterday's Trumpcast podcast about the Magnitsky act and the meeting of traitors Jr Trump, Jared Kushner, and Manafort with Ms. Veselnitskaya. Applebaum has been on this case since at least June 2016, and this revelation even surprised her. Holy cow.