Start with Chella Bod. It’s unclear when “Coachella” was truncated to “Chella”; amazingly, neither “Chella bod” nor Chella-as-abbreviated-place-name has been logged in Urban Dictionary. (“Bod” as abbreviation for “physical body” has been documented since 1933.) A Chella Bod is the toned and chiseled physique suitable for flaunting semi-clothed under a hot desert sun. As Michael Hafford puts it, “The Chella Bod guys have V cuts** and abs that dynamite out of board shorts and the Chella Bod girls seem to be smuggling basketballs in their daisy dukes.”*** 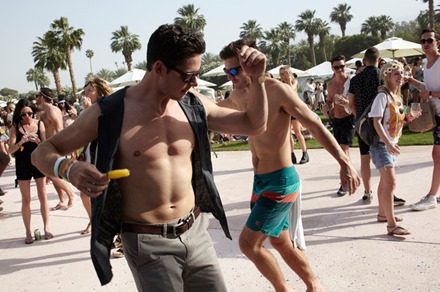 Instagram is the (now) well-known photo-sharing platform, but it behooves us to recall that the company launched its first version, for iOS devices, in October 2010, and its Android version in April 2012. It isn’t new, but it isn’t ancient, either.

Finally, there’s the word of the week, thirst trap. Yes, that’s two words, but they count as one because they’ve fused into an idiom. Thirst here means “lust for attention,” a meaning that was recorded in Urban Dictionary back in 2005. Thirsty – “so hungry for a romantic partner as to appear desperate” – was a runner-up Most Euphemistic Word of the Year in the American Dialect Society’s 2014 vote. (That was the year #blacklivesmatter was the overall WOTY winner.)

Urban Dictionary’s top definition for thirst trap, recorded in 2011, is “any statement or picture used to intentionally create attention or ‘thirst’.” Thirst trap generated thirst trapping, whose top UD definition is the embittered “The act of looking very attractive to the opposing gender to lead them on to rejection.” 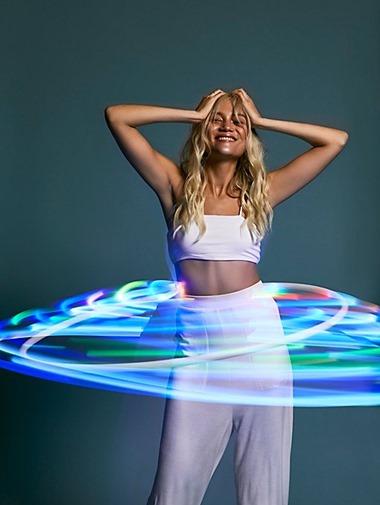 Now that we’ve deciphered a formerly opaque sentence, go forth and enjoy the rest of Hafford’s article, which contains this mini-manifesto:

Like vintage Italian sports cars, the Chella Bod needs premium fuel to survive. You’re not going to get premium fuel at Coachella; in fact, you’ll be getting the opposite: muck. Glorious muck. Festivals are about taking things as you can get them—food, liquor, drugs, Cheetos, experiences, whatever—and walking through the world in a haze, waiting in a bathroom line for a half hour, worrying about where to charge your cell phone and finding your lost friends. Of course, you’re free to stand in line for half an hour to get a $15 salad, but please stay the hell away from me. Go take your shirtless photos in front of the Ferris wheel with your organic chickpea salad and leave me be.

Bonus link: John Seabrook wrote about the origins of the Coachella festival for the New Yorker’s April 17 issue.

* “Co-chella” is in fact closer to the original pronunciation. The place name comes from a mispronunciation of Spanish conchilla (“little shell”), which is pronounced cone-chee-ya, but once it was mis-written, literal-minded Anglos insisted on pronouncing ev-er-y syl-la-ble. Read more about Coachella’s “bastard” etymology in this Language Hat post. By the way, if you go to the Coachella Valley for non-festival purposes, which I recommend, be sure to make a stop at Shields Date Garden (“Since 1924”) and order a date shake to sip while you watch the totally G-rated documentary “Romance and Sex Life of the Date.” You could also watch it here, but it wouldn’t be the same.

** V-cut: toned lower-abdominal muscles that form a V shape above the groin.

*** Daisy Dukes: Form-fitting denim short-shorts similar to those worn by Daisy Duke, a fictional character portrayed by Catherine Bach in the 1979-1985 TV sitcom “The Dukes of Hazzard.”

Posted at 06:54 AM in Fashion, Idioms, Magazines, Slang, Twitter, Word of the Week | Permalink