Four-letter words may suggest taboo terms to many English-speakers, but in some corners of the branding universe they’re the holy grail. (This despite the fact that there’s no conclusive evidence that companies with short names are more successful than companies with medium or long names.) As a brand name, Oath is far from unique or even distinctive – more about that in a bit – but it’s undeniably short: four letters, one syllable. If that’s your game, well played.

And oath is indisputably old: Old English old. It was originally spelled aþe – the middle character is a thorn, which still exists in Icelandic but was replaced by /th/ in English – and it appeared in Beowulf (“He me aþas swor”) in 472 CE, and in an early English New Testament. That oath had the sense of “a solemn or formal declaration invoking God (or a god, or other object of reverence) as witness to the truth of a statement, or to the binding nature of a promise or undertaking” (source: OED). We still have that sense of oath: we see it in the Hippocratic oath taken by physicians, in the oaths sworn by public officials, and in the infamous loyalty oaths of the McCarthy Era.

In the early 13th century a second meaning of oath began appearing: “a profane or blasphemous utterance; a curse.” We still have that sense as well: “His anguished shriek was even louder than his previous noisy protests and oaths of frustration” is an example sentence from 1990 in the OED.

Although oath is a short word, it’s not universally easy to pronounce, even by native English speakers. That /th/ sound is tricky: in Estuary English and other dialects it’s subject to fronting, so that oath becomes, I regret to say, oaf. In other dialects, including those spoken in parts of Ireland, /th/ is closer to /t/: oath is pronounced oat. And good luck if you’re a native speaker of French or Spanish.

Then there’s that “profane or blasphemous” meaning, which invites no end of mockery.

@Fritinancy @BeautyMarks @bagnese As in "Why the @#$!^ is anyone still using AOL or Yahoo"?

I’m obliged to mention as well that peculiar colon after the name, which of course serves to satisfy only the graphic designer who inserted it there. Everyone else will happily ignore it. (Since 2009 Aol. has officially been lower case, with a period in its name. Did anyone other than internal brand-standards people ever care? Nope. And now no one will ever have to.) A TechCrunch reporter speculated that the Oath colon “seems to serve as some comprise [sic] between the Aol period and Yahoo exclamation mark — and, the company no doubt hopes, some open-ended peek into the future.”**

As for why “Oath” was selected as the name … well, Adweek posed that question to AOL’s chief marketing officer, Allie Kline, and got a waffly, CorpSpeak-y response:

I think that what we always do with a name like Oath that was extremely bold—it’s not a made-up word; it has a real meaning; it’s a thing that nobody would ever name a media company except for us—we knew that it would require great context. And unfortunately, with 17 minutes notice, we couldn’t get the context out. So I don’t think you would have had that same experience had the leak not happened. But I do think today with the settling of Oath and the context being provided around it, there is a deep rallying within the industry and certainly in the broader community how important it is to have a values-led brand and how meaningful it is, particularly in this time in our society over any other. So I actually think that with that context, we’re seeing quite a lot more enthusiasm and excitement around a brand. I think any time you bring a brand to market, there is going to be reaction and energy, and I think we more than anything will measure ourselves against the volume of energy versus the sentiment of that energy.

Seventeen minutes’ notice? “The leak”? The tweet came from the CEO; he didn’t invent the name on the spot. Even if there was no official press release, the marketing department should have had some sense of the story behind the name. (For comparison, read the story behind another recent renaming: Anyperk to Fond, named by my colleague Anthony Shore, who did an excellent job schooling his client in how to talk about the name.)

In fact, Adweek’s next question tries to probe the discrepancy:

That makes me wonder about the debate over fake news and news trustworthiness. Did that factor into the decision to call it Oath at all?

It’s funny. We had the name about six months ago. We don’t think the brand’s name is at all opportunistic, but it is launching at an opportunistic time. We chose it because AOL and Yahoo are 30-year-old brands. In our industry, it’s very rare to have a brand that’s been in market that long and is growing and thriving and still touching millions and billions of consumers’ lives. So we wanted a name that wouldn’t go away in five years but that could be longstanding and be another 30-year brand. And we again wanted a name that represented the brands housed in it. That’s why we came to Oath. It has the benefit of being highly relevant today, but that wasn’t the grounding principle behind our strategy.

When CEO Tim Armstrong talked to TechCrunch, he told a different story. “The reality,” he said, “is that ‘Oath’ rhymes with ‘growth,’ and that’s our job, to grow.”

“Oath” also rhymes with loath (the adjective meaning “unwilling” or “reluctant,” not the verb loathe meaning “despise”). And there’s more – but admittedly not a lot more.

@bgzimmer @Fritinancy It also rhymes with "quoth", so I'm preparing for an influx of ravens.

Add to the list sloth, the animal … but only if you’re British. Americans rhyme it with moth.

To many instant critics, “Oath” has sinister overtones suggesting heavy metal, and indeed there have been a bunch of bands with “Oath” in their names, including Sacred Oath, Black Oath, Ceremonial Oath, and The Oath. Techies saw something familiar in “Oath” as well: it’s the name of an organization that advocates for open authentication (O-AUTH).

There’s a chain of “craft pizza” restaurants in the Boston area called Oath, with a gratuitous diacritical mark over the O. Why “Oath”? They’re not saying. (Their unhelpful slogan: “Nothing tastes like Oath because nothing is made like Oath.”) 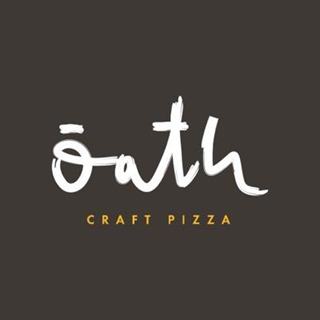 Patrick since we love Oath: I got you. How about I treat Nantucket to free tomorrow - $5K of free pizza. 44 Straight Wharf. Go there/Eat. https://t.co/clMCRdxcSg

(Nantucket? Maybe Mr. Armstrong would enjoy the limerick by @JFD8, above.)

Pizza and metal bands don’t worry me. But I think the newest Oath should be at least mildly concerned about Oath Keepers. According to the Southern Poverty Law Center, which tracks the rise and spread of hate groups in the U.S., Oath Keepers “is one of the largest radical antigovernment groups in the U.S. today. While it claims only to be defending the Constitution, the entire organization is based on a set of baseless conspiracy theories about the federal government working to destroy the liberties of Americans.” Read the rest of the entry for direct quotes that paint a grim picture. 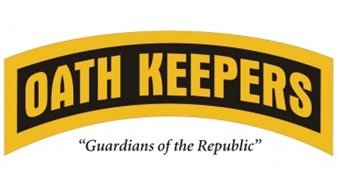 By summer, when Verizon’s Oath formally debuts, perhaps the name’s semantics will be sorted out. In the meantime, a warning to be careful what you wish for: Sometimes a short old name hits the sweet spot, and sometimes it turns out to be a curse.

Update: “On a scale from 1 to Pretentious as Fuck ... Oath scores a 10. ... I find the name completely ridiculous, pretentious, annoying, and, above all, irrelevant to anything having to do with digital media.” - Brand New blog

* This quote does not appear on the authoritative Churchill Central site; when citations for it appear at all, they’re attributed to recent sources as the political pollster Frank Luntz and the usability “guru” Jakob Nielsen.

** Yahoo – fine, Yahoo! – is not quite going away, but a big chunk of it now belongs to China and has been renamed Altaba.