New writing for the Visual Thesaurus and Strong Language

The names of some of the world’s most successful brands – from Accenture to Zantac – were widely ridiculed when they were first announced. In my latest column for the Visual Thesaurus, “Why Do We Hate New Names?”, I look at the causes of name aversion and the reason we eventually change our minds. (Hint: Zajonc effect.)

Why do we tend to react strongly and negatively to unfamiliar words, which, after all, have no power to physically harm us? Probably because humans are wired to reject novelty. In our prehistory, any mysterious plant might have been toxic; any strange person could have posed a threat. We favor familiarity in our environments – and our words. “It is common to bat away linguistic novelty – ‘It won't catch on’,” wrote the language expert Henry Hitchings in 2011. “Such disdain is tinged with anxiety, and to speak of ‘our’ language is to identify the source of this fear. For while no one truly owns English or any other natural language, we feel proprietorial about the language that we speak and write. As a result we are apt to look on linguistic changes – including new words – as personal affronts.”

Two hundred fifty years ago, Hitchings adds, the lexicographer Samuel Johnson disparaged the noun finesse as “an unnecessary word which is creeping into the language.” I’d add that a century ago, the writer and language-advice-giver Ambrose Bierce told Americans to avoid the adjective talented because “there was never the verb ‘to talent’.” In the same vein, a lot of people hated lunch, jeopardize, and the verb to contact – that last usage until as recently as the 1960s. We know how those controversies ended.

Read the rest of the column. And thanks to Jan Freeman, author of Write It Right, for the Ambrose Bierce examples!

Elsewhere on the web, I’ve written a few posts for Strong Language, the sweary blog about swearing, that I’ve neglected to flog here. Earlier this month, I wrote about “AF,” the sweary acronym that’s made a commercial debut in New York subway ads for FoodKick, a meal- and booze-delivery service. I also took a figurative bite out of the idiom “shit sandwich,” and rounded up a bunch of sweary-yet-edifying links. While you’re over at Strong Language, check out my collaborators’ posts, too, and leave a comment or a “like” to give us a reason to keep on keeping on. 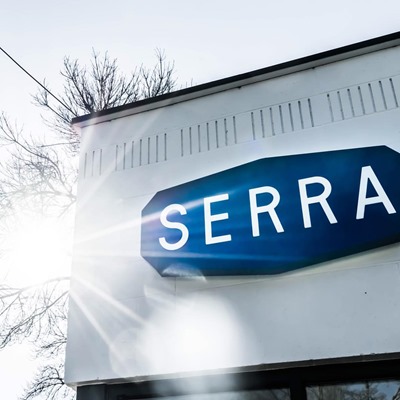 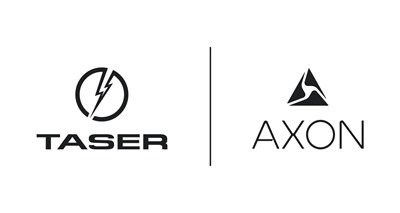 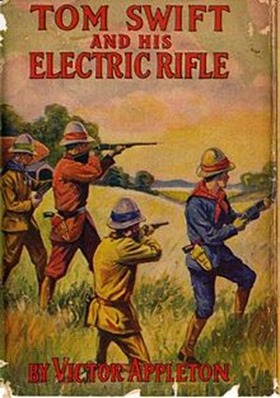 Continue reading "They are Axon" »

Posted at 07:33 AM in Naming, Renaming, Slogans and Taglines, Technology | Permalink | Comments (2) 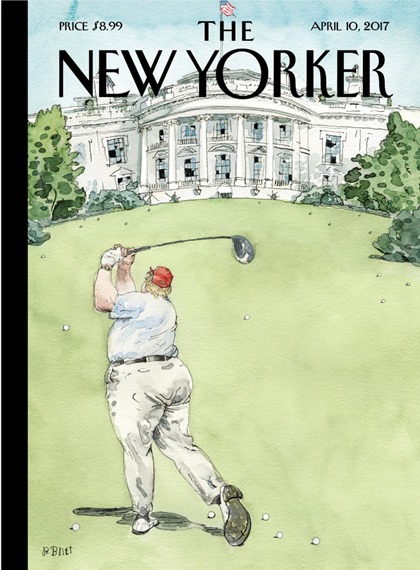 Word of the week: Sprachgefühl

When your livelihood involves plying words rather than, say, grinding coffee beans or uploading cat photographs or welding slabs of sheet metal, your success or failure depends on skill and knowledge, to be sure. It also depends on a sixth sense that, even though the words in question may be English ones, has a German name: sprachgefühl. It means, literally, “a feeling for language” – sprach is related to English “speech,” and fühl to “feel” – and like some other mouth-filling German words (weltanschauung, gemütlichkeit, schadenfreude) seems both slightly untranslatable and immediately, intuitively understandable.* With sprachgefühl, you’ve either got it or you don’t. 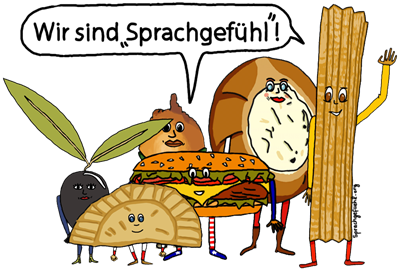 “We are Sprachgefühl.” from a cartoon guide for German-language learners called, appropriately, Sprachgefühl.