For starters, note that great here means “excellent.” It took about 800 years for that meaning to emerge, and then only among American speakers of English. Second, note that some genius at Great Clips HQ approved the “It’s Gonna Be Great” slogan, evidently deeming it greater than “Relax, You’re at Great Clips,” the previous slogan. In fact, they’re both bad. When your company name already tells us (wistfully) that you’re great, you don’t need to – and shouldn’t – repeat the word in your tagline. Instead, you should give us some supporting evidence, a benefit, or a reason to believe. (Free example: “Great Clips: Make Every Day a Good Hair Day.”)

The second great that caught my attention appeared in this Twitter exchange between Congressman Adam Schiff, who represents California’s 28th District, and the 45th U.S. president.

Glad you think it was great, @POTUS. Would have been greater if you didn't treat NATO like protection racket, or allies like deadbeats. pic.twitter.com/Bbn5buiR0G

Rep. Schiff is no dummy: He zeroed in on a word in heavy rotation in the president’s limited lexicon. In fact, one computation made during the 2016 campaign determined that great was the sixth most “Trumpish” word in the then-candidate’s vocabulary. (The top four: I, they, you, Trump, very.) Great appears 116 times in The Art of the Deal, Trump’s 384-page 1988 memoir ghostwritten by Tony Schwartz; 148 times in the 348-page Think Big, published in 2008; and 78 times in the 208-page 2015 campaign book Great Again (originally titled Crippled America).

Trump also uses great reflexively in his tweets: “Great meeting with the @RepublicanStudy committee this morning at the White House!” “My representatives had a great meeting w/ the Hispanic Chamber of Commerce at the WH today.” “Great progress on healthcare.” “Big crowd of great people expected.” “Great optimism in America – and the results will be even better!” “Proud to welcome our great Cabinet for our first meeting.” (Examples culled from less than one week of tweeting.) Here as elsewhere, he appears to choose great where a more modulated president would use good (or would at least vary the synonyms occasionally).

Just as awesome didn’t always mean great, great didn’t always mean very good. In Old English, great meant thick, fat, or bulky; it could also mean “coarse.” (It also produced a verb, greaten, “to become enlarged.” The verb form became archaic in the 17th century.) As early as the 11th century, great was used in surnames such as Greatseod (“great purse”; probably denoting a wealthy person) and Gretword (“perhaps denoting a braggart”). From the 13th century on, great appeared in place names to designate the larger of two places of the same name (Great Eccleston, Great Livermere). By Shakespeare’s time, great could signify “having high position or status”; that’s the sense Malvolio employs in Twelfth Night (1602) when he says “Some are born great, some achieve greatness, and some have greatness thrust upon ’em,”

It took until the first half of the 19th century for great to acquire the sense of “excellent” or “wonderful.” The OED cites Frederick Marryat (1792-1848), a British Royal Navy officer, who in 1839 published his Diary in America, a critical travelogue. “The word great is oddly used for fine, splendid,” Marryat observed of Americans. He gave the following sentence example: “She’s the greatest gal in the whole Union.”

The excellent meaning has existed side by side with the big and important meanings of great. World War I was the Great War from 1914 to 1940 not because it was wonderful but because it was extensive. The Great American Novel, a phrase first attested in 1868, is “a novel regarded as being of superior merit and encapsulating American values and experiences or evoking the ethos of its era,” according to the OED. Philip Roth took it as the title of his 1973 satiric novel about baseball and Communism. 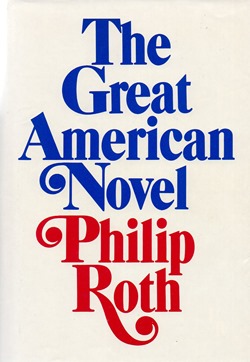 Great is popular among the namers of businesses and products who subscribe to the rarely encouraged “tell, don’t show” philosophy. I counted 5,027 live trademarks in the USPTO database; the oldest is for the Great States lawn mower company, founded in 1923 in Richmond, Indiana. And it’s wildly popular among sloganeers as well. Within the last few months, there’s been a flurry of trademark-seekers hoping to ride the coattails of “Make America Great Again,” Trump’s winning campaign slogan.* I counted 166 of these copycat slogans, including:

Make Astrology Great Again (if you must)

…and, unsurprisingly, Make Sex Great Again. The hopeful applicant is adult-toy maker Ella Paradis, which jumped on the bandwagon early, in March 2016.

* On January 27, 2017, a lawyer named Jay R. Yablon, representing the America in Harm’s Way dba Keep America Great! LLC, in Homer, New York, filed for trademark protection of a new slogan, Keep America Great, with and without an exclamation mark. It’s said to be the slogan of Trump’s planned reelection campaign in 2020

Posted at 06:30 AM in Advertising, Etymology, Names in the News, Politics, Slogans and Taglines, Titles, Trademark, Word of the Week | Permalink