Word of the week: Bamboozle

Like last week’s word, stooge, bamboozle – to fool or cheat someone – is not quite what it appears to be. It has nothing to do with booze, whose origin is a Middle Dutch word meaning “to drink a lot.” Nor is it one of those flavorful 19th-century American slang words connoting fraud, like hornswoggle, humbug, and bunkum.

Bamboozle first appeared in England around 1700; the OED says it may have been a thieves’ cant word like fake and phony. Or it may come from a Scots word, bombaze, which is related to bombast and means “perplex.” Or – says the Online Etymology Dictionary – it may be related to the French word embabouiner: to make a fool (literally ‘baboon’) of.”

What we know for sure is that in the first decade of the 18th century, bamboozle was being deplored as one of those newfangled words the English language would be better off without. The Merriam-Webster entry for bamboozle includes this note:

In 1710, Irish author Jonathan Swift wrote an article on “the continual Corruption of our English Tongue” in which he complained of “the Choice of certain Words invented by some pretty Fellows.” Among the inventions Swift disliked were bamboozle, bubble (a dupe), put (a fool), and sham. (Perhaps he objected to the use of sham as a verb; he himself had used the adjective meaning “false” a couple of years previously.) What all these words appear to have in common is a connection to the underworld as jargon of criminals. Other than that, the origin of bamboozle remains a mystery, but the over-300-year-old word has clearly defied Swift's assertion that “All new affected Modes of Speech . . . are the first perishing Parts in any Language.”

Indeed, bamboozle and its adjectival form, bamboozled, have proved remarkably hardy and versatile. 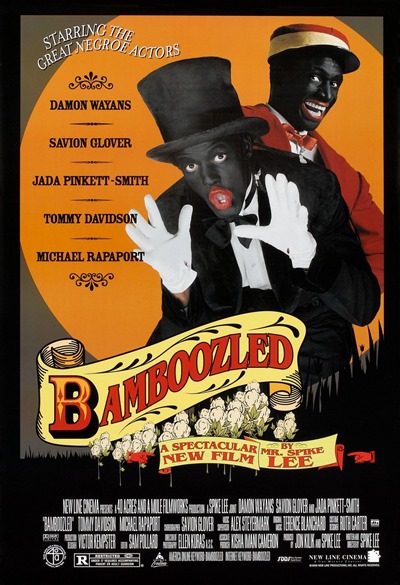 Bamboozled was director Spike Lee’s 2000 satire about a televised minstrel show featuring African American actors in blackface. The title comes from a speech by Malcolm X: “I say and I say it again: You been had! You been took! You been hoodwinked! Bamboozled! Led astray! Run amok!”

“Bamboozled” is the name of the consumer-affairs column published by New Jersey Advance Media (NJ.com).

Bamboozle is often seen in association with salesmen and performers, so it’s not surprising that this word – like vainglorious – has attached itself, again and again, to the current occupant of the White House and Mar-a-Lago.

The mainstream media’s ability to bootstrap itself back into the good graces of Trump supporters in Middle America is limited. It will take other influencers—venerated CEOs, religious leaders, celebrities, local and state level officials and Republican leaders to resist Trump’s effort to bamboozle Americans into mistrusting the most professional and careful sources of public information that exist.

The Week on January 3:

And I found bamboozle in an article from New Zealand (“Italy’s no-ruck tactic bamboozled England in the Six Nations”) and in a tweet from India.

Never mind. It's all a clever ploy to bamboozle Pakistan. https://t.co/jrBFM3qfGK

One of the most perceptive and timeless uses of bamboozle comes from the American astronomer Carl Sagan, who wrote in his 1995 book Demon-Haunted World: Science as a Candle in the Dark:

One of the saddest lessons of history is this: If we’ve been bamboozled long enough, we tend to reject any evidence of the bamboozle. We’re no longer interested in finding out the truth. The bamboozle has captured us. It’s simply too painful to acknowledge, even to ourselves, that we’ve been taken. Once you give a charlatan power over you, you almost never get it back.

Posted at 06:15 AM in Film, Media, Politics, Slang, Titles, Word of the Week | Permalink