Last week five Democratic congressmen introduced a bill that would require the Trump administration to release the visitor logs at the White House or wherever else the president holds court – including Mar-a-Lago, the Trump-owned private Florida club that the president likes to call the “Southern White House” and which the club’s website calls “The Legendary Pinnacle of Palm Beach.”

The name of the bill: Making Access Records Available to Lead American Government Openness, or MAR-A-LAGO. 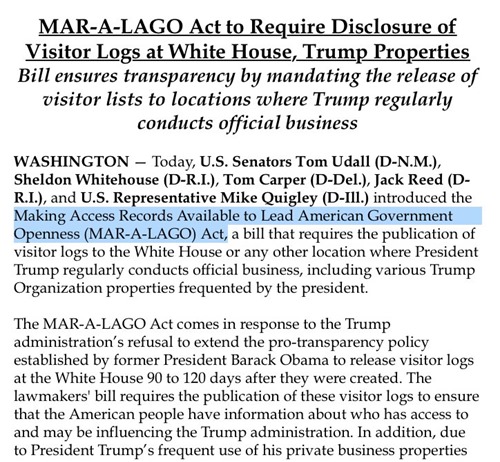 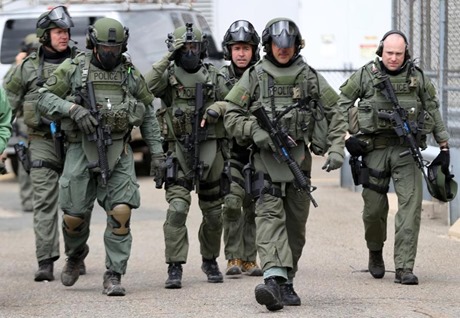 Posted at 07:56 AM in Acronyms, Current Affairs, Names in the News, Politics | Permalink | Comments (1)

Word of the week: Debacle

On March 24, Republican Congressional leaders withdrew the American Health Care Act – H.R. 1628, also known as AHCA, TrumpCare, RepubliCare, and RyanCare (after the House Speaker) – a mere 16 days after it was introduced in committee. The bill had been slapped together as a fulfillment of the “repeal and replace Obamacare” promise that Donald Trump had repeatedly made on the campaign trail, and which Republicans had been clamoring for since 2009, when “Obamacare” (the Affordable Care Act) became law. But it satisfied almost no one, and it was clearly not going to get enough House votes to be passed on to the Senate.

What to call this turn of events? CNN said it was “an epic failure.” Fox Business called it a “stinging defeat.” The Washington Post chose fiasco, a bit of 19th-century theater slang that borrows an Italian word for bottle, although the connection with failure is now obscure. On Twitter, conservative columnist Ben Shapiro it “self-beclowning.”

But many observers summoned up a word with French roots and nonpolitical origins: debacle.

Posted at 06:19 AM in Current Affairs, French, Politics, Word of the Week | Permalink | Comments (4) 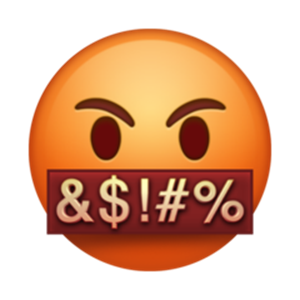 Posted at 06:30 AM in Advertising, Etymology, Names in the News, Politics, Slogans and Taglines, Titles, Trademark, Word of the Week | Permalink | Comments (1)

Word of the week: Bamboozle

Like last week’s word, stooge, bamboozle – to fool or cheat someone – is not quite what it appears to be. It has nothing to do with booze, whose origin is a Middle Dutch word meaning “to drink a lot.” Nor is it one of those flavorful 19th-century American slang words connoting fraud, like hornswoggle, humbug, and bunkum.

Bamboozle first appeared in England around 1700; the OED says it may have been a thieves’ cant word like fake and phony. Or it may come from a Scots word, bombaze, which is related to bombast and means “perplex.” Or – says the Online Etymology Dictionary – it may be related to the French word embabouiner: to make a fool (literally ‘baboon’) of.”

What we know for sure is that in the first decade of the 18th century, bamboozle was being deplored as one of those newfangled words the English language would be better off without. The Merriam-Webster entry for bamboozle includes this note:

In 1710, Irish author Jonathan Swift wrote an article on “the continual Corruption of our English Tongue” in which he complained of “the Choice of certain Words invented by some pretty Fellows.” Among the inventions Swift disliked were bamboozle, bubble (a dupe), put (a fool), and sham. (Perhaps he objected to the use of sham as a verb; he himself had used the adjective meaning “false” a couple of years previously.) What all these words appear to have in common is a connection to the underworld as jargon of criminals. Other than that, the origin of bamboozle remains a mystery, but the over-300-year-old word has clearly defied Swift's assertion that “All new affected Modes of Speech . . . are the first perishing Parts in any Language.”

Name in the news: Yerdle

Yesterday was the birthday of Theodor Seuss Geisel (1904–1991), best known as Dr. Seuss, author of beloved and best-selling children’s books such as The Cat in the Hat and The Lorax.

Coincidentally, I’m sure, it was also the day my local public radio station, KQED, aired a story by Sam Harnett about how “politics is killing workplace productivity.”

The whole story is worth a read (or listen), but the reason I’m writing this post is the Seussian company name at the very beginning:

Only one time before has CEO Andy Ruben seen his co-workers so distracted by the news, and that was a very different situation: 9/11.

Ruben is CEO of Yerdle, a San Francisco company that helps retailers resell used products. Since the election of Donald Trump and subsequent political turmoil, Ruben said it has been hard to keep his workers focused.

I can’t recall hearing about Yerdle before this, even though it’s headquartered across the bay in San Francisco and has been around for five years. It keeps a pretty low profile: It has no Twitter presence, and its Facebook Marketplace group isn’t public. The main website’s About Us page still contains a [LINK TO FB GROUP] note to self.

Now that I know the name, however, I can’t stop wondering about it. 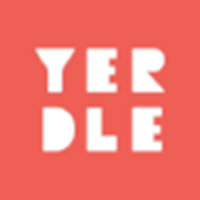