Stooge, I have since learned, is a relatively recent addition to the lexicon. It first appeared in print in 1913, in the Saturday Evening Post, and it originally had a theatrical meaning: a stage assistant, or an actor who assists a comedian. Its origin is uncertain; it may have been an alteration of student (jokingly mispronounced STOO-jent), because students were often employed as stage hands in the U.S. It gradually took on additional meanings of “straight man in a comedy act,” “someone who is taken advantage of by another,” and “stool pigeon.”

By the 1930s stooge had crossed the Atlantic and acquired a new meaning, popularized by H.G. Wells: an unquestioningly loyal or obsequious subordinate, a lackey. During World War II the Royal Air Force adopted stooge as shorthand for “a flight during which one does not expect to encounter the enemy”; during the Cold War the epithet “Communist stooge” was attached to anyone who didn’t meet stringent standards for uncritical jingoism, including playwright Arthur Miller, President Dwight Eisenhower, Martin Luther King Jr., and other public figures.

Stooge was in the news last week thanks to a New York magazine story about former libertarian stalwart Rand Paul, the junior senator from Kentucky who had a brief run for president in 2016.

(The headline of that story says “Fox News Congratulates Rand Paul For Being Loyal Trump Stooge,” but the URL substitutes toady for stooge. Toady, a much older word, has a colorful history; it connotes a tad more sycophancy than stooge.) 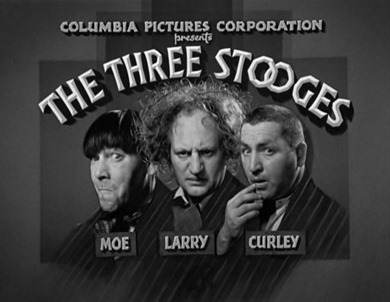 Three Stooges title card, 1936. Originally billed as “Ted Healy and His Stooges,” the act debuted in movies in 1930 and probably helped shift the meaning of stooge from “stage assistant” to “the butt of a joke.” Read my 2012 post about a famous Stooges expression.

But that’s not the only recent context for stooge. Scott Pruitt, recently confirmed as head of the Environmental Protection Agency, has been tagged an “oil and gas industry stooge.” Tulsi Gabbard, a Democratic congresswoman from Hawaii, was labeled “a stooge for Syria’s dictator.” And both candidates for the chairmanship of the Democratic National Committee were scorned as stooges.

So...the George Soros stooge (Tom Perez) gets chosen for #DNCChair over the Alex Soros stooge (Keith Ellison). The Dems in a nutshell y'all.

British Prime Minister Theresa May comes in for some stooge-shaming.

@ToryEurosceptic @7templarknight7 Globalist stooge Theresa May doesn't like British flags. Her Thought Police have them taken down.

Nor has Donald Trump escaped the stooge label.

Because he is a Russian stooge of whom his propagandist says "his powers will not be questioned": He. Must. Go. pic.twitter.com/duttzf0W4O

The proto-punk band Iggy and the Stooges – originally the Psychedelic Stooges – defiantly reclaimed stooge during its long reign (1967 to 2016). The band was the subject of a 2016 documentary directed by Jim Jarmusch, Gimme Danger. 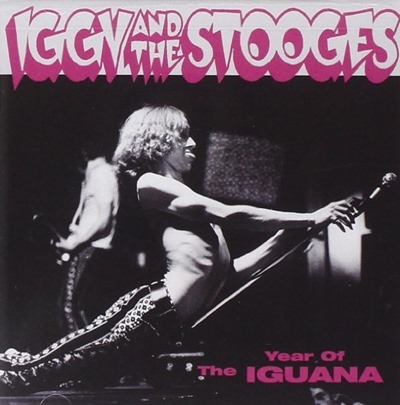 Posted at 06:10 AM in Film, Music, Naming, Politics, Slang, Word of the Week | Permalink

"Judy O'Brien is an aspiring ballerina in a dance troupe. Also in the company is Bubbles, a brash mantrap who leaves the struggling troupe for a career in burlesque. When the company disbands, Bubbles gives Judy a thankless job as her stooge. The two eventually clash when both fall for the same man."

Somehow "Judy" becomes a wildly successful solo dancing star, in part by highlighting the contrast with "Bubbles," whose part of the act consists in making the star look good and herself ridiculous. The picture includes one of those news-headline montages in which the word "stooge" is prominent. (Successful dance acts seem to be tabloid front page news in the world of this script.) I find it hard to capture the weirdness of this movie--I suggest you watch it, though I can't guarantee you'll actually enjoy the experience.