I’ve been tracking smart in product and company branding for a couple of years (see this blog post and this Visual Thesaurus column), but I’ve still been amazed and amused by a recent cascade of smart brands – a smartnado, if you will. Many of the newer smart brands don’t even incorporate tiny artificial brains: They’re just attempting to tell us that they’re geniuses at whatever they do.

For example, until last month I hadn’t known there was such a thing as smart cremation. Then I received a mailing from Smart Cremation. 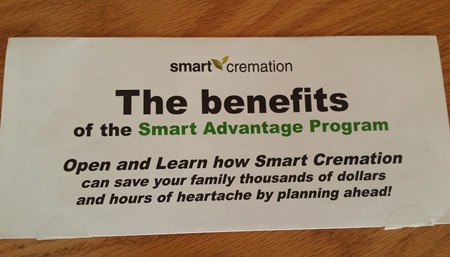 Here smart seems to imply “lower cost” rather than “connected to the Web” or “souped-up combustion.” But I could be mistaken.

If you’re hoping to postpone the need for Smart Cremation, you may want to stock up on SmartMade meals by SmartOnes. They’re smart, you see, because they use “ingredients and cooking techniques that you would use at home.” And you’re smart! But also lazy. Where to buy? Use the Smart Finder.

Back in the world of technology, where smart first caught fire – it all started with smart bomb (1970) – last month’s CES (Consumer Electronics Show) in Las Vegas was littered with smart stuff. The Internet of Shit (“Why not put a chip in it”) doggedly documented it.

There was a smart belt…

Smart belt that uh. Calories? I guess it can taste them #CES2017 pic.twitter.com/vnfDSwBWVe

…and a smart desk…

…and some weird-looking “smart apparel technology”…

…and a smart suitcase cover…

…and a smart pillow, so even your downtime can be high-IQ.

Macrumors reported on the Smart Cane (“If the user deviates from the ‘normal’ usage, or if the cane detects something like a fall, it will automatically alert a specified contact of this” [sic]). Mashable reported on a smart showerhead (“douche intelligente connectée”) from the French company Hydrao that uses colored LED lights to show you how much water you’re using. 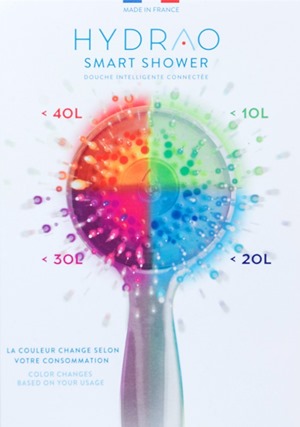 And then there’s Edwin, “the app-connected smart duck you and your kids will love.” It (he?) has a nightlight, a “sound soother,” a waterproof speaker, a thermometer, and built-in songs and stories. It (he?) costs $49.99. 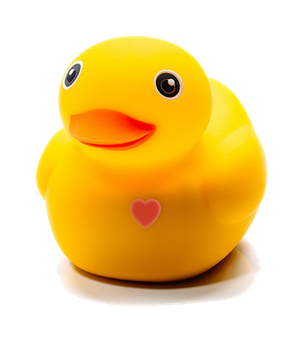 I poked around the U.S. Patent and Trademark Office’s database and found 12,240 live trademarks incorporating the word smart. Within the last 12 months, applications have been filed for Tattoo Smart (“purveyors of tools for the tattoooing professional”), DivorceSmart Esq. (“collaborative divorce and family law”), Smartliner (buses and minibuses; not to be confused with Smartliner boats), Smart Parka (clothing), Smart Bunk Bed (furniture), and Smartears (painful-sounding contact lenses, not to be confused with Smart Ear wireless earbuds), along with many more.

Are you getting the picture? Smart isn’t just a cane; it’s a crutch. It’s overused and meaningless. And it sets you up for future worries, As Mike Pope put it in a comment on my Visual Thesaurus column: “To my mind, it's not a winning strategy to label something ‘smart’ just because today it has more capabilities than yesterday’s model.”

My advice to entrepreneurs eager to cash in on this trend: Be smart. Find a more distinctive way to talk about it.

Posted at 08:48 AM in Death, Naming, Technology, Trends | Permalink

And being distinctive does NOT mean spelling it SMAHT or SMARRT or thinking you'll be classy by using INTELLIGENT instead of SMART.

(But thank you for checking.)

A smart belt named "Welt?" Sounds like what you would find on your backside after a good whuppin' with a belt. Also, "Welt" is German for "world," for whatever that's worth.
The use of "digital" intrigues me too. It's usage is similar, but more specific than "smart." At Costco, I saw "Digital Socks" for sale. What's next, digital porkchops?